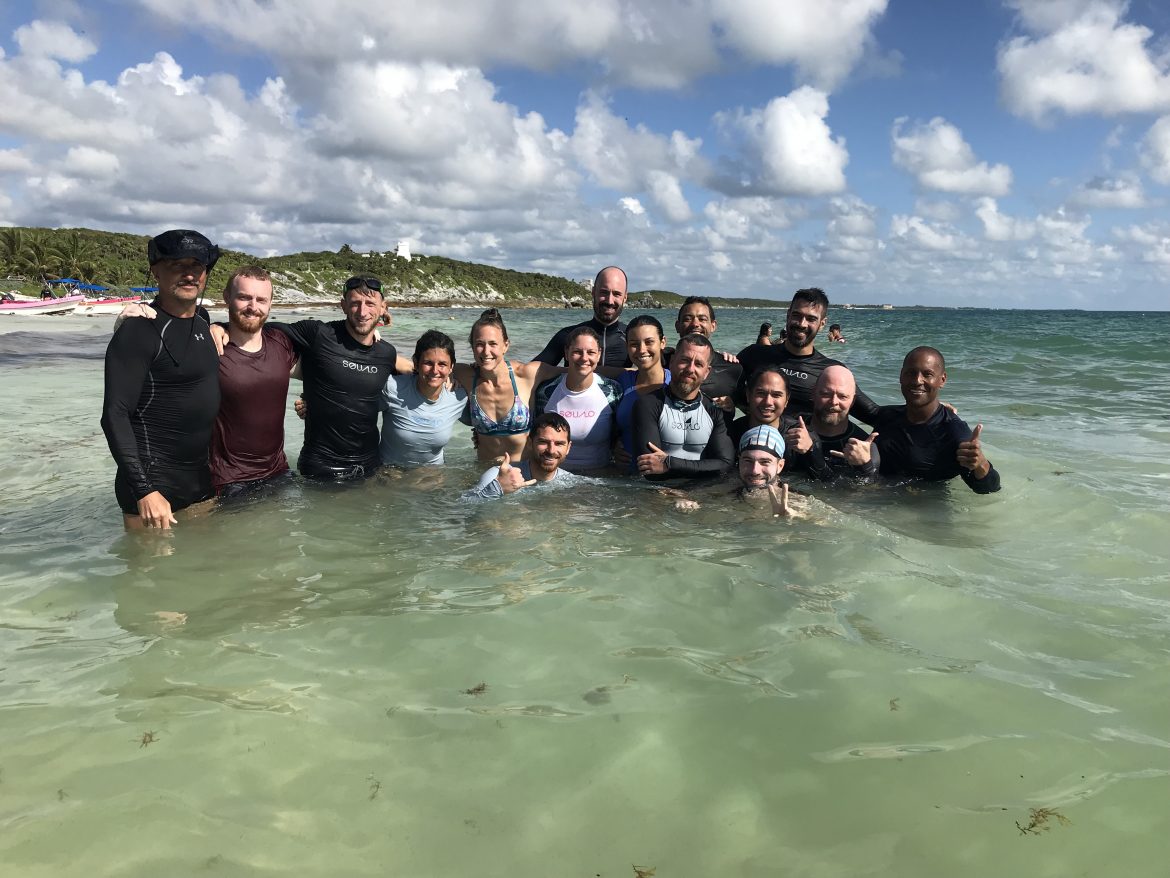 Several years ago I was very overweight, extremely unfit, and due to a chronic knee injury, unable to do any of the traditional exercises that I thought would help me lose weight. My solution was to join a local YMCA that had a pool and swim (and change my eating patterns). Swimming didn’t hurt my knee. So, I could do that. The first time in the pool I swam three halting laps. I was so shaky, I could barely climb out of the pool. But day after day, I swam longer and longer distances. I was soon able to swim half a mile, then a mile, then two. I was slow. It was hard. However, I could swim. And I got stronger.

After losing enough weight and gaining enough strength that other training options opened up, I stumbled across MovNat. I quickly tire of routine, becoming bored with doing the same repetitive mindless tasks. MovNat was fun, it was practical, it made sense, and it allowed me to become fitter without the constant aches, pains, and damages that accumulate with repetitive, isolated movement.

I decided to pursue certification, and over time, worked my way to becoming a level two MovNat Certified Trainer (I’m proud of that, hence the capital letters). As a trainer, I find that people are often very willing to learn the cool stuff (the vaults, the jumps, the climbing techniques, etc.), but if I start to talk about breathing efficiency or running efficiency, many people dismiss the methods. Everyone knows how to breathe and run, right?

I say all of that to say that I felt the same about swimming. I knew, vaguely, that I could be a better swimmer if I studied a bit more. But I knew how to swim and could swim a couple of miles. So, I was ok. I initially wanted to sign up for the MovNat Aquatics Certification to learn the cool stuff I saw in the videos. Things like the drown-proofing drills, the breath holding techniques, the water survival skills were the things I chased after. If my swimming got a little better – so be it.

I recently returned from a MovNat Aquatics Certification. Allow me to say, no matter what level of swimmer you might be, no matter how comfortable in the water you are, this instruction is for you. The certification was taught by Vic Verdier, MovNat Master Instructor. He has too many qualifications for me to list easily. And frankly, I don’t even know all of them. His knowledge is immense and his ability to instruct equally as immense. 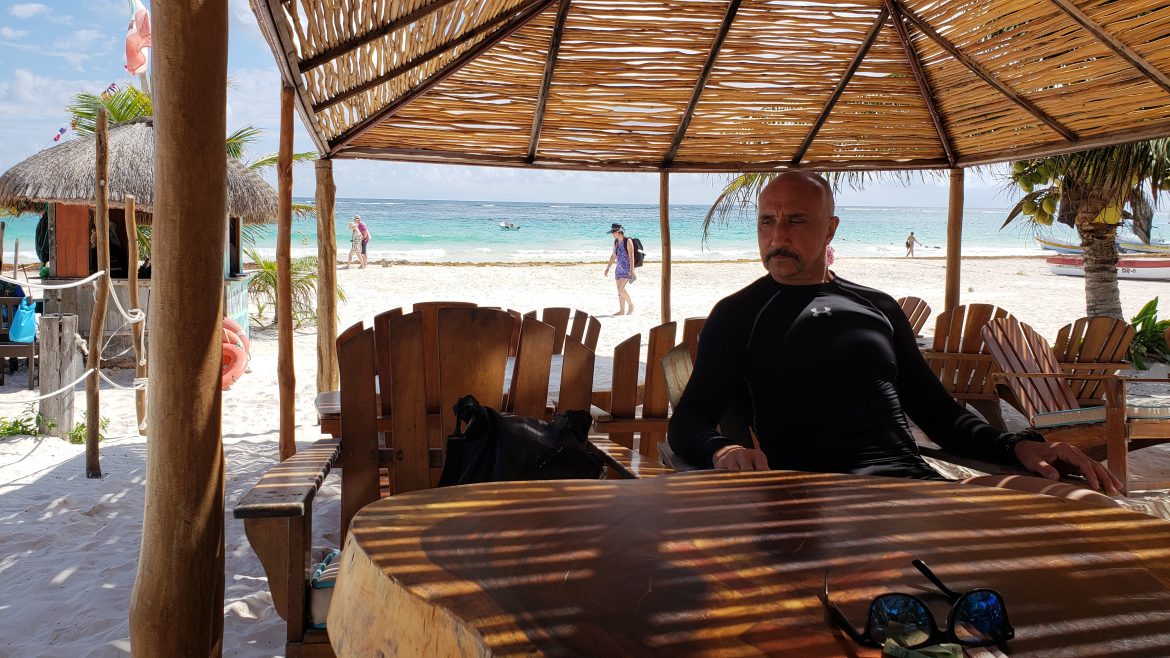 We, the course participants, had varying degrees of comfort in the water. For some, the water was not a friendly place. Others included skilled free divers and one former US Navy SEAL. Everyone learned many new things, valuable things, over the course of the weekend.

My new friends (every MovNat event or certification I’ve ever been to has been full of really great people that become new friends) and I spent six to seven hours per day in the surf on the shores of Tulum, Mexico. We learned drills and techniques to increase our breath holding time. We learned to use our clothing (yes, several times we were in the water fully clothed) as tools to keep ourselves afloat. We learned survival skills, rescue skills, and efficiency in the water.

It turns out that, just like running and breathing, efficient technique for swimming is a skill. My breaststroke and front crawl (freestyle) stroke seemed effortless rather than the strength based water-fight I’d been doing. I managed to hold my breath under water for 1:40 and that wasn’t the highest time in the group. Every one of us managed to surpass at least a minute with just a few hours instruction.

Make no mistake, the work was challenging. The ocean is not a passive environment. There was a lot of work, some of it intense. The course culminated in a simulated rescue where each of us had to run from shore fully clothed into the surf and swim approximately 20-30 meters to our “drowning victim”. When we got close, the victim sank beneath the waves. We had to dive, bring them to the surface, swim them back to a place where we could walk, and then tow them past the shoreline. I’m very confident that even the fittest among us was challenged.

The modern definition of fitness often relates to how we look at the beach, or perhaps, how many miles we can run or pounds we can lift in a controlled environment. MovNat has taught me that fitness isn’t what I can do under optimal conditions, but, rather, what I can do under the worst conditions. MovNat aquatics expands the idea of being fit to include the water. If you’ve been thinking about a MovNat workshop or certification, do it. Be strong to be useful. 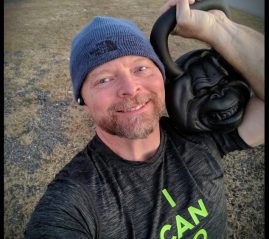 John Bates has a Master’s Degree in Rehabilitation Counseling and works for South Carolina Rehabilitation Counseling Department. He has been studying and practicing martial arts for 34 years and teaching for the past 20 years. As a certified group exercise and certified yoga instructor, John teaches martial arts and yoga at the local YMCA on the weekends and leads an open-to-the-public movement fitness group based on the principles and philosophies of MovNat. In whatever spare time he can find, John enjoys hiking, swimming, kayaking, and scuba diving.