The Internet makes many people believe that everything they need to know about anything is available online in a few clicks, but this is often not the case at all.

George Herbert: The Man, the Myth, the Legend

You have heard of the old French physical education method and its founder Georges Hebert thanks to the Men’s Health article about MovNat, maybe thanks to little bits of information available on the internet which are more-often-than-not grossly inaccurate, or maybe because of some improbable video clip randomly labeled “Le Methode Naturalle” (spelled incorrectly) uploaded by people who actually know very little about it.

According to the legend, Georges Hebert traveled the world as a young French naval officer, met indigenous tribes and observed these populations living a natural and ancestral lifestyle. Upon his return to France, the legend goes, he then simply devised his method based on his observations.

Well, that is knowing very, very little about the true genesis of Methode Naturelle. The truth is actually much more complex than the simple legend, and very interesting too.

We could indeed start to mention the various inspirations that influenced Hebert, like the ancient Greek athletes and warriors and Roman soldiers or the impressive athleticism and toughness of sailors maneuvering immense sailing vessels by running and jumping on decks, climbing masts and rope ladders and hoisting sails in all kinds of difficult conditions, day and night.

Then indeed, the indigenous warriors, hunter-gatherers, porters and tribes inspired him a lot too. But like he often underlined himself in his books, their only “guides” were instinct and necessity, not a methodical system.

You may now consequently conclude that Georges Hebert must have devised a whole training system on his own, entirely from scratch, but that would be wrong.

Hebert’s system was more-or-less a retooling of a former physical and moral education method elaborated in the beginning of the 19th century by another major precursor of physical education, Francisco Amoros.

Amoros, born Spanish in 1770 and later a military officer of the Spanish army, moved to France in the early 19th century and introduced a gymnastics concept he had created based on the educational principles of the Swiss educator Pestalozzi, himself being another education pioneer, including physical education, and preceding both Amoros and Hebert.

Amoros opened in Paris an enormous facility called “Gymnase Normal, Militaire et Civil”, the first real gymnasium in France.  Between 1817 and 1837, he will train hundreds of military physical instructors and firefighters.  He also focused on the physical education of youth and members of the Parisian bourgeoisie that were eager to keep in shape

The training principles of both the French military and firefighters do not find their roots in the Methode Naturelle of Georges Hebert but actually in the work and principles of Francisco Amoros.

Amoros initiated the development of a real science of physical education in France and Europe and his book, “Manuel d’Education Physique, Gymnastique et Morale” or “Manual of Physical, Gymnastic and Moral Education” in English, was reedited several times and remained the main physical education reference in France for several decades after his death. 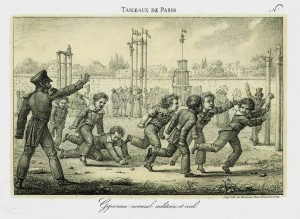 There is absolutely no doubt that the work and legacy of Amoros, whose Hebert mentions in his books, brought to the later the founding structure of his own training method and physical and moral education program.

Hebert is not a precursor, but a direct inheritor of Amoros.  Even though he innovated and improved the former method and attached his own philosophical views to his own new concept, his physical and moral education by the Natural Method remains the direct continuation of his predecessor.

The name “Methode Naturelle” itself is an abbreviation of “‘L’Education Physique, Virile et Morale par la Methode Naturelle”, which in English translates as “Physical, Virile and Moral Education by the Natural Method” and the resemblance with Amoros book title “Manuel d’Education Physique, Gymnastique et Morale” , or “Manual of Physical, Gymnastics and Moral Education” is striking indeed.

Almost a century later after the former military officer Amoros had trained thousands in a gigantic Parisian indoor/outdoor facility, Hebert, a former navy officer trained thousands of French Marines and then opened an enormous, modern indoor/outdoor facility in Reims, France, called the “College d’athletes” to train civilians and prepare the future generations of physical education instructors.

…and then World War I starts, and soon thereafter the entire site is destroyed and nearly all the instructors killed, maimed or lost!

Hebert also benefited from the influence of Georges Demeny, a scientist, engineer and physical educator better known as an inventor for his pioneering work in photography.  Demeny, whose real passion was actually gymnastics, is considered by many as the founder of the scientific physical education.

He had a great influence on the work of Hebert by bringing the concepts of scalability and incremental progress so that the training could better emphasize the physical development of the less skilled individuals rather than being a process selecting those naturally talented.  It is exactly what was lacking in the approach of Amoros, with a strong military emphasis and often too violent exercises that were not well suited for weaker or younger individuals.

Georges Demeny is the author of several books on physical education, including “The Scientific Bases of Physical Education” in 1902, 3 years before the official birth of Methode Naturelle.

It is because of Demeny’s influence that Hebert attempted to rationalize his system by incorporating many diagrams, often overly complicated, in his books.

But the genius of Hebert was also found in his ability to communicate his concepts.  He had an ambitious vision to spread his program worldwide and make it become the leading physical education method.  In his own way, he was ahead of time.

He didn’t just replicated Amoros’ system with a new name but instead made it evolve with his own philosophy, wrapped in a “return to nature” rationale that better appealed to the civilian masses at a time when stories of adventurous explorers and hunters in remote and wild African countries were fascinating the crowds.

Actually, Hebert, thanks to the great influence of his close friend Dr. Paul Carton, a leading figure of natural medicine known as naturopathy and the leader of the naturist movement in France, just surfed on this early wave of naturism’s popularity in Europe.

Naturism, not to be confused with nudism, was an informal coalition of natural lifestyle reform movements that took shape in reaction to the debilitating aspects of industrialization and urbanization during the late nineteenth century and combining clothing reform, vegetarianism, abstinence from alcohol and tobacco, and naturopathy.

At a time when medicine could not completely explain nor cure disease, naturists observed that crowded and unsanitary cities, tenement housing, restrictive Victorian clothing, unhealthy diets and oppressive working conditions all led to poor health and rampant illness.  They advocated exposure to the natural healing elements or fresh air, sunlight, and water through movement in nature in loose clothing as well as a natural diet.

When Hebert started to elaborate the philosophical approach of his method, naturism was already an increasingly popular alternative lifestyle to the unhealthy way of life of his contemporaries. The natural orientation of Hebert’s ethos fitted perfectly this alternative movement.  Underlining the mostly healthy condition of the nimble indigenous populations he had encountered was a convenient comparison that reinforced the inspirational aspect of his communication around his Methode Naturelle.

Hebert also promoted a lot exercising in women, which was also something very new at that time. After WWI, he will actually train only women at some point in a place called “La Palestra” in Normandy.  He believed women could train the same as men and wanted to demonstrate it, even though he had to make the practice look more feminine in order to become both more socially acceptable and appealing by both men and women of that time, for instance by implementing dances in the female training.

He trained many women to become physical instructors and that were mostly hired by private schools.  This I believe is one of the great contributions of Georges Hebert to the world of physical education.

As underline above, it was the genius of Georges Hebert to incorporate and synthesize the work and ideas of his predecessors or contemporaries and make it a unique, innovative and appealing concept that was perfectly adapted to his time and ensured his success in France and to a more limited extent to some other countries abroad. 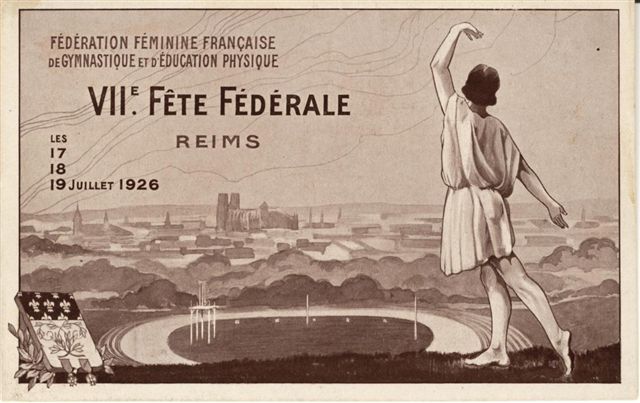 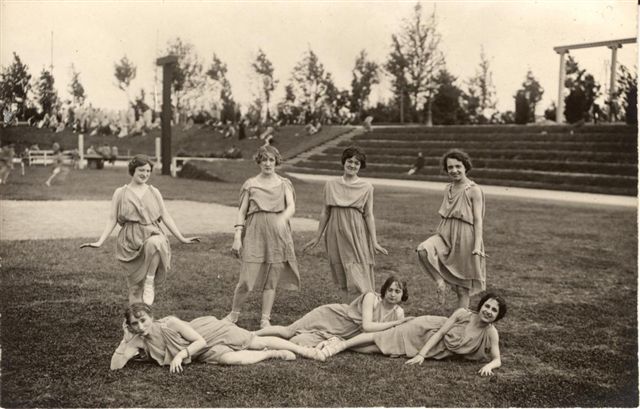 They are other European pioneers of education, physical education or physiology, most preceding Hebert and that may have had to some extent an impact on his work, directly or indirectly.

All these doctors, physicists, writers and physical education leaders had their own theories, views, values, therapies or coaching methods.  All of them had their specific  approach, philosophy and goals.  Just like Amoros. Just like Hebert. Or just like me and with me the MovNat team.

So unless one has studied this variety of philosophies, concepts and practices and their constant evolution, it is impossible to understand the big picture of physical education through history until now.

And unless one has studied Methode Naturelle by the book, and there are several of them, as well as experienced this type of training first-hand with knowledgeable people, there is just no way one can pretend to know about it, can objectively talk or debate about it and even less film and display anything legitimate about it!

I am not going to go into many more details here because that is already a lot said and there would be so much to add about this fascinating history.  But remember, what matters is not what was in the past, it is the quality of our experience in the present time.  There is no way you can revive an hypothetically ideal past the way it was in a romantic attempt to perpetuate what has lived before.

What we need to learn about history must help us to better live today.  We must take what we need and always move forward.
It is what I have done by extensively studying these former concepts, only keeping the best in them, improving what could be improved, filling what was missing and synthesizing it all in an updated concept, all with the objective to make it helpful to modern times and people.

Several people are already contributing to the ongoing improvement and development of MovNat, and many more will contribute too in the future.  This way, MovNat will keep evolving always, always adapting, always improving.

I have heard many times recently that MovNat is the future.  I believe so.  It is actually my vision.  But I believe even more that when we think future, we want most importantly to think of the future of those who follow us: all those that want so much, and deserve so much, to explore their true nature.

Let’s do it together. 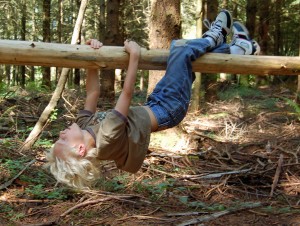