As Performance Director, Danny Clark, CSCS “sets the bar” for rigorous and thorough MovNat certification standards. He is the former owner of Rebar Fitness, a scientifically based, strength and conditioning personal training practice. He is a world-class athlete, a scholar in evolutionary biology and archaeology, and has extensive knowledge of exercise science and S&C programming. His unique skill set and expertise enables him to develop thorough and highly informed MovNat movement progressions and performance programming standards, as well as class profiles for MovNat Gym and Class Licensees. 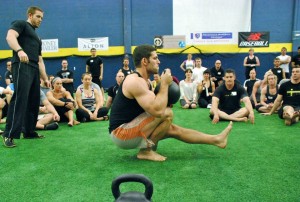 Throughout his youth Danny was recognized for his exceptional athletic talents. His training in wrestling and judo earned him a Division 1 scholarship to the University of Virginia. An injury abruptly ended his wrestling career, but fortunately instigated a transition into Brazilian jiu jitsu and MMA training. He would go on to win a bronze medal for Team USA at the UWW World Grappling Championships in Krakow, Poland in 2012. All along Danny has immersed himself in many alternative arts, such as yoga and kettlebell training, in an effort to correct some of the imbalances and wear his body had accumulated from years of heavy physical stress. But nothing had a more profound or long-lasting effect than training first-hand with Erwan Le Corre. He learned that MovNat could heal years of abuse, neglect, and over-specialization. 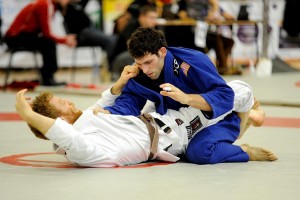 After he received his Level II Certifications he immediately started implementing the MovNat method into his coaching and classes and saw great results. Natural Movement® provided a solid movement, skill, and physical foundation for everyone while fixing many glaring issues of the fitness industry. Danny went on to complete his level III certification and is now a MovNat Master Instructor.

Danny is grateful to help bring Natural Movement to the masses and affirms with confidence that MovNat “is certain to become the most complete and effective fitness system the world will ever know.”