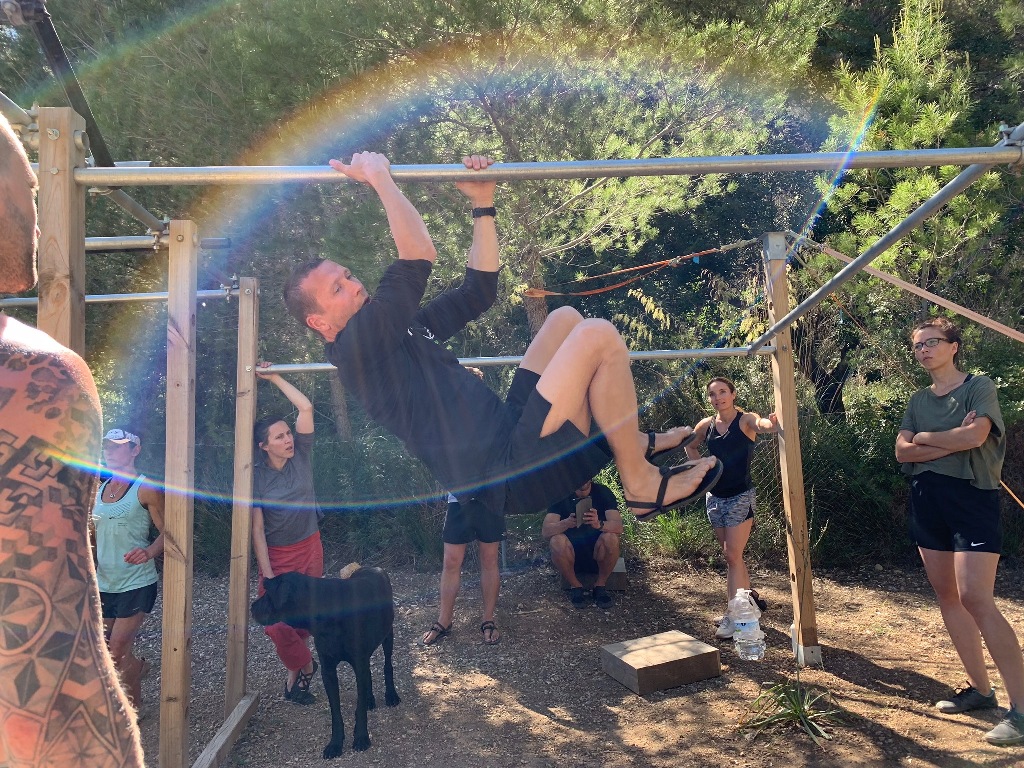 Ever since Natural Movement started disturbing the old fitness world of mainstream illness-management, ego-care and “fun-at-any-cost” as the ultimate goal, there has been an ongoing discussion and misunderstanding of what MovNat is actually about. Where does it come from? Where does it belong? What is it’s place? And the answer is so easy: everywhere and nowhere at the same time; like nature itself if you observe your daily lifestyle. But for the sake of specificity, let’s dive into the question: where does MovNat fit into daily life, training, and physical education? And is it useful for someone who already physically active?

Let’s begin by exploring how MovNat relates to the physical activities of the Old and New fitness models. We’ll see how MovNat is the main ingredient in any movements that humans do and have always done (and must continue doing). It’ll also become apparent how MovNat can be perceived as disruptive to a culture where the range of physical education, sports, and rehabilitation is only leading a minority of people into health – and at that, merely scratching the surface of what we are meant for.

My hope is that by the end of this article, you can see how MovNat is the key to structure the whole world of movement into its original funnel, that is, Unconditional Health!

In order to understand the role of MovNat, it would be helpful to first explore some of the differences between the Old and New Fitness World. So, let’s start with with some superficial definitions out of my personal experiences, observations, understanding and conclusions of the forces in market- and business-driven fitness.

You may see, as I do, that the Old Fitness World and it’s main effect of illness-management is heading toward chaos. But fortunately, we can reverse-engineer this into a New Fitness World of Health-Management if we are open and clear about it. 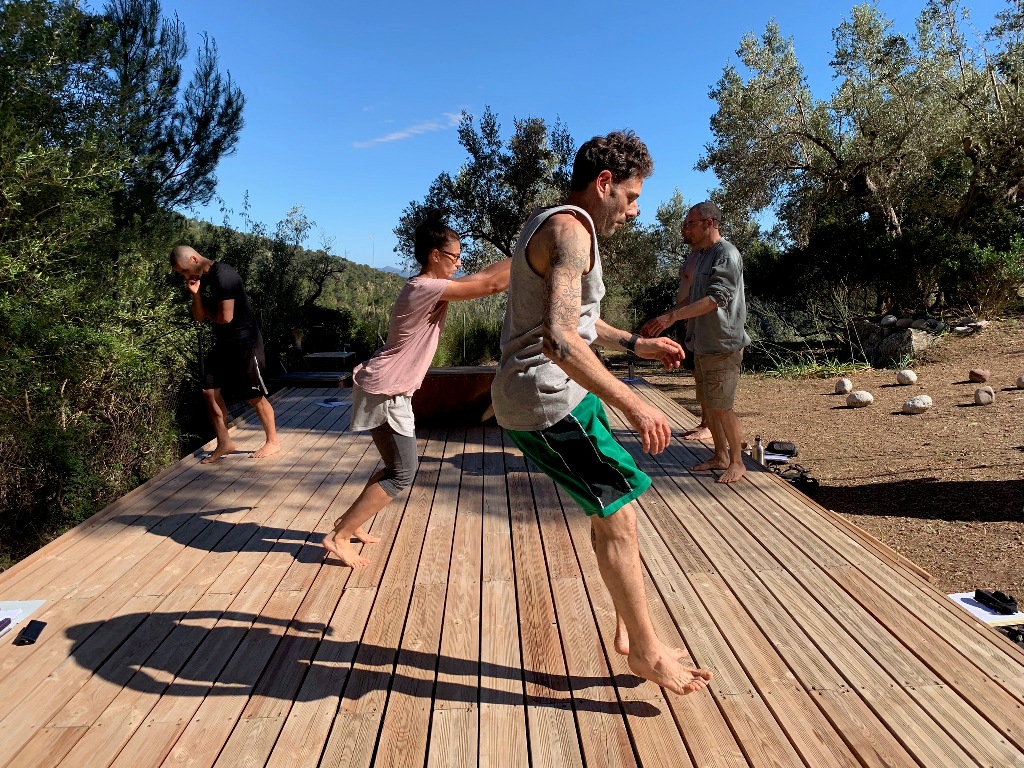 There were times when nobody talked about movement in relation to health, where movement was just the difference between life and death and being considered healthy or unhealthy. And there have also been times when significant cultural forces largely influenced physical activity, such as: 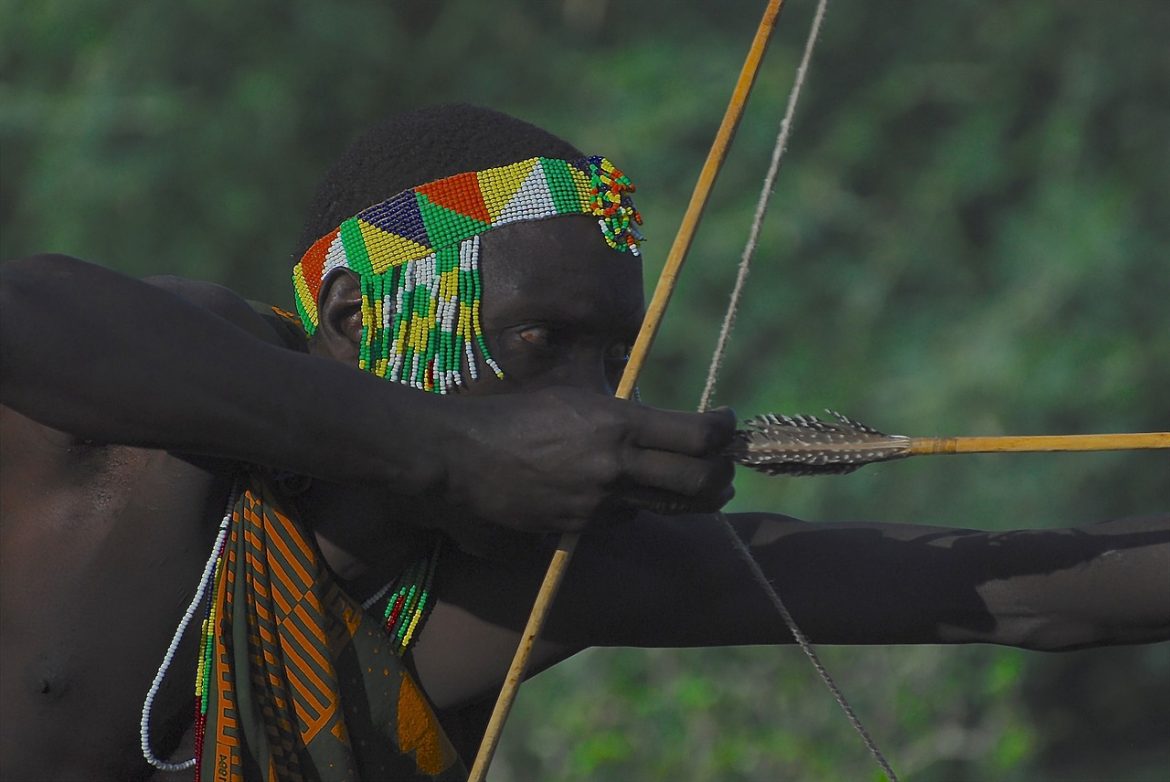 Here’s a simplified summary of the evolution of fitness.

What is easily observable here is that it started quite simple (e.g. play, survival, and ritual, i.e. [1]) and then evolved dramatically in the wrong direction (2), until we came across an abundance of possibilities from desperately looking for too much danger or safety, getting rid of emotional aggression or hacking our system with powerful technology (3), which is confusing us more and more. Step (4) is the chance for everybody to return to being post modern homo sapiens (i.e. Step 5). 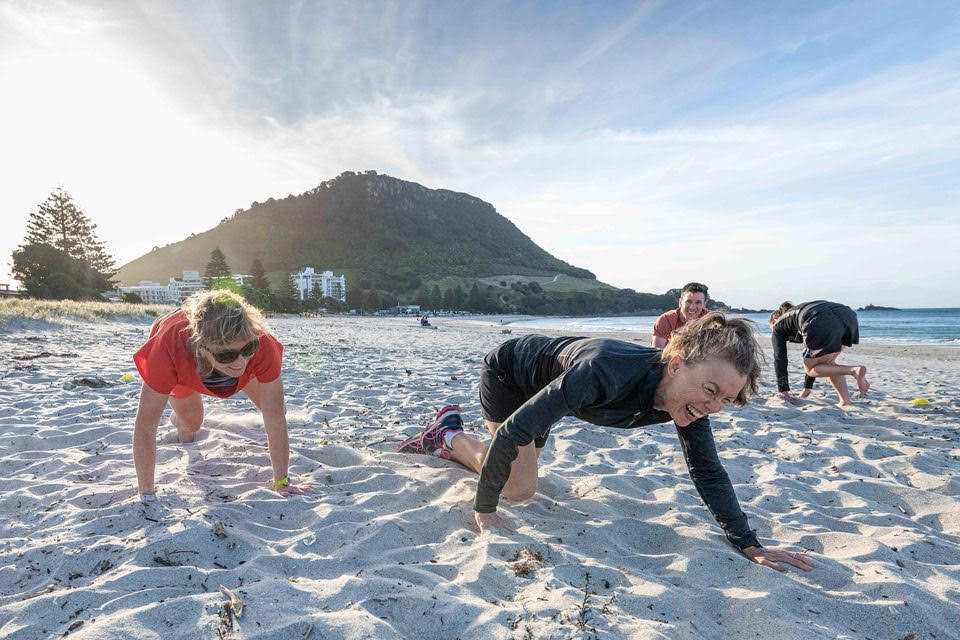 The solution for a species that went astray and lost its orientation is rather easy:

What is the difference between sports and physical education?

The definition of Sports on Wikipedia or most other sources could be seen as narrow minded and unchanged (due to knowledge and cultural boundaries) since the English Gentlemen and Germany Turners defined it about 200 years ago. You can compare it with the rough picture I drew above, where almost everything would be thrown into a category called “sport,” whilst sport is just easily defined as: Movement + Play + Competition + Rules (note: health was part of it once upon a time, but nowadays, it’s considered more risky for most people).

Wikipedia tells us: “Physical education trends have developed recently to incorporate a greater variety of activities besides the skills necessary to play typical team sports such as football or basketball. Introducing students to activities like bowling, walking/hiking, or frisbee at an early age can help them develop good activity habits that will continue into adulthood.” (Wikipedia)

So, what? Is this the end of the story? Young folks are better prepared if they bowl, walk and play frisbee? Or, at least have better habits than just playing football or basketball? That means that the difference of sports and physical education is not doing two different kinds of sports, but five?

If we followed that logic, that means your nutrition which may consist of eating just apples and bananas is better now because you add oranges, peaches and pineapples to your diet? Or, your permanent mouth breathing is better now, because you mix it into running, bicycling and tennis? Your love is better because you have not just one partner but five? Your environment is better because you look at a fireplace on your TV, painted your living room green, play sounds of birds on your audio equipment and use an E-bike instead of your car?

We can do much better than this. 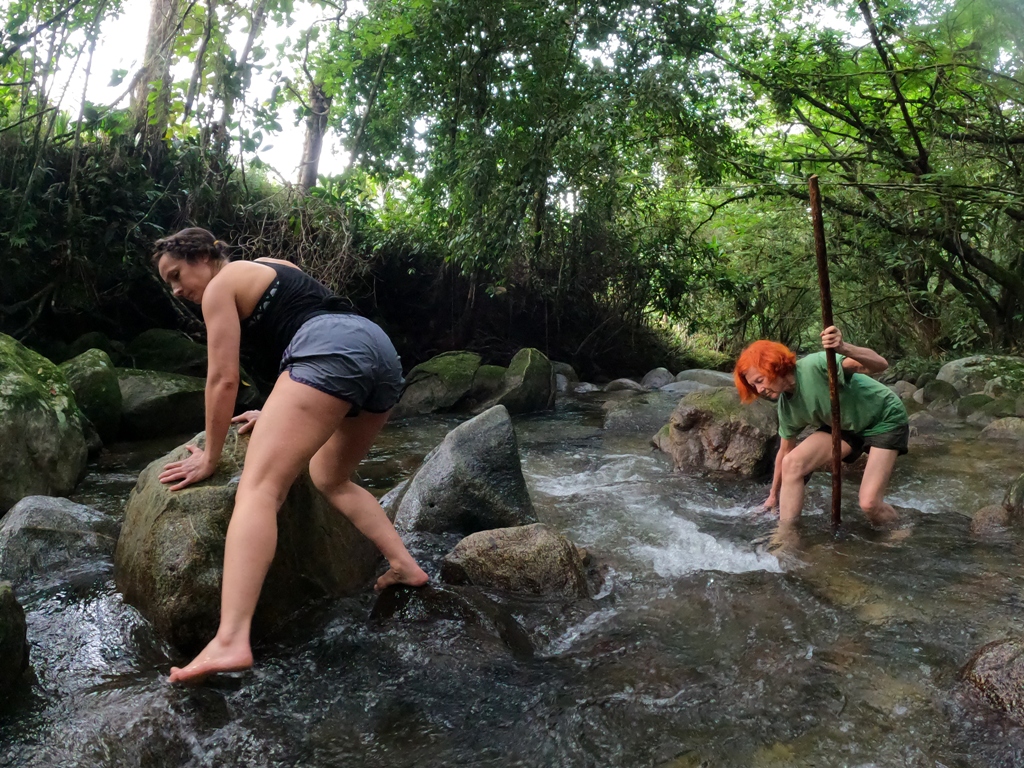 Natural Physical Education literally starts on the ground when you are a baby. Lifting the head to look around. Rolling over. Then it progresses to Crawling, Get Ups, and Walking, Running, Lifting/Carrying, etc. We naturally combine these activities with nose breathing, exploration, and imagination; and then test it in friendly community events, where play and not war is the better choice.

It’s the same with every human (across cultures worldwide and throughout history) and also many animals, insects and even plants! And it’s been this way for all living creatures fighting for survival the last billion years!

If this strikes you as romantic or perhaps it seems not possible to embrace Natural Physical Education right away, you can pick an appropriate and expedient tool or method to help you get back to a full functioning homo sapien: Physiotherapy, Feldenkrais, an Exercise Machine, Oxygen Advantage, or whatever solution is best for your situation. It’s best to use these tools not for its own purpose (i.e. as an end in and of itself), but as a tool to bring you closer back to the natural function, the higher meaning and the ultimate goal, which is to reestablish your innate birthright and duty to breathe, eat, move, and love in a healthy and natural environment. At least, as much as is possible. And that’s just the beginning. 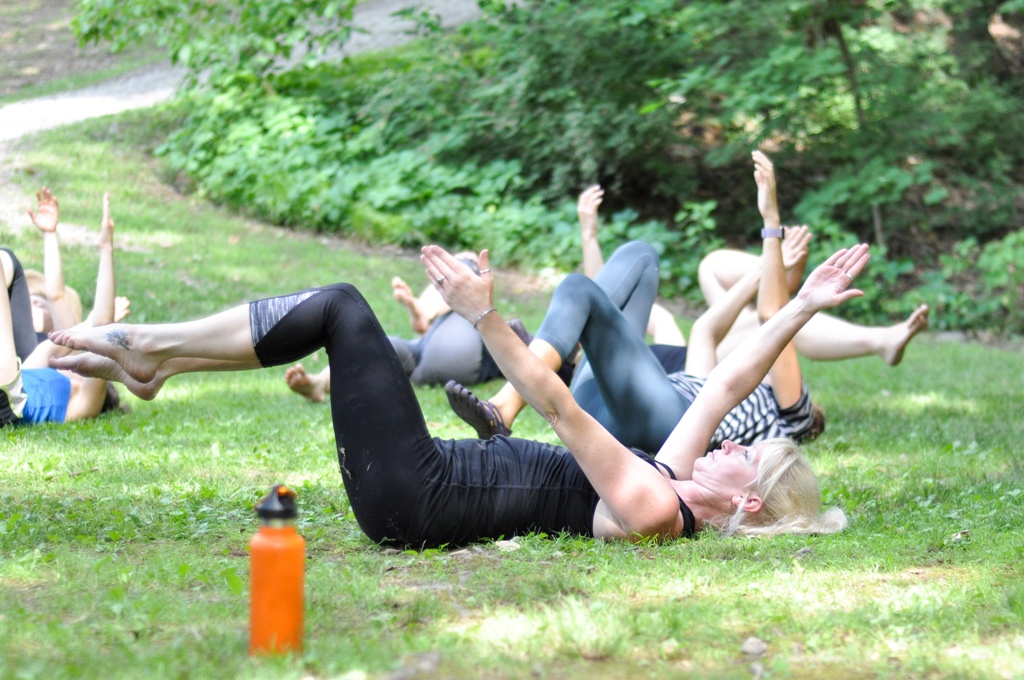 MovNat and the New Fitness Order

It is an illusion to think you can get back to the old times, be it moving like a baby or living like Tarzan. But since Natural Movement is the beginning, middle, and the end of all human movement, and MovNat is the method to learn, adapt and apply it, there can be three simple categories of Fitness identified to picture the connection to MovNat: Integration – Connection – Support.

While this is not a comprehensive list, it does depict a simplified version of the New Fitness Order and where MovNat fits in (i.e. with ALL of these methods):

In the end, it should be obvious that MovNat was, is and will be THE decisive part of any human movement because natural movements are present in virtually all of these fitness, rehabilitation, and movement methods. You can accept it and are better off. Or, you can negate it and it will likely experience negative consequences.

In the Old Fitness World, Natural Movement was always there unconsciously. But perhaps it is too simple and not lucrative enough for a money and technology driven culture. In a New Fitness World, it can be consciously used to build not only superior health and fitness, but even to save nature and humanity.

MovNat will show you the way by bridging ancient movements, timeless principles, and modern training and coaching methodology into one seamless experience that benefits you, our community, and even nature itself. 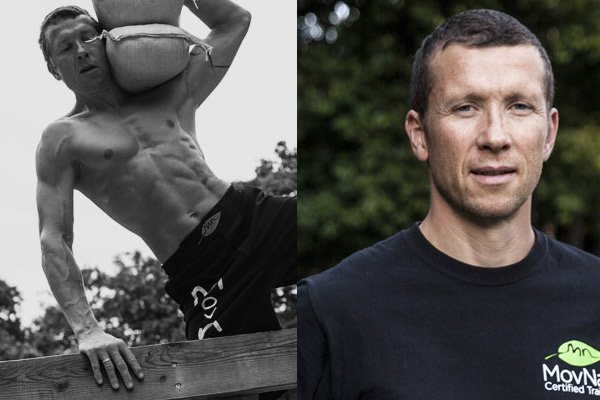 Bernd Reicheneder is a MovNat Master Trainer, MovNat Online Coach, and owner of MovNat München. He has always been an “all rounder”. Exploring and playing in nature were part of his rural upbringing. Sports & Fitness became an integrated part of his life from early childhood. He practiced Shotokan-Karate, starting in 1989, and continuing for over 20 years because he loved the deep philosophy and the strict techniques of Kihon, Kata and Kumite (very much like Emphasis, Combo and Course in MovNat). After finishing successfully with a Diploma in Sports Science and a Masters in Classical Archaeology in 2010, he worked in a conventional fitness business, with a specialization in Movement Screening. While working intensely with the Functional Movement Screen, he discovered MovNat. After meeting Vic Verdier in 2011 at a MovNat Workshop in Berlin, Bernd decided to concentrate all of his work into MovNat. It became obvious very quickly that MovNat integrated everything he searched for; something which is pure, integrated, natural, and the only system which can help anybody.

Want to get started at home? Start today with our MovNat Level 1 Fundamentals E-Course