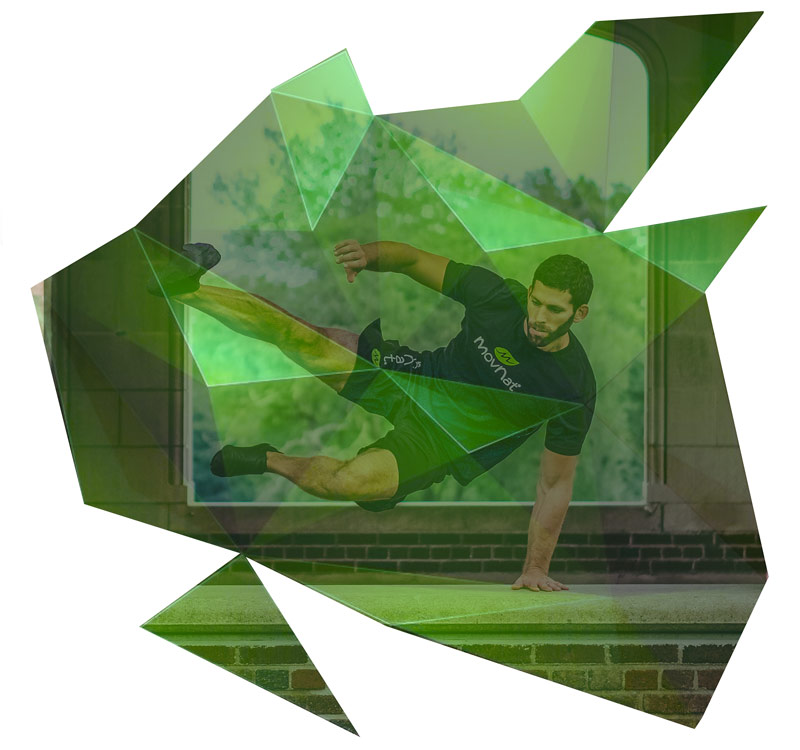 Why MovNat is the modern day solution for movement dysfunction

Today, we are going to explore some of the “why” questions that underline MovNat as the solution to the modern movement problem.

With brevity, we’ll explore some of the elusive, yet hard hitting science that exposes the gaping flaws in the current accepted approaches to improving movement performance for people of all walks of life. We’ll also explore some of the difficulties of injecting Natural Movement into the lives of the present day humans. Ultimately, I’ll propose a solution that modernizes the metaphorical “medicine,” opening the doorway for our community to deliver the most potent, meaningful, and empowering form of fitness, PE, and movement restoration ever designed.

Nature is “the original” movement builder

To improve movement, first we need to understand its purpose. In other words, what’s the biological basis of movement behavior?

Distilled down, movement is simply an interaction between our body and our external environment, which we must be capable of navigating and drawing resources from in order to remain alive. The most encompassing theory on how this happens is called Dynamic Patterns Theory, which asserts that our movement coordination emerges from this dynamic interaction between organism and environment, with less input from our higher nervous system than previously thought [1].

In contrast to older theories of motor control and learning, DPT asserts that most movement patterns aren’t hard wired, robot-like “programs” that exist in our brains, but rather are an ecological orchestra of environmental inputs and preferred stability states that naturally result in distinct patterns of movement [1,2]. 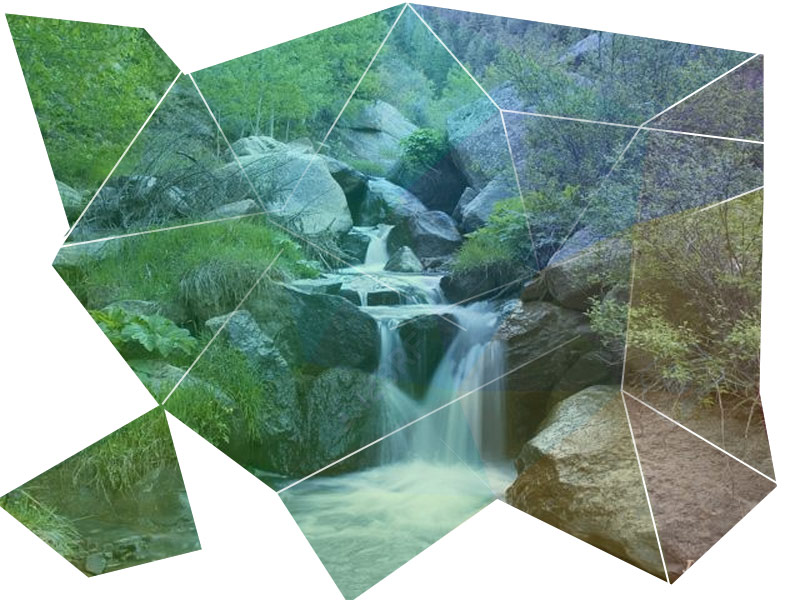 Like a stream, our bodies “self organize”
in a continuous interaction with our environment

Think of DPT this way: When you switch from walking to running or running to sprinting, do you need to think about the subtle adjustments in gait that occur? What about when you run on sand instead of pavement? Do you stop and think about how to do it or just do it naturally? While you may have the ability to override and make subtle adjustments to your movements, the highly complex movement pattern itself emerges without conscious effort.

Further, the more our movement behavior is challenged through complex environments and refined through a neurological problem solving process coined Perceptual Motor Development, the better our movement ability becomes [3]. As developing children, this was our first IQ test: Can you figure out how to get from stuck on your back to capable of exploring the world around you?

Together, DPT and PMD highlight the wide angle perspective: that our environment plays the crucial role of both our original teacher and ongoing sharpening stone of movement quality.

The punch line here is that the purpose of our entire system is inextricably tied to our external environment, therefore:

The source of our issues with movement then becomes obvious. It’s becoming increasingly apparent that in our modern day adult lives, movement behavior is scarcely challenged by our environment. From chairs to stairs, our bodies are stimulated to do what they do best: change structure and function to efficiently meet environmental demands even if the adapted form, whether amoeba-like or barbell muscle-bound, isn’t optimal for longevity or high level performance.

With the crucial role of the environment in shaping movement ability, the gaping hole in the current fitness, PE, and even therapeutic model also becomes obvious. In fact, it’s two fold:

Ok. We’ve identified the problem. So. What’s the solution? Should we just abandon the gym and start training people outside?

Unfortunately, there are some serious cons to “jumping” straight into nature, especially for the average movement-deficient person. Here’s a short list:

For most people, it’s both unsafe and highly impractical to make “outdoor training” the entry point and sole staple in their quest for fitness and optimal health.

So, in order to be maximally effective at helping people reap as much benefit from Natural Movement as possible without forcing them into an impractical training situation, MovNat has adapted its method for modern men and women as well as those seeking the purist experience.

In order to reconcile the gap between what’s natural and what’s actual for modern people, we can borrow a textbook learning strategy from the infamous meerkats of the Kalahari.

Unlike many other animal species, which rely on purely observational based learning, adult meerkats need to take a more active role in teaching their pups the risky skill of hunting scorpions. With such high stakes, one wrong move would mean certain death for a pup so the skill is taught in progressive stages. Beginning with a dead scorpion, then moving onto a disarmed one, and finally a live one, the pups are given the time and proper environment to progress their skill level efficiently while minimizing risk [5].

By using principles of progression in
enriched indoor environments, we can help
more people benefit from Natural Movement.

Progression is all about learning efficiency and avoiding the pitfalls of pure trial and error. It forces the student to earn skills in level appropriate stages, which builds confidence and competence in a synergistic, healthy balance. At MovNat, we employ progression through positional and contextual complexity – teaching students and future trainers “From the Ground Up” while introducing more complex environments in a piece-by-piece fashion. While the benefits of being outside transcend movement ability, we believe that by meeting people halfway we can facilitate more growth in more people.

Ahead of the Curve

So, there you have it: A deeper look into the science behind the root cause of the movement-deficiency problem faced by modern people, plus a potent solution. As we proliferate the concept, we need to help others understand what we have already discovered – that the benefits of the practice are not just some romantic notion, but are rooted in rational theories of movement and developmental science.

Now, only more time needs to pass before enough research unanimously proves the power of our progressive, skill-based model for performance and health alike.