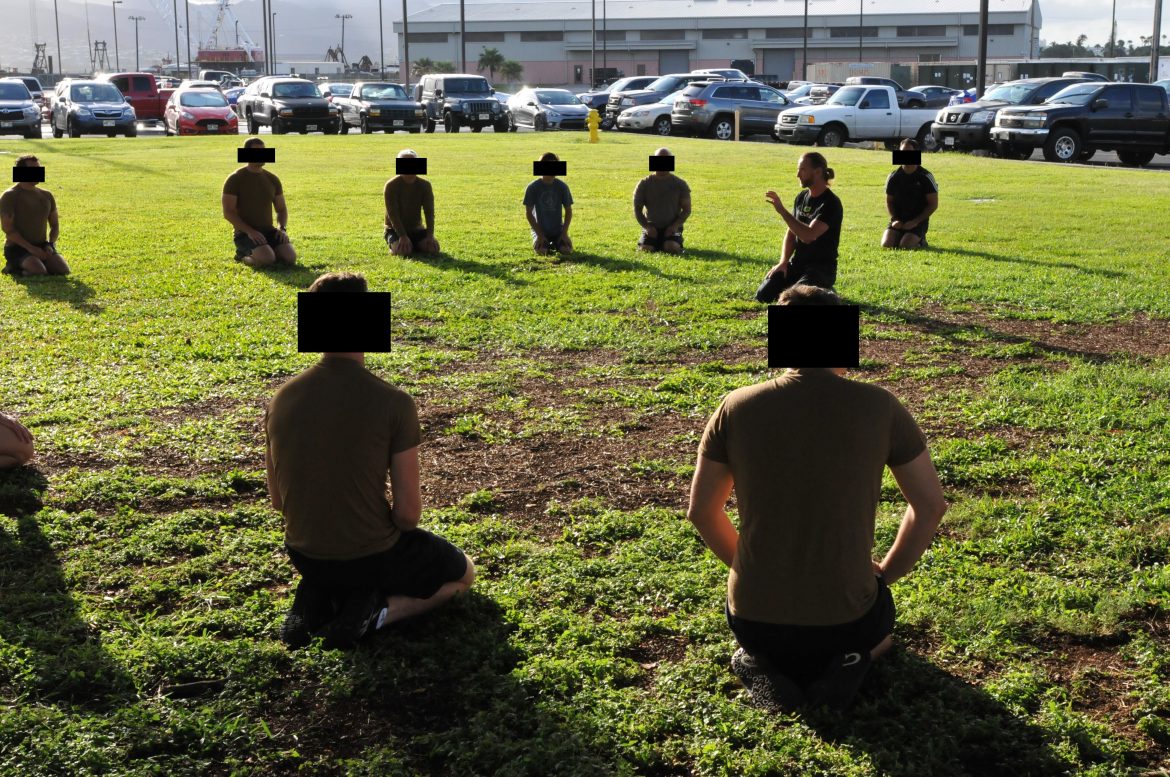 Hello fellow humans, If you are wondering about MovNat and whether it is something worth investing your time and resources into, I hope I can help convince you of its merit. Who am I? My name is Mark Bollong, I recently retired from the US Navy after 27 years of service as a SEAL Officer. Long before I became a SEAL, I was interested in human movement as a practice. I grew up in a small isolated town and the only movement practices available, to my awareness, were sports like baseball, football and basketball, or swimming in the ocean and riding my bike around. David Lee Roth fascinated me when I saw him do a backflip in the “Jump” video, but when I tried it off the side of a pool deck, I almost broke my neck! It would be a while before I started to learn how to create safe training progressions.

I went to a state university and tried every movement discipline I could that interested me: gymnastics, martial arts, water polo, distance running, weight lifting, calisthenics, triathlons, even some skateboarding. It was a struggle for me. Let’s say I never was a naturally gifted mover, but the desire never left me. And I continued on my movement path anyway, always determined to improve. My love of physical hardship and need to challenge myself led me into the SEAL teams. In the TEAMS, movement became my profession; running, swimming, climbing ropes and passing obstacles, skydiving, martial arts, carrying heavy loads across extreme terrains, manipulating weapons and all kinds of devices, tools and equipment; so many necessary and diverse skills that it is hard to remember them all. Overall, it demanded high levels of strength, endurance, and resilience, but also mental focus, willpower, patience and composure. 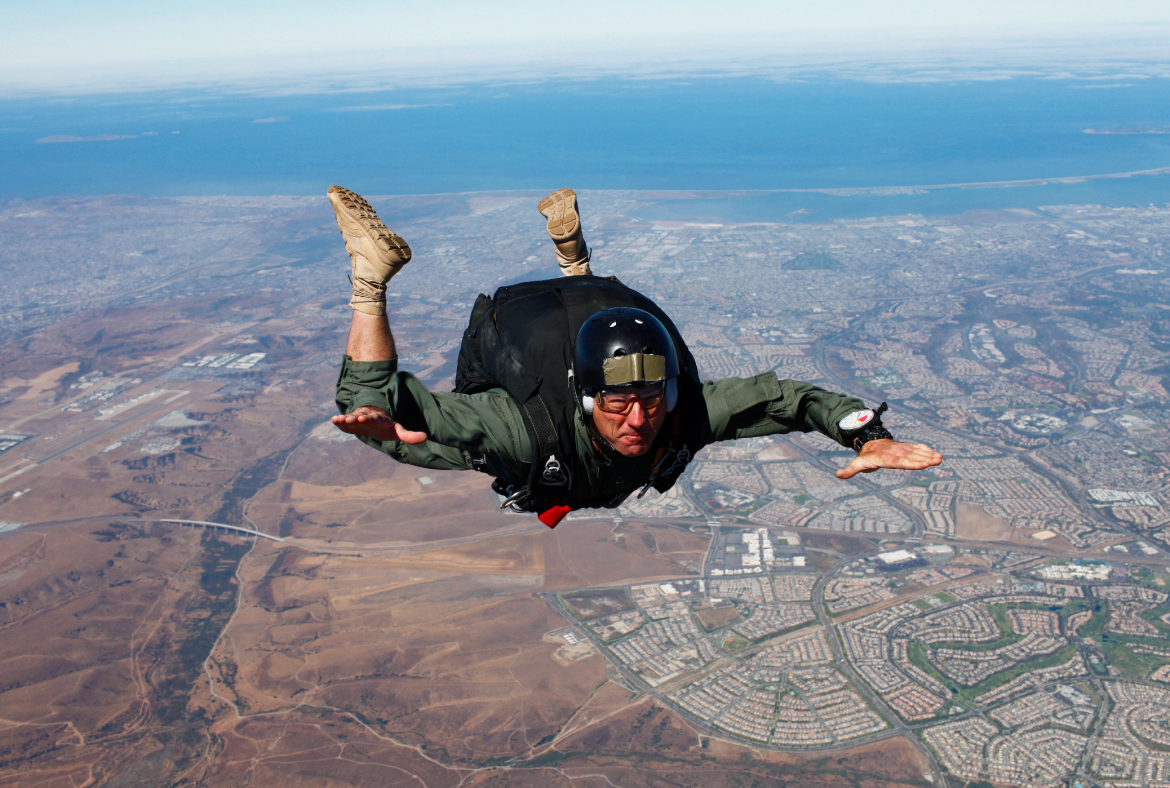 I was already a 40 year old Commanding Officer when I asked Erwan to come provide a short seminar to my teammates and their families. I wanted to discover his teaching for myself, but also to familiarize my teammates with new ways to approach fitness. I was immediately impressed with Erwan and MovNat. He was 39 and had recently moved to the United States to develop MovNat, and it was obvious that he was a man on a mission. Erwan is a natural mover, even though he told me that just like me he never was particularly gifted and had to spend significant time learning to better control his body. His fitness is of a unique kind: balanced, sensible and grounded in the practical world. I wished I would have grown up with him as I would have avoided so many injuries and dead-end paths on my movement journey. 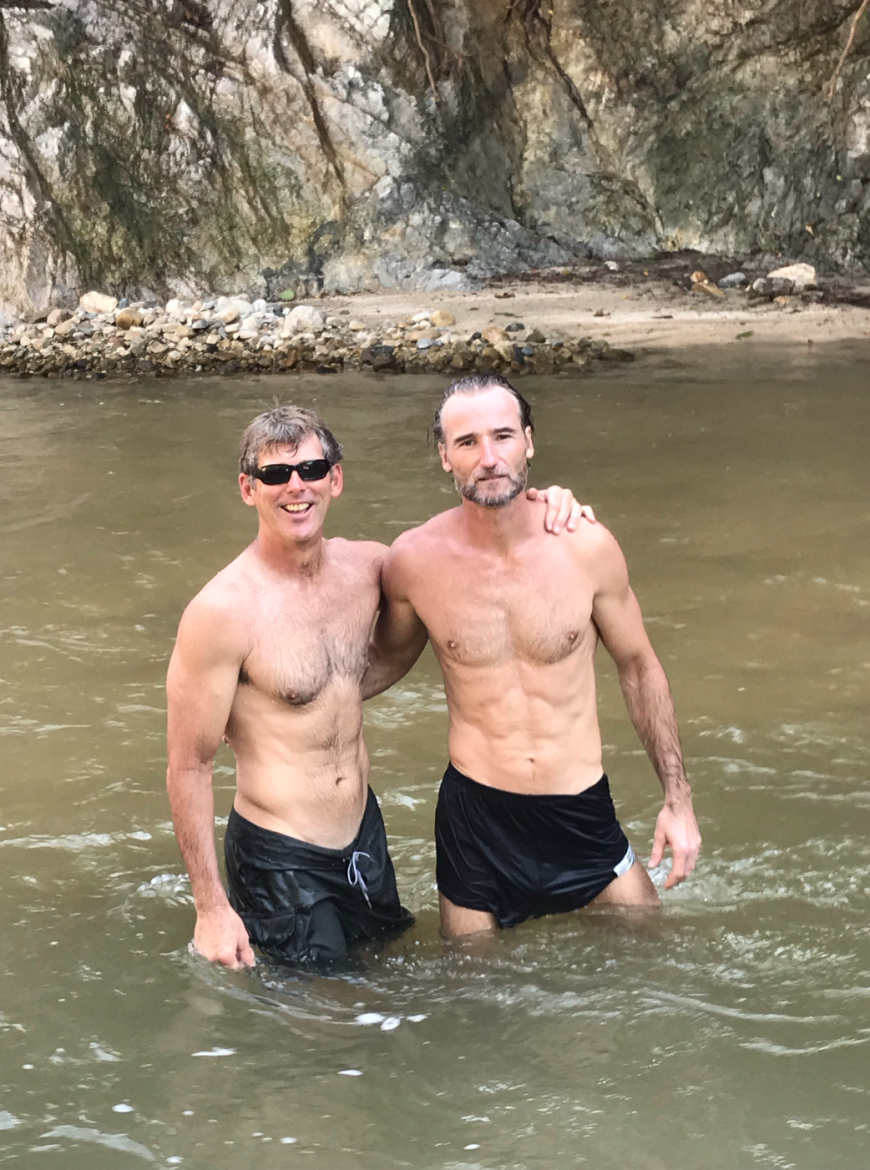 Following this first and quite convincing encounter, I brought Erwan out to my commands several times intending for him to share his approach, method and techniques more in depth and with as many of my teammates as possible. I wanted to revolutionize the way we moved and trained, and I knew Erwan was on the path we needed and that the MovNat system would significantly improve our movement skills and physical preparation.

After all these years of service, I had discovered that change is hard in the military. It was honestly tough to get others to realize the glaring gaps between our current physical training and some of the actual movement demands in operational context. Sometimes, people need the hype and complicated equipment to feel that they are training properly. It was a common belief that if we lifted Olympic weights and did Crossfit-type workouts, then it would make our tactical movement better. I was not convinced of that. 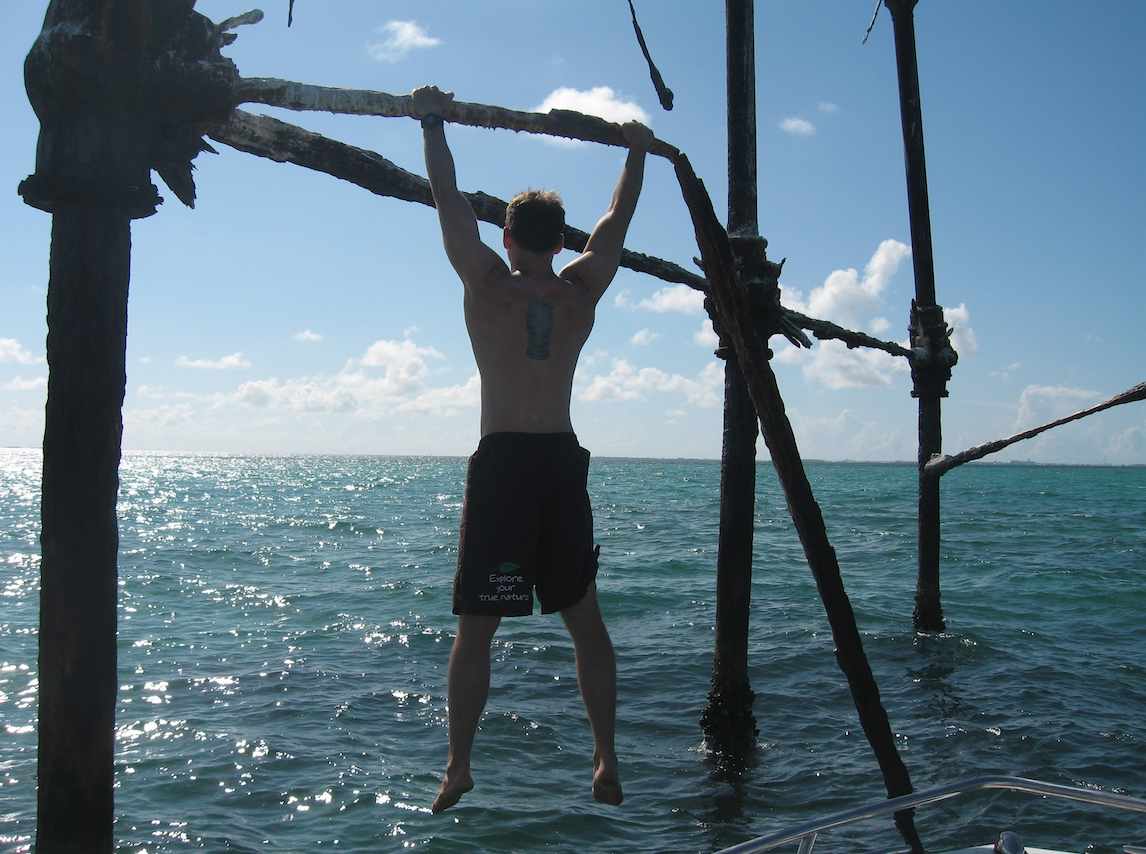 Erwan helped me understand that if you wanted to physically perform better in tactical situations, you had to train the specific nerve system, starting with improving efficiency in the very types of practical and adaptable movement patterns typically needed in operations. Later research taught me that this is known as myelination. My guys were not lifting Olympic bars and moving them from the surf to over-the-beach, they were moving rubber boats and outboard motors. We rarely lifted outboard motors in the gym, but we should have been. We needed to lift unconscious buddies with gear on, but we weren’t breaking that down and practicing it a couple times a week during our physical training.

During seminars, Erwan would ask our group of about 30, mostly young and highly athletic guys in my team, to perform simple transitions such as lying on the ground to standing while pretending to aim with both hands at something and never losing sight of target…without using their hands, knees or elbows and without rocking on their back for momentum. While he could do it quickly, fluidly and seemingly effortlessly, most of my guys were floundering. I felt that this was a clear indicator that our physical training was missing an important area, mobility, and strength in proper sequences. We were training in ways that hampered our mobility and it showed. Erwan then asked: “wouldn’t it be great in a tactical situation if you didn’t have to slow down or pause, or to use an arm to support your movement at the expense of your speed, stability and accuracy? Wouldn’t be great if you had efficient movement with complete confidence and could exclusively focus on the situation itself?” He proceeded to break down the two particular transition movements he had been using, these were new nervous system patterns that my personnel could progressively work on, building strength, mobility, balance, and precision into their movements. 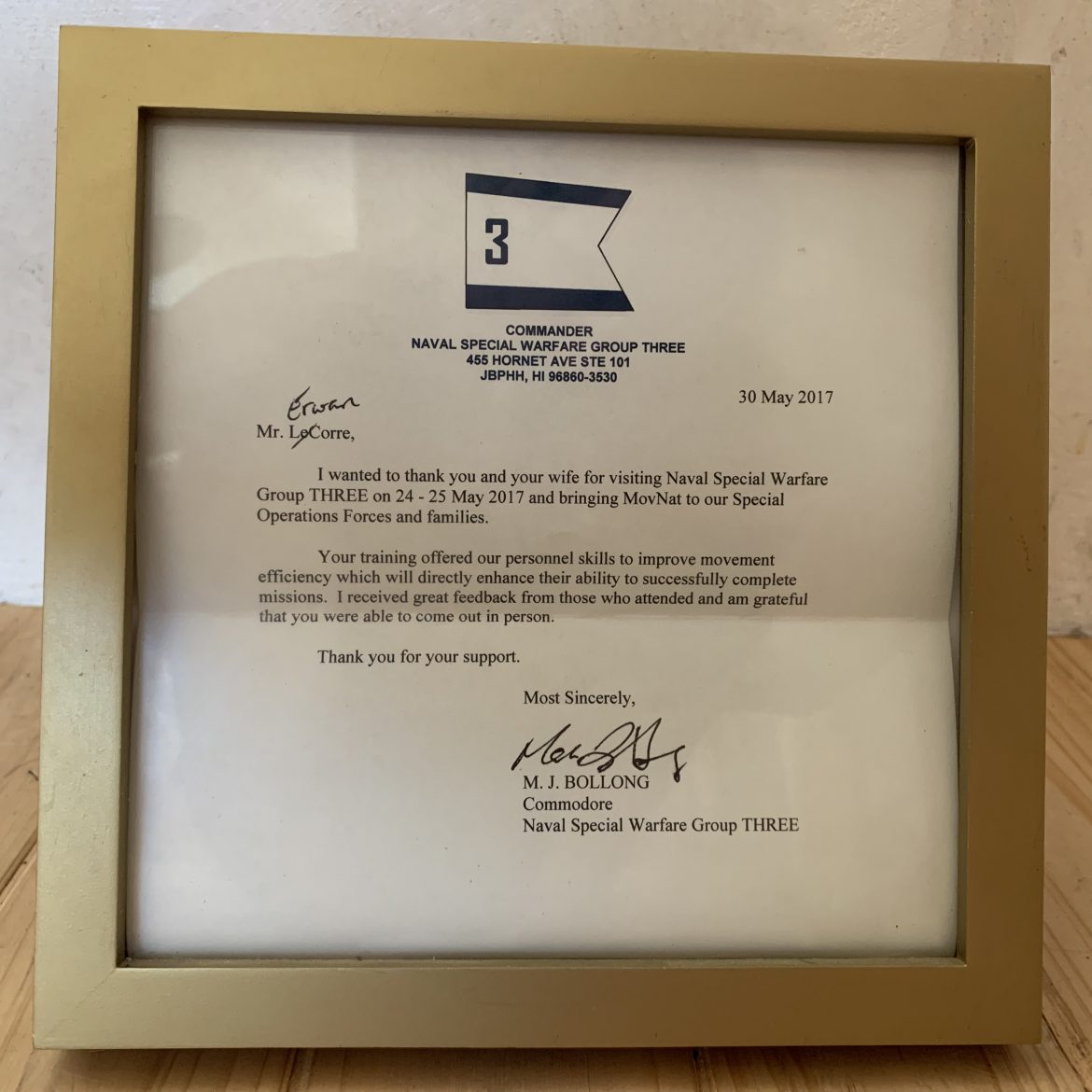 Later on, he asked the whole team to start in a dead hang and get to the top of a pull-up bar, imagining they were clinging to a helicopter. While everyone was trained to do multiple pull-ups in a row without a problem, they weren’t trained to actually climb on top, and only those who could do plyometric muscle-ups got on top. However, he asked: “Could you realistically do a muscle-up like this when the bar you’re hanging from is thicker, you’re in full gear and tired?”

He proceeded to show us a little slower but more reliable, more secure and safer technique for pulling oneself on top of a bar he called the”Swing Up“…with two weight vests – a total of 52 extra pounds – strapped on him and with his eyes closed. Needless to say, that was highly convincing and within a short amount of time, he had taught the whole team to successfully perform the same technique. 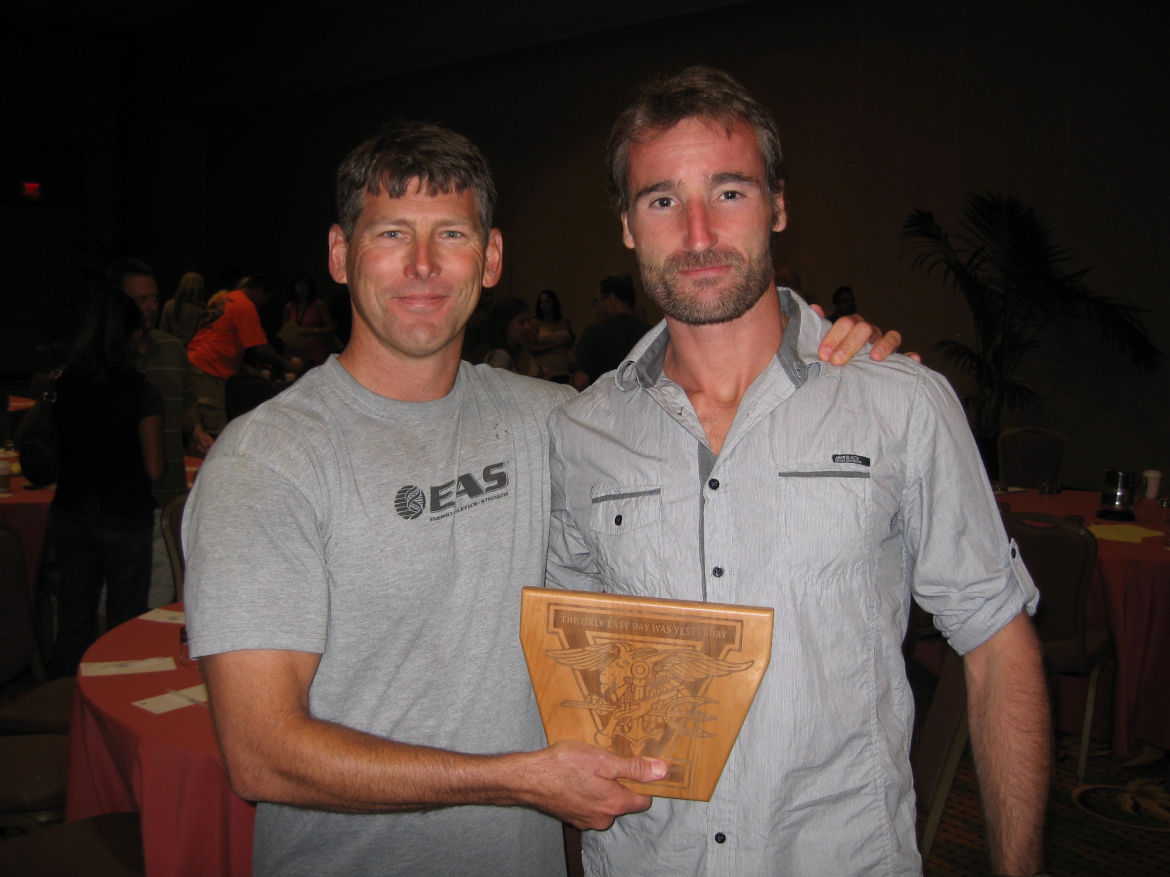 The day went on like this, with Erwan requesting from us to perform seemingly simple movement tasks in a simple context – using benches, picnic tables, sidewalk edges, 2×4 boards, big military containers etc. – with most of the guys finding themselves in some level of movement inefficiency, losing balance, missing the landing spot, hesitating, getting overly tense, and getting frustrated, too…but also having a lot of fun!

At one event, I brought Erwan out to the famous SEAL Training Center obstacle course. I wanted to see how Erwan would approach certain obstacles. We are taught in basic SEAL training specific ways to negotiate each obstacle, but I suspected that someone like Erwan or a Parkour athlete would probably come up with great movement innovations that we might not even think possible. There was a 50 foot long rope bridge called the ‘Burma Bridge’ that is normally сlimbed up on and walked across. 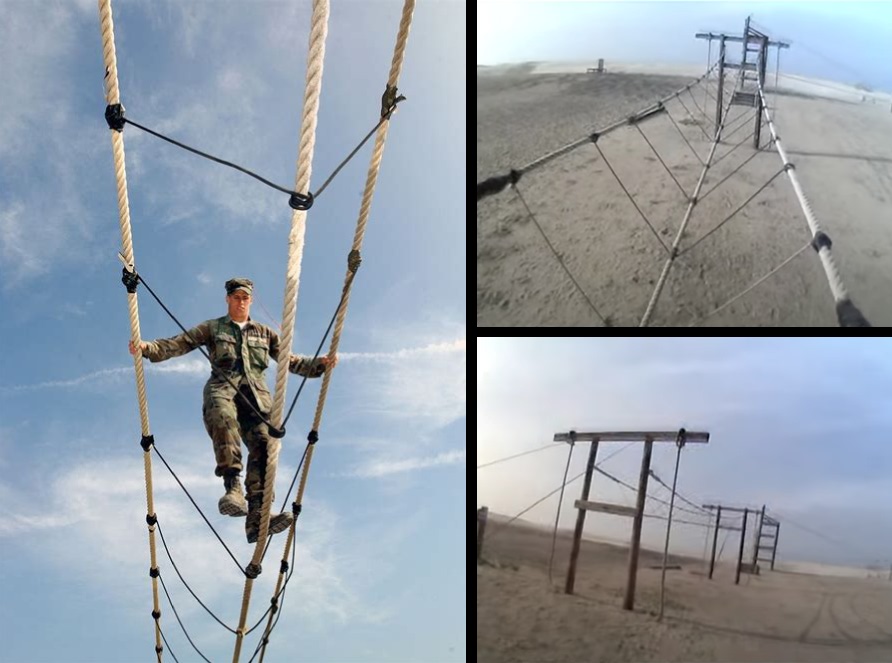 I showed Erwan what I thought was an innovative way to use the bridge, trying to cross it using only my arms hanging underneath and swinging like a monkey. The amount of energy it takes is huge when you bend your arms only using your upper body strength, and I could only get across a quarter of the distance. Erwan spent 5 seconds assessing the elasticity of the rope and then showed me how to swing side to side and use the elasticity in the body to cross the distance with less effort. He told me that the rope moved in a predictable pattern that worked against you if you tried to use pure strength, but that if I could tune in that pattern and use my lower body for momentum, I’d be able to do the same as he did. After he quickly showed me the technique he called the “Side Swing Traverse“, I tried it and made it the entire distance on my first try. I would have never thought of that technique. This was a clear indicator to me that Erwan was creative and innovative and we could learn a lot from his unique movement insights.

Reflecting back on what I’ve learned, MovNat taught me how to break every movement requirement down into the fundamental categories of mobilization, manipulation, and breathing.  How to re-look at movement skills I took for granted and rebuild them for greater effectiveness. It is a brilliant system, a well designed program and it is a creative approach to movement and fitness. I have been to several seminars with Erwan and his teammates and I learn new things every time. 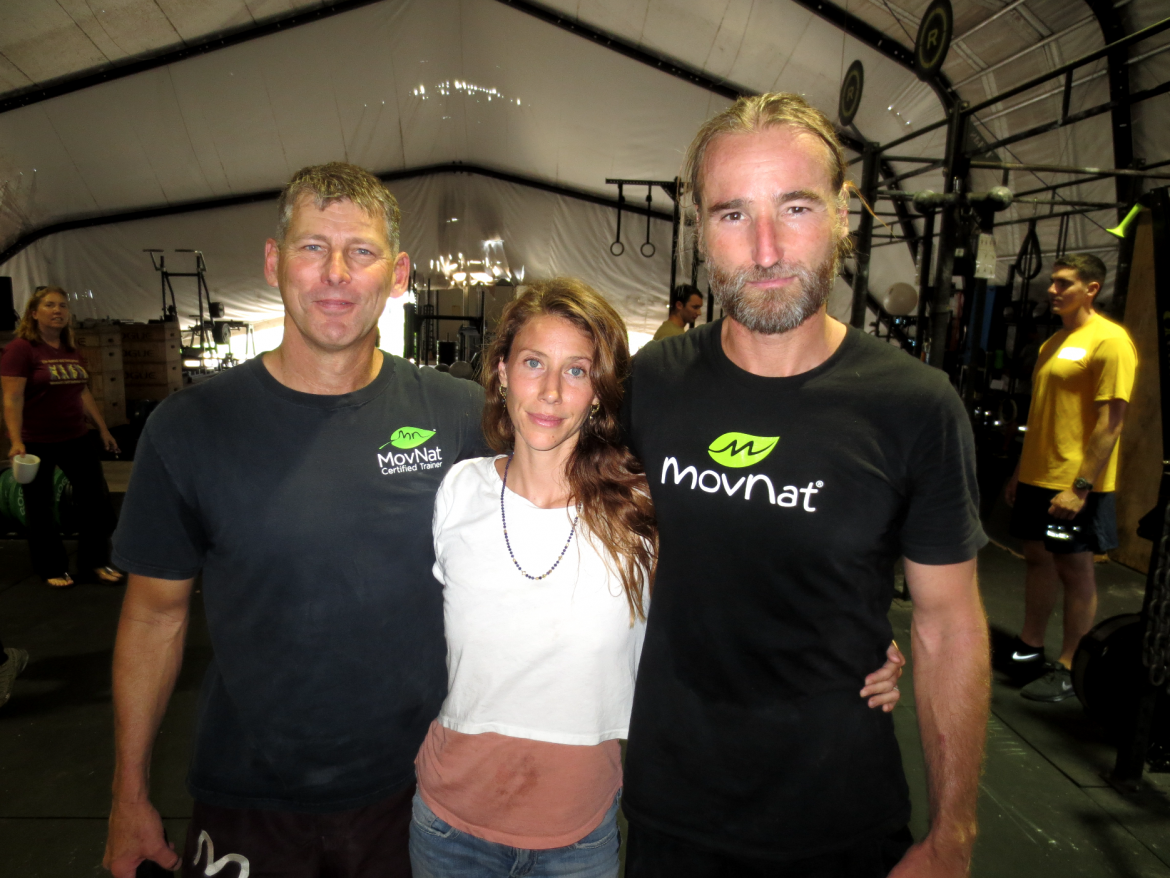 Even nearing 50, Erwan physically performs at the 99th percentile of modern mankind. I have never seen anyone move like him, not because of flashy movements, but because of all the diverse ways he can move that are truly human, creative and practical, and because of how effortless he makes it look. He has a fantastic balance of mobility, strength, endurance, precision, and durability. I firmly believe that he is the functional human role model that everyone should aspire to replicate. As an instructor, he is wise and authentic.

If your fitness goals are like mine, which I like to describe briefly as “Be strong to be HELPFUL”, then MovNat is the fitness program for you. 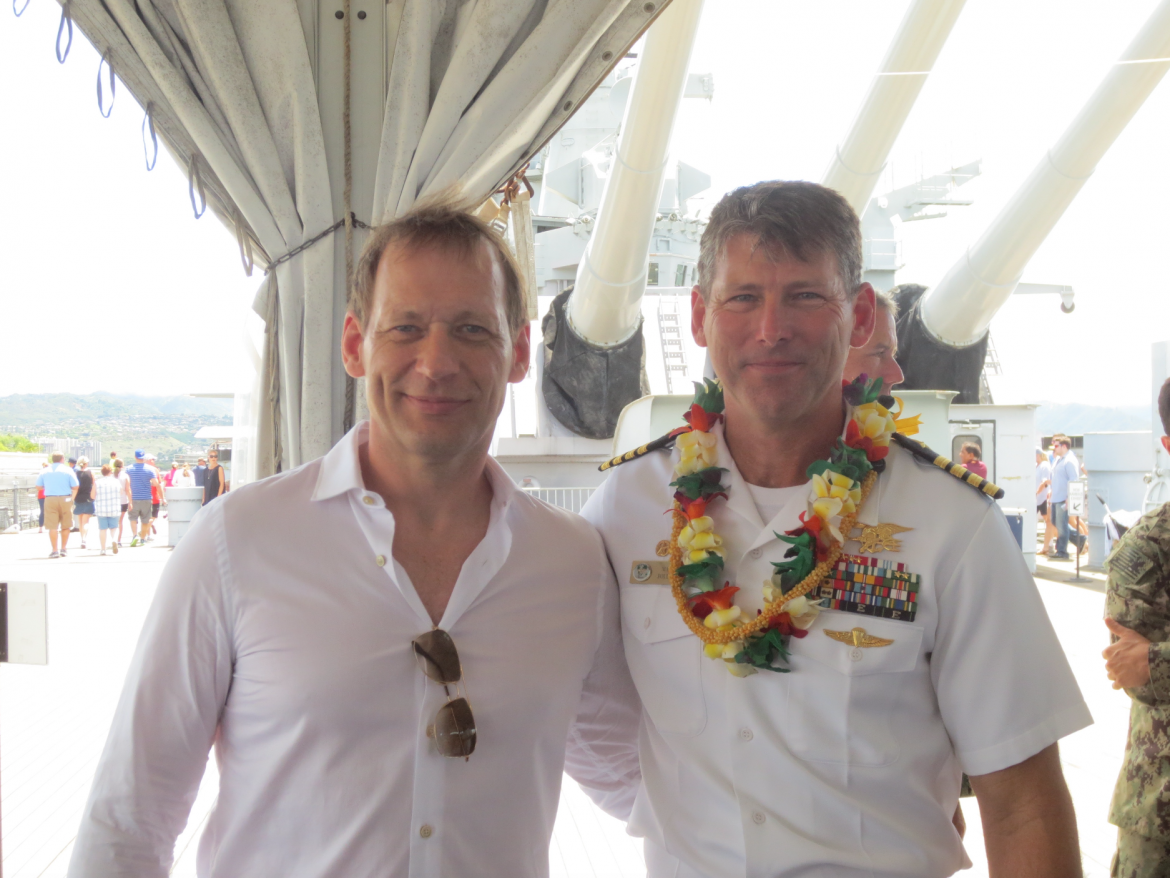 The “Dirty Name” is one of the many brutal obstacles on the O-course at BUD/S school, where sailors train to become Navy SEALs. The “Dirty Name” is a set of three logs spaced roughly 5 feet apart and arranged at heights roughly five feet taller than the next. Students must jump off of the first log and onto the second, followed by a final jump to grab and move over the third log. According to Brandon Webb, a retired SEAL, this obstacle has been known to break many ribs in its infamous history. 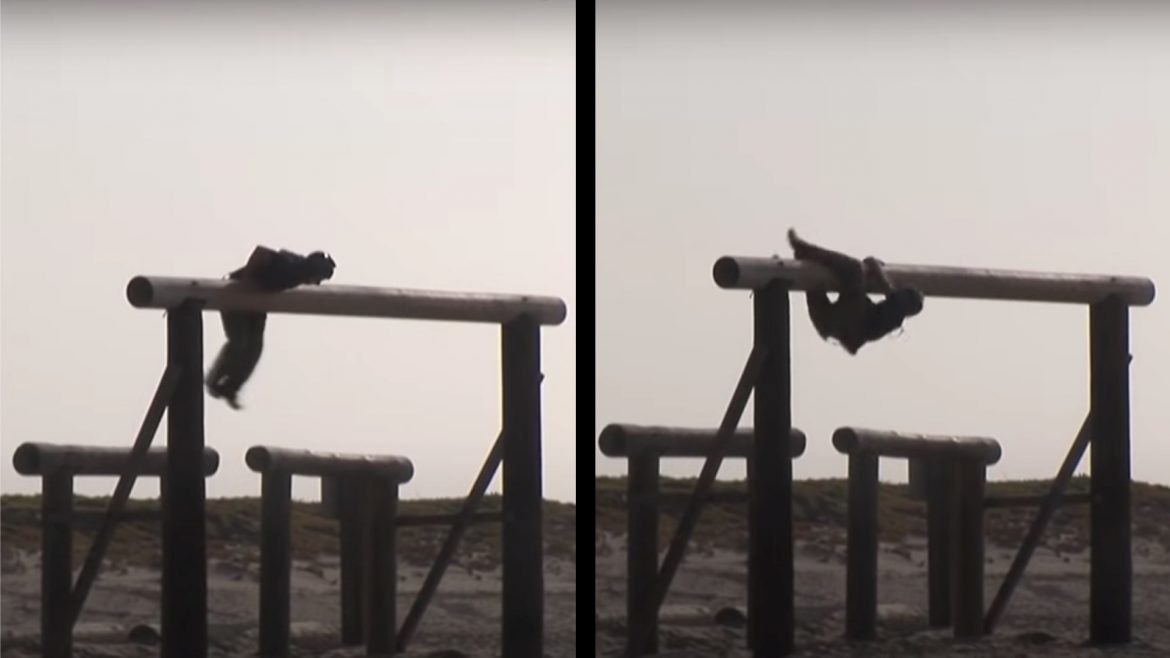 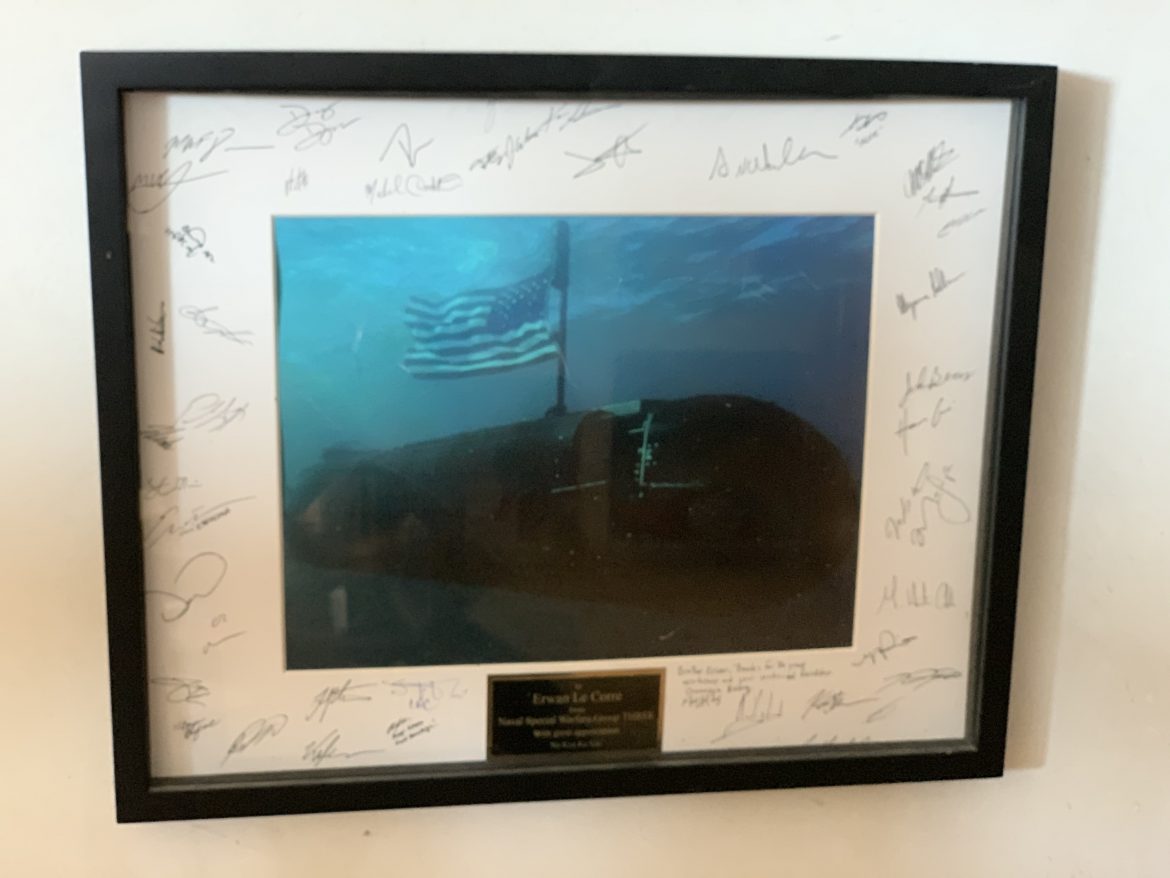 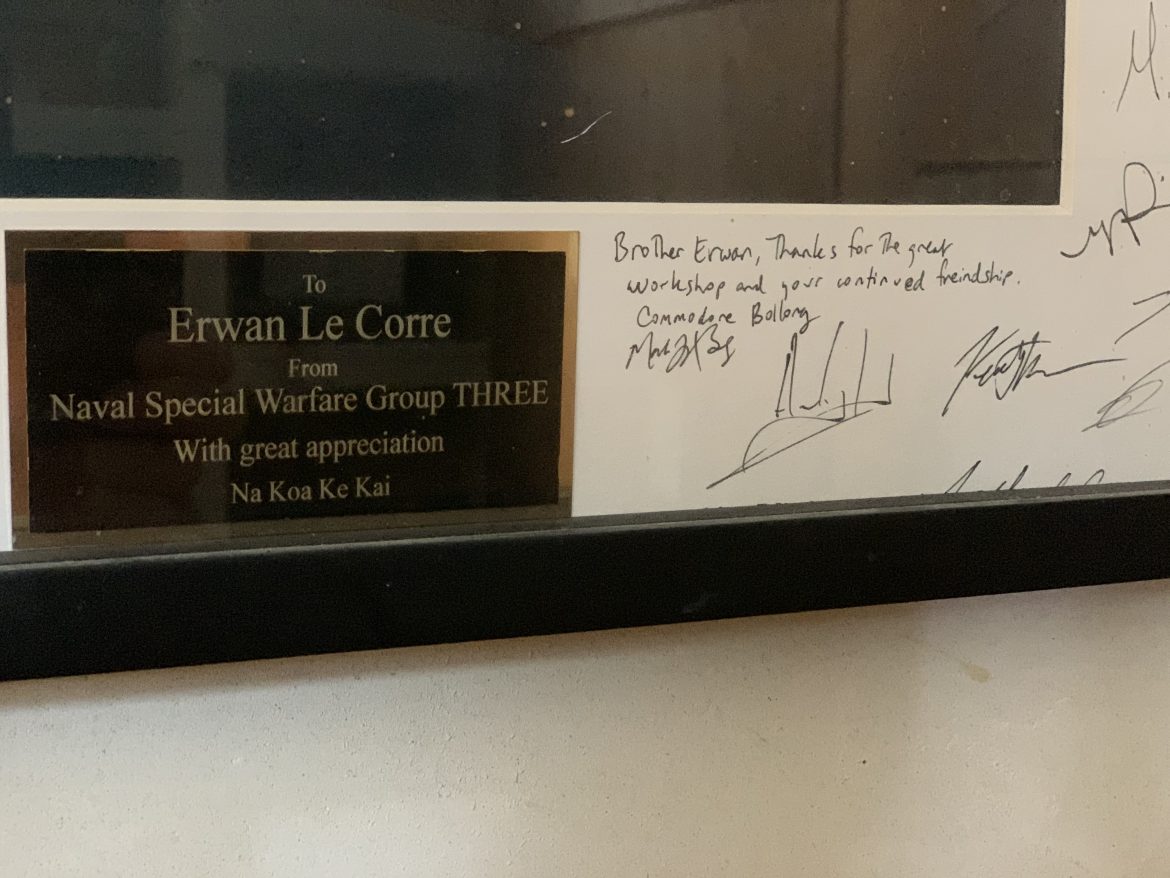 MovNat: Not Just For Navy SEALS

MovNat is not just for elite operators. It’s for anyone – young or old, fit or unfit – who wants to build real world fitness.

No matter your current ability, the MovNat system will take you by the hand and show you how to rapidly improve your fitness and movement skills in a safe and progressive manner. We’ve certified over 5,500 professionals and have trained thousands of others at our workshops and retreats over the past 10+ years. Most of those people were not Navy SEALs or highly trained athletes. They’re ordinary people who want to enjoy a high level of fitness and movement competence; who want to be “strong to be helpful,” and ultimately, get the most out of life using a tested-and-proven method that offers something different from conventional fitness.

The best way to get started is to find a MovNat training event near you. Or, get started with our MovNat Level 1 Fundamentals E-course. 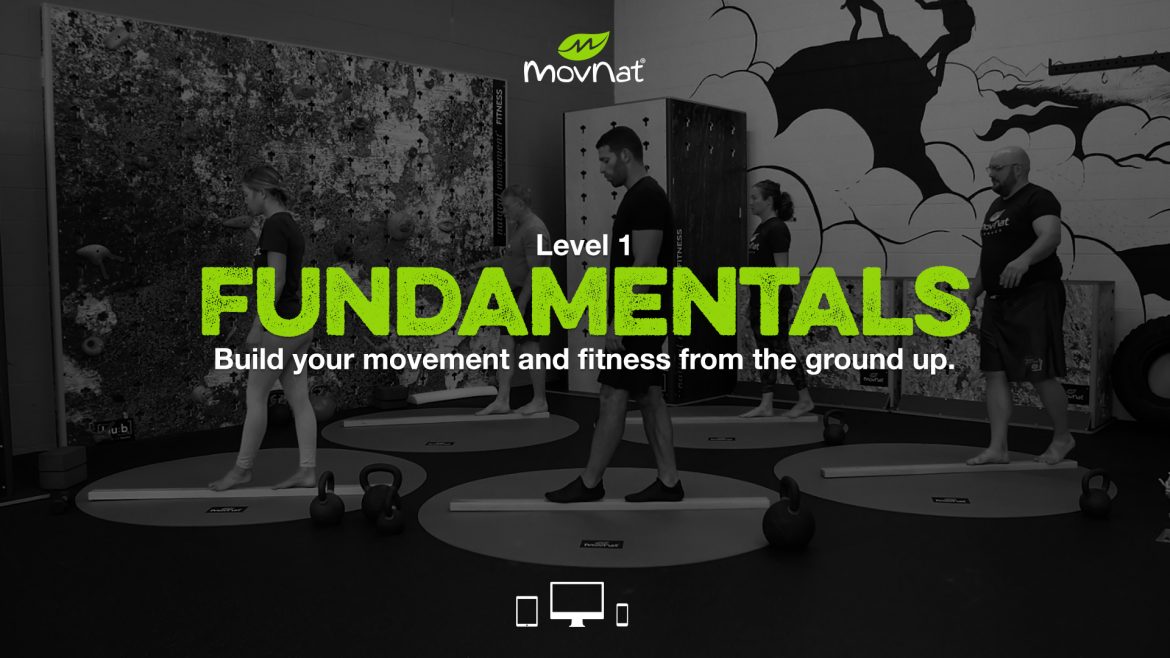