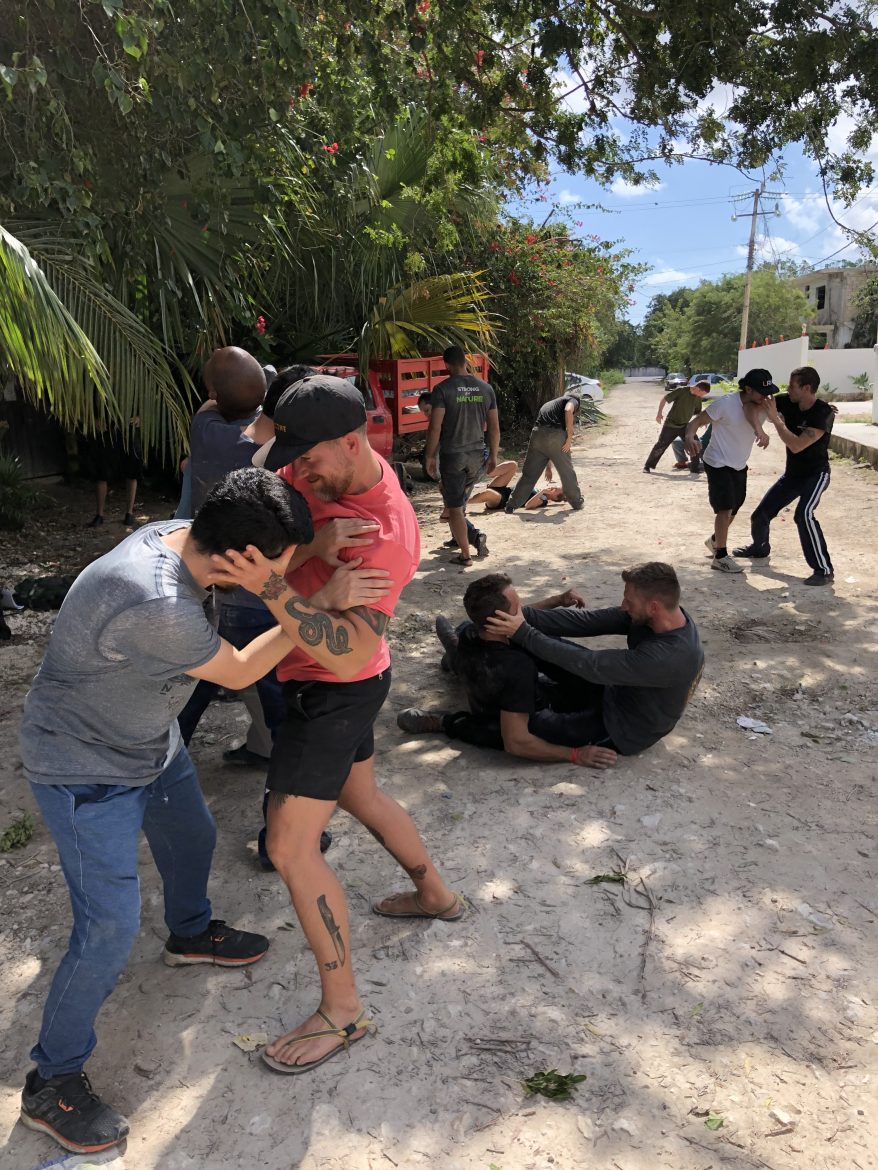 My experience in the MovNat Combatives course was excellent. Everyone involved was very friendly and supportive, the environment was safe, with the biggest risk being getting a little scratch or two and getting some sand in the eyes. It was challenging, fun, and everyone was motivating each other and pushing themselves to do their best.

The creator of the MovNat’s Combatives and Aquatics courses, Vic Verdier, has a love for these courses that is palpable, and seemed infectious even to the most timid of participants by the end of the first day. The content of the course is what I really want to talk about in this review, but the atmosphere, the experience, and bonding during those few days can not go unmentioned.

As a martial artist going into the MovNat Combatives course, I decided to put all my biases aside and approach the experience with a beginner’s mind. I didn’t know what exactly I would think, but as an combative arts instructor myself, I admit that I didn’t expect to be particularly impressed, nor disappointed. This course surprisingly turned out to be quite a paradigm shift for me, influencing what I focus on when teaching self defense to new people, and what I reserve for those interested in putting more time and effort into their training.

Vic’s course isn’t about how to throw a punch, or twist someone’s arm. It’s more about understanding the nature of violence; the strategy of what targets will affect the aggressor’s ability to pursue you; what natural body weapons don’t require training to use without injuring yourself; and how to escape after successfully breaking contact.

The two parameters for anything that makes it into Vic Verdier’s course is that it has to be something that can be learned by anyone in less than 5 minutes, and it has to work on anyone regardless of a disparity in skill or strength. The result is a Combatives course that is very much focused on the strategy of escaping restraint; developing an understanding of the psychology of different categories of violent people; and learning how to use what you already have and how to break contact while causing damage to one of three key targets that make sure it is difficult for the aggressor to follow. 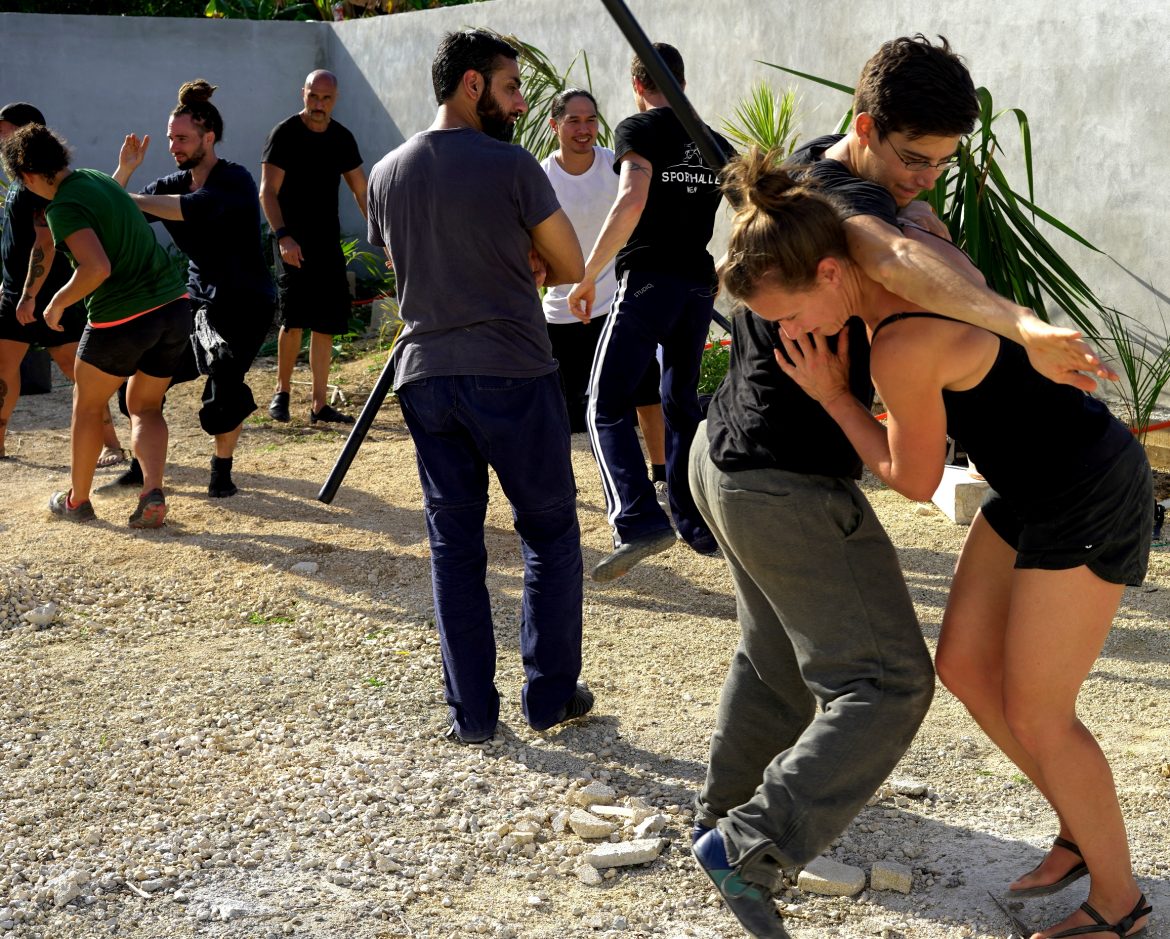 There are a few common red flags that I frequently observe in many questionable self defense courses; those who attend often complete a course with an unrealistic confidence that may put them in danger; they learn overly complex skills that require a high level of ability and many hours of training in order to be useful against a resisting opponent (but they can do it after a weekend); or they are taught strategies that would almost certainly be ineffective against anyone who knows how to fight. The two aforementioned parameters for what makes it into Vic’s MovNat Combatives course is like a fail-safe for all of these red flags.

So if you are humming and hawing about taking the combatives course because you don’t know if you’ll be able to do it, and worry about getting hurt, this is a perfect on-ramp for you to becoming more comfortable with combative scenarios. If you already practice martial arts and your inner ego has you looking down your nose at the idea of taking a few-days-long MovNat Combatives course, try to empty your cup, lower your guard and give it a chance, especially if Vic is teaching it.

If I had to describe the course in a short sentence, I would say that it is eye-opening, in that you will look at the world differently if you keep what you have learned from this course in mind.

Alex Schenker is a MovNat Master Trainer and Budo Taijutsu Shidoshi (licensed instructor / 5th degree black belt) in the Bujinkan international martial arts organization. Since early childhood, Alex always has held a deep fascination with movement and martial arts, briefly trying Karate, Jujutsu, Judo, Tae Kwon Do, and Kick Boxing throughout his adolescence but never staying interested due to a disdain for competition. He also studied Tai Chi Chuan (Yang & Chen style), Ba Gua Zhang, and Aikido later on, but nothing for more than a year or so. Alex discovered Budo Taijutsu in 2004 and never lost interest, finally traveling to Japan in 2018 to train directly with the founder of the Bujinkan and his chief students. For Alex, MovNat is the perfect compliment to his martial practice, and is like taking Taijutsu and applying it outside of the contextual demands of a combative scenario. 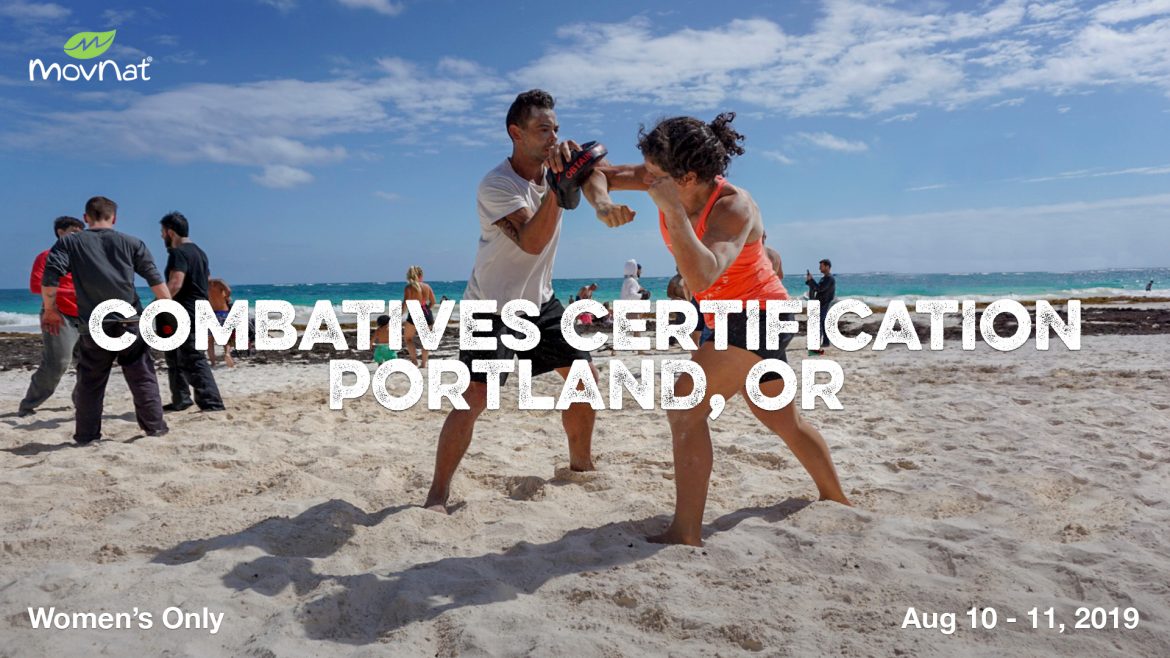 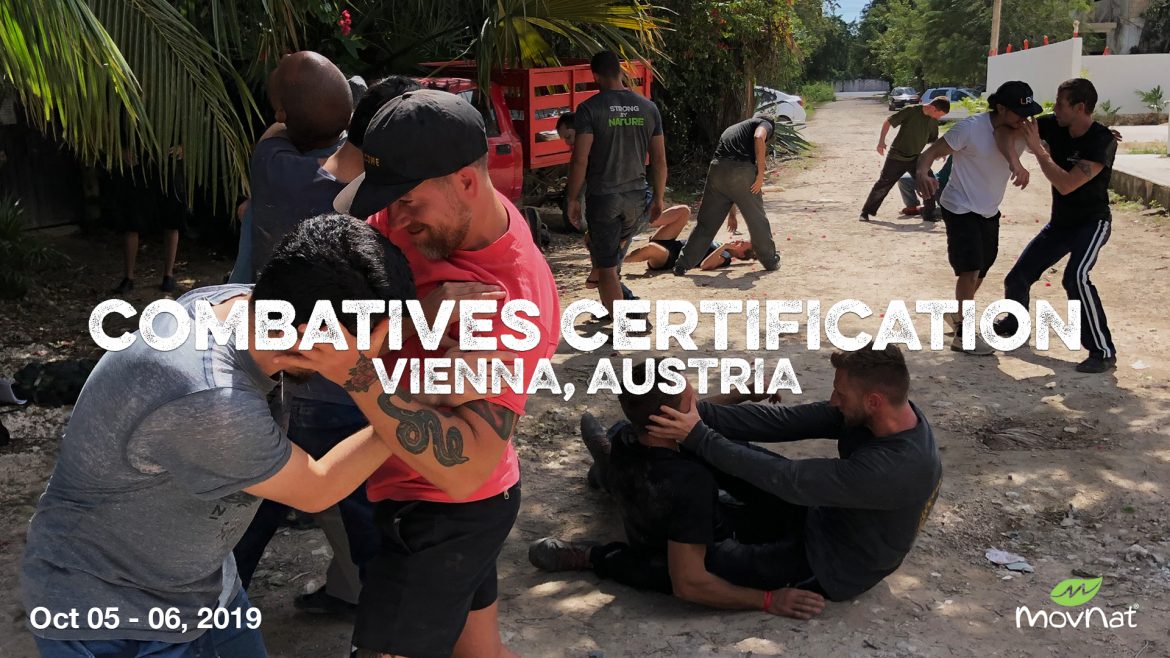