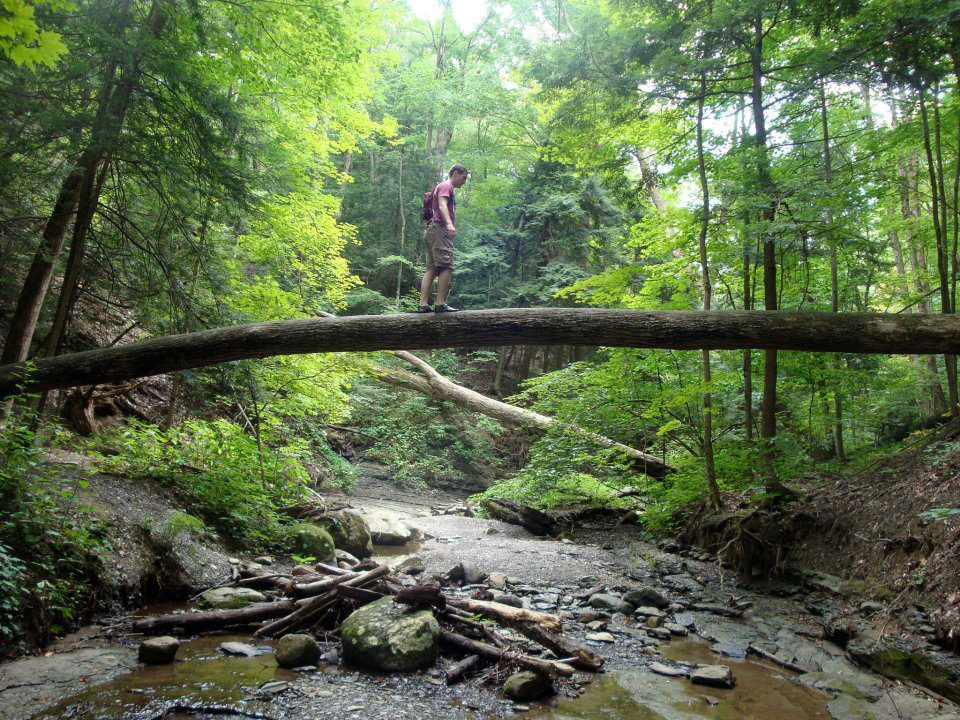 “True strength, in its broadest meaning, must be seen as the result and synthesis of physical, virile and moral strength. It resides not only in the muscles, the breath, the dexterity…, but above all in the energy that uses it, the will that directs it or the feeling that guides it.” – Georges Hebert

Movement happens in your mind and brain before it takes place in your body; it is an internal process before it is an external manifestation. The movements we see taking place externally are the result of the nervous system ordering the rest of the body to move. In short, movement comes from the inside out. It stems from awareness.

However, most people have been sold the notion that exercise is something exclusively physical. As people start their practice of Natural Movement, they realize that efficiency isn’t that natural.

As kids we move a lot without thinking, but as grown-ups we think too much without moving. We have been taught to experience the world almost exclusively via our intellect. Not surprisingly, adults tend to overthink movement. Fortunately, mindfulness is the path to efficiency.

The path to unconscious efficiency relies on mindfulness and can be summarized as follows:

In the beginning, a jump is just a jump. With mindful practice, a jump is no longer just a jump because you realize that it is more complex than it looks and that it can be transformed into a much better movement. Eventually, a jump goes back to being just a jump, but it is nothing like the jump it was at first. Efficient movement has become second-nature thanks to mindfulness. But the mindfulness you have applied has helped you achieve movement competency in a wordless, thoughtless state of mind. I call it mindful movement. 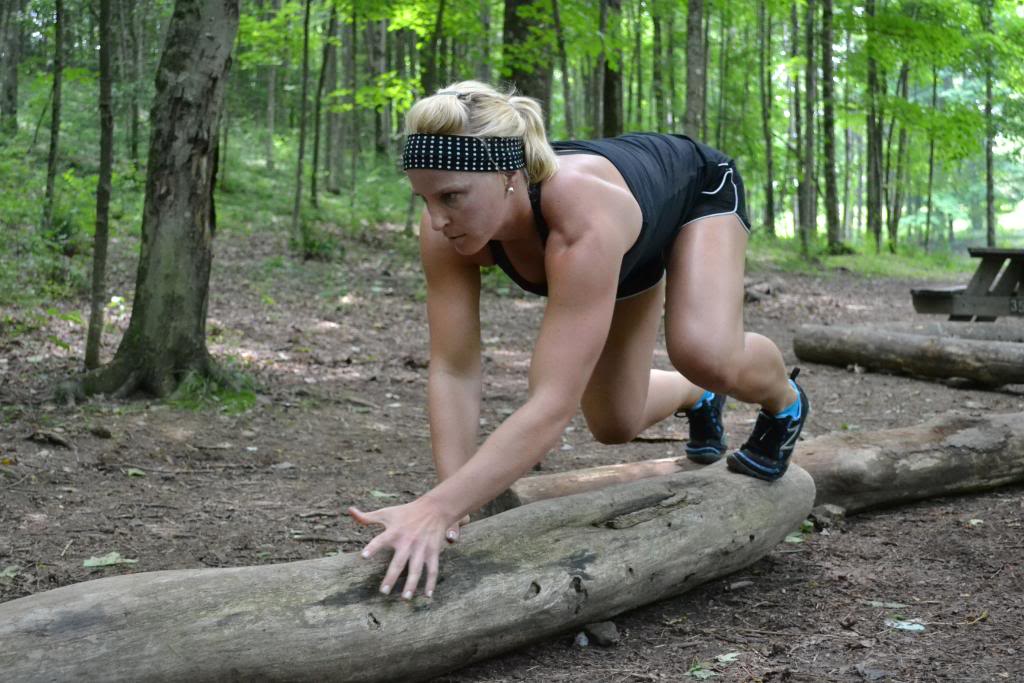 Mindful practice requires that you pay attention to the two primary aspects of your physical performance when you move:

Effectiveness alone is not satisfactory; efficient effectiveness is what mindfulness ultimately strives to achieve. If such effectiveness translates in part to achieving a certain figure—say, twenty repetitions in less than sixty seconds—that is awesome. However, in the absence of mindful and efficient movement, practice is effective but inefficient, and your growth and performance ultimately are impaired. The progress that you can only observe or feel is not less important than the progress that can be measured. The same goes for the “data” that you collect from practice—the most important feedback is how movement feels.

Paying attention to sensations—and to thoughts or emotions that arise before, during, and immediately after movement—is essential to managing efforts and actions. Simply put we must physically experience movement ourselves to learn it. The more attentive we are to these experiences, the more we can benefit from them. Attentiveness occurs through mindful Natural Movement.

The concept of mindfulness has nothing to do with the idea of “mind over matter.” You can’t achieve efficient and adaptable movement and physical performance without being mindful; the key to establishing, improving, and optimizing such competency lies on consistent mindful practice. One time, someone told me that they didn’t need Natural Movement practice because their “mindful” practice—yoga and meditation—would enable them to overcome any challenging real-world circumstances that demanded a physical response because they would be able to tap into their innate potential to multiply their strength. I’ve heard stories of people who’ve been able to pull from a previously unrecognized source of strength in times of need, but those tales are quite rare compared to the many stories of people who have found themselves completely unprepared and helpless when life put them in situations they had never expected.

Mindfulness is not a magic trick, a silver bullet, or voodoo spell; it’s a straightforward, down-to-earth ability to optimally operate your body, and you can’t create that efficient “mind-body” connection without practice. 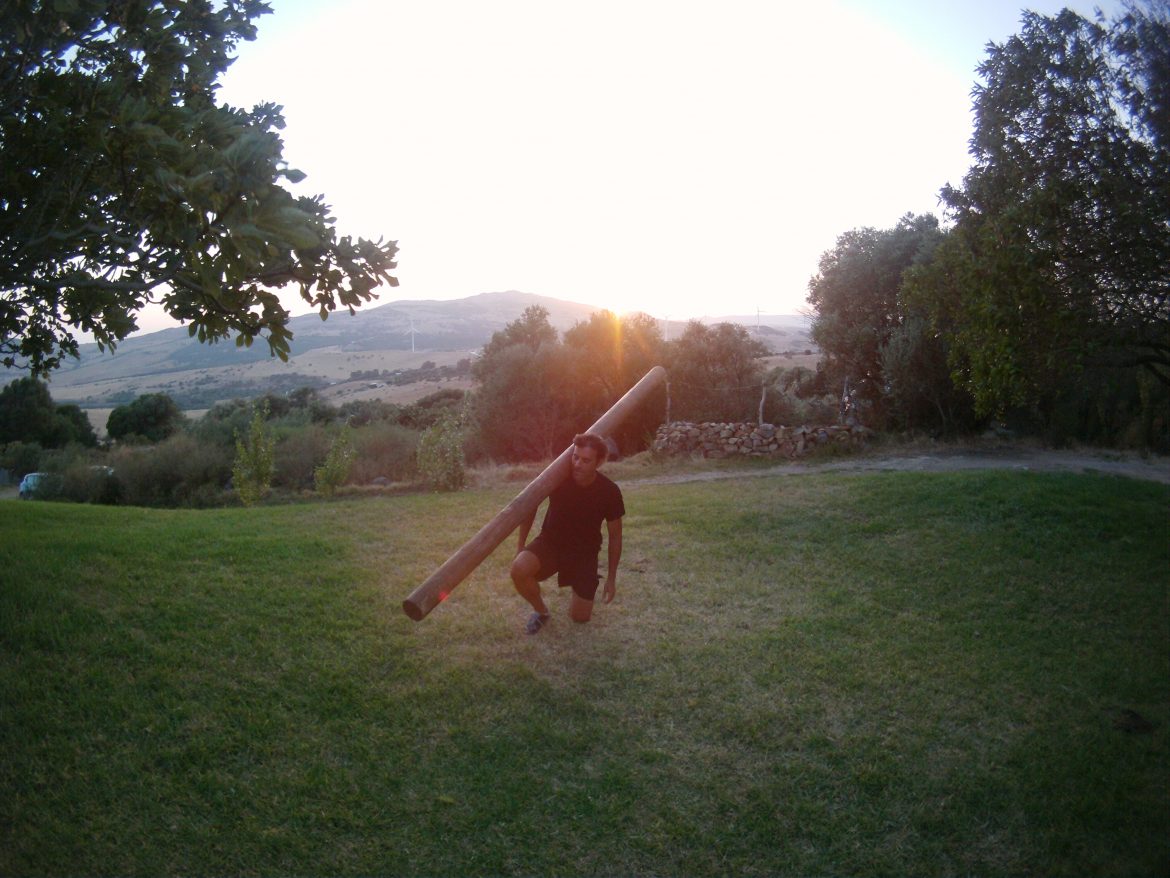 Natural Movement is never disconnected from the real-world context where it takes place. Although meditation is a part of Natural Movement practice, when you’re in motion you cannot afford to close your eyes and isolate yourself from the world to connect to your inner world. This is a powerful insight: Natural Movement demands that you mindfully engage with the outer world, not retreat from it. Your senses must be sharp, your attention oriented to both internal and external input. Is this purely physical? Of course not; it’s extremely mindful because the world and variables around you are real, tangible, changing, and impossible to dismiss.

It is often said that mind-body connection is about being in the moment or in other words being in the “here and now”, which is indeed valuable. But it still leaves you with the possibility of becoming distracted and mentally transporting yourself in a different place and time. Adaptable movement most often does not grant you such “luxury”. The moment you get distracted is the moment movement fails. Interacting adaptively with an external, complex context demands alertness and responsiveness that closing your eyes and stilling the mind can’t match.

The importance of context is so important in Natural Movement that in the absence of contextual demands—such as when you’re in an empty indoor venue with no environmental variables other than a flat floor and walls—you might want to visualize the types of obstacles or situations that you normally practice with. You can jump over and crawl under imaginary obstacles or run away from imaginary dangers. In the absence of a real context, the simulation of it gives your movement the meaning it needs and always deserves. After all, if we can anticipate our next moves before they happen, we can certainly mentally simulate the context where those moves should ideally take place. The context may be imaginary, but your movements are nonetheless real.

At this point the importance of context in Natural Movement doesn’t need to be reasserted; never lose sight of the original and fundamental reason for being able to move. 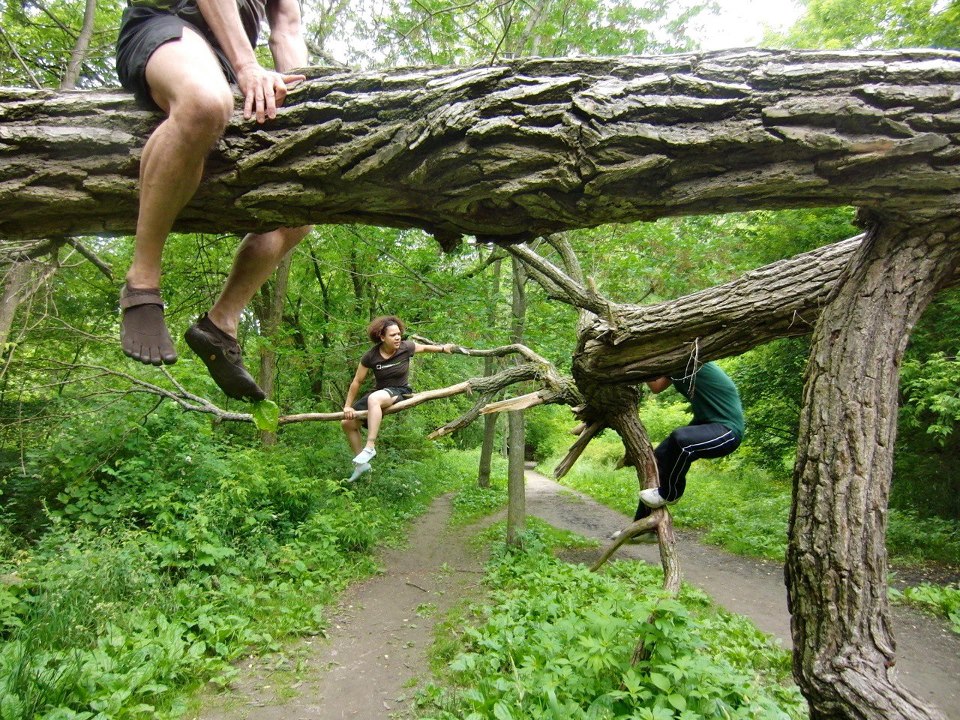 “The mind’s first step to self-awareness must be through the body.” – George Sheehan

Mindful, adaptable Natural Movement practice provides an immediate reward. Focus, adaptability, and fighting spirit combined with physical motion create a potent and positive psychological experience. The instant gratification you get may not be that you acquire impressive movement skills and physical capacity in record time, but that you feel energized both physically and mentally every time you practice.

The practice of mental toughness is not a supplemental and optional aspect of Natural Movement practice, but an inherent component of it. Regardless of muscular strength and tough looks, when someone who is mentally weak is exposed to a certain level of difficulty, that person is quick at talking himself into giving up long before the body has reached its limits. It is often a surprise when unassuming individuals with no particular physical strength or skills can demonstrate impressive mental toughness. Those who have this mental quality can make faster progress and achievements than those who are have natural athleticism but no willpower or self-discipline.

The “know thyself” principle isn’t limited to the mind; it must include knowledge of your physical capabilities. If you don’t know what your body is made of, you will never know what your mind is truly made of.