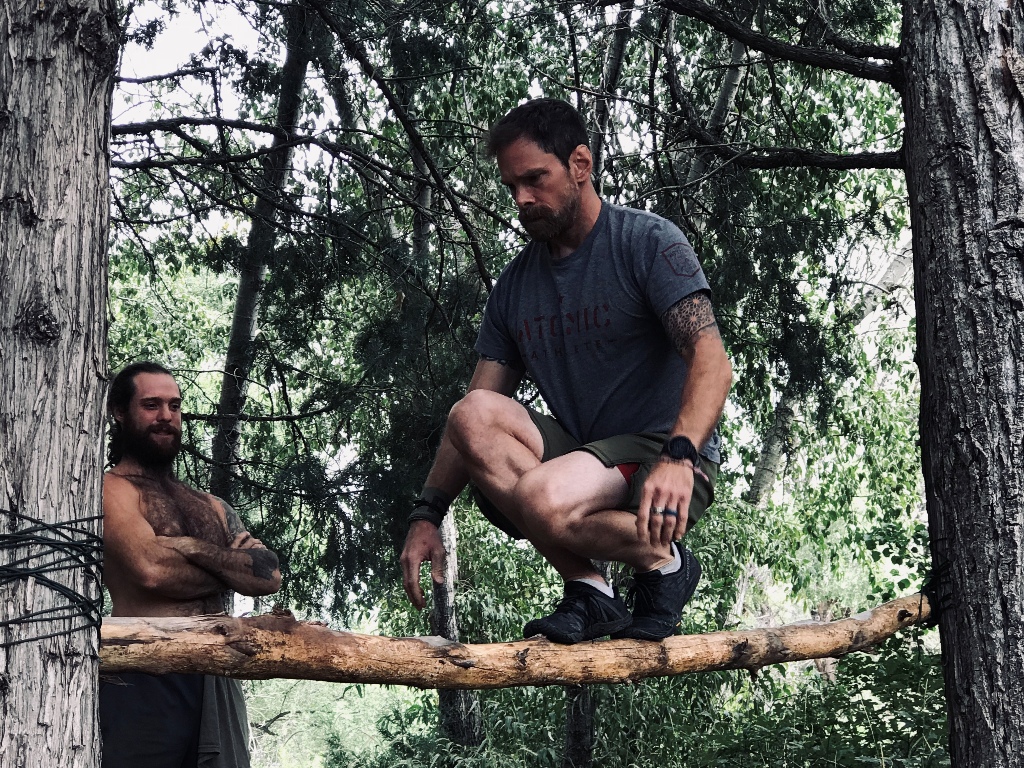 It was around April of 2018, and I stumbled on MovNat like many people, through the book Natural Born Heroes. My friend, David, and I read the book and were immediately drawn to the concept of Natural Movement. I started digging into the MovNat website to learn more. My background up to this point had been around two solid years of dedicated hybrid training. Working through aerobic, strength, and work capacity modalities. I’d had great success and was in the best shape of my life, but I was starting to look for something different. I’d been working through some injuries, and at 47 years old, I was feeling the heavy lifting more and more.

I decided to try to learn more about Natural Movement. However, I was too late for the certifications and workshops that were near me. So, I started looking for coaches or gyms that might be near Madison, WI. I don’t remember how, but I found Kellen Milad’s name. Kellen had some online material, and I contacted him to get some more information. I started working through some basic programs that Kellen had; and pestering him with questions about it. I also started following some of the other coaches in the MovNat community to learn more. It was actually through Instagram that we were able to get a MovNat certification scheduled at Orthdx Natural Fitness in Madison, Wisconsin. It also turned out that Kellen was the instructor. We worked out some times, talked with Christa at MovNat and got the certification listed on the MovNat website. 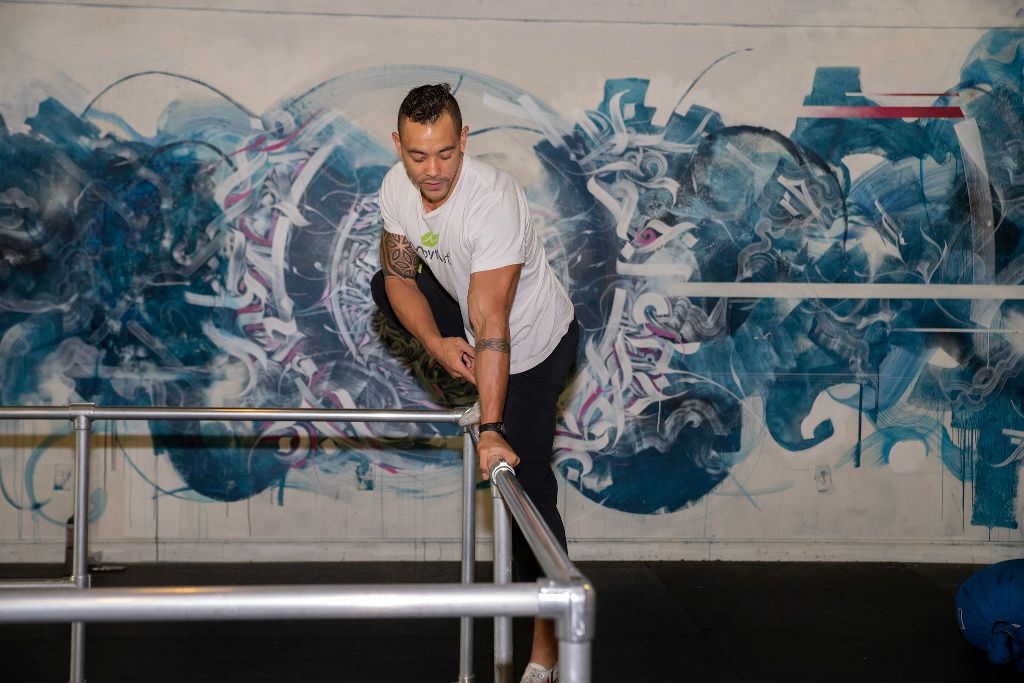 It was about the beginning of June that we got all the details worked out, and I signed up as soon as I was able to get access to the Level 1 and 2 materials. It was at that point that I broke my arm. Both the ulna and radius right at the wrist. It was a bad break. Even the emergency room doctors were impressed looking at the x-ray. My first thought was “OK, I won’t be able to do the certification.” After talking with the doctor at the hospital, and eventually, the hand specialist, they didn’t see any problem with me doing a fitness certification in five months. So, my next thought was, “OK, what do I do first?”.

I started out with a plan to train while in the cast. After two sessions of that, I decided to just take a rest and let it heal. There were a variety of reasons at the time. It took awhile for the doctors to be certain I didn’t need surgery. So, that was additional time spent in a brace. It didn’t feel stable while in the brace. So, I chose to take the time to focus on other things. Mainly studying for the MovNat Level 1 and 2 certifications.

There’s a ton of material for Level 1 and 2 that MovNat makes available. I figured this was a great time to really hunker down and focus on going through it all and taking my time. I had several weeks, after all. Being one who likes taking notes by hand, and the fact that the wrist I broke was my dominant hand, I had to teach myself to write with my left hand. So, I spent the next few weeks going through handwriting exercises. After that, I went through all the videos and took handwritten notes, slowly. 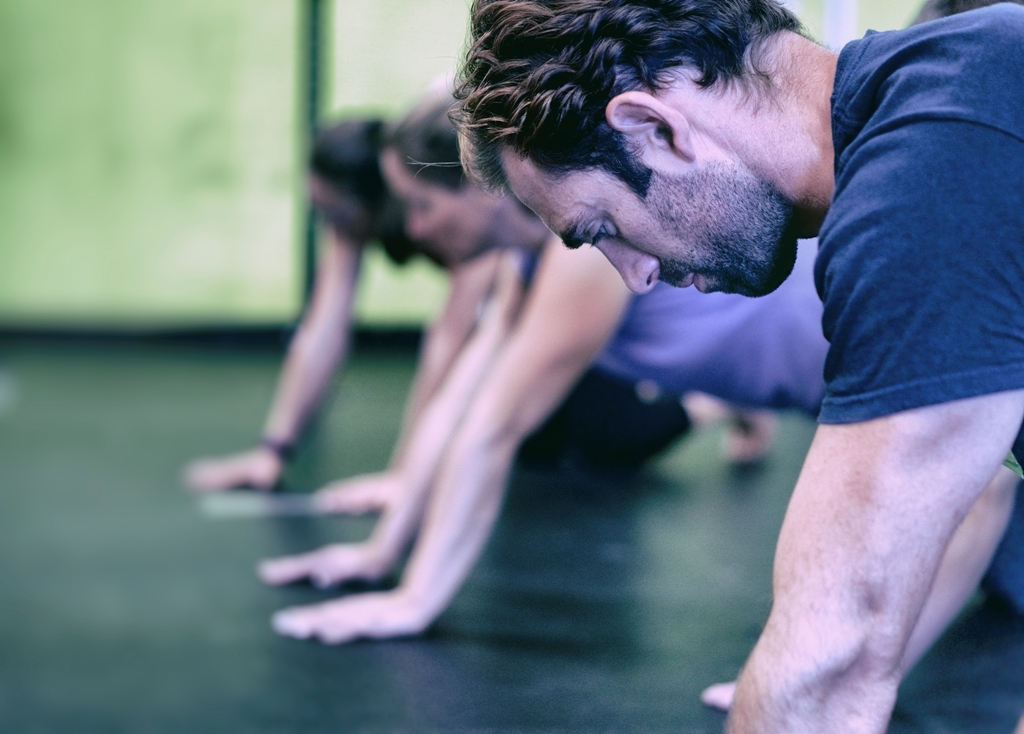 It took five weeks to get out of the cast and into a brace. I was still pretty limited in what I could do, but I could start training again. At this point, I was in Occupational Therapy and working the various mobility exercises for my wrist. On top of that, I was doing MovNat for everything but my right hand. Jumps, crawls (hip thrust, push pull, shoulder), balances, 1-arm carries, stepping, 1-arm hangs, everything I could do 1-arm. I did this through September until I was out of the brace and cleared for “whatever I wanted to do”.

Once I was out of the brace, I focused on a lot of ground movements. Holding a knee-hand position, rocking in that position, placing more and more weight on my recovering wrist. At this point, a Foot Hand Crawl was way beyond what I could handle. Hanging was another exercise I focused on. Putting most of my weight on my left arm (I’d been strengthening it for this) and working my right hand grip and easing into loading it. Carries with 5-10 lbs felt odd, but helped to strengthen my wrist. Banded Pull Ups, Push Ups on dumbbells to minimize the load on a bent wrist. Progressing my ground movements. I spent a lot of time on the ground. Working Knee Hand Crawl so I could better control the load that I placed on my wrist. Working from rocking to a step forward and moving on from there. At the same time, I was working those areas that weren’t impacted with Shoulder Crawl, Hip Thrust, Push Pull Crawl.

Basically, I used MovNat to rehab my broken wrist. So much so that the Occupational Therapist didn’t have any more exercises for me as I was doing way more than what she would see in other people at similar stages of rehab. I slowly incorporated more and more load on my wrist, getting it stronger and stronger. I’d work strengthening exercises for the grip using carries, along with wrist curls and other rotational exercises to build up range of motion and strength. It took time, but I got there. After having broken my wrist in June, and with November quickly approaching, I focused on refining my technique. Vaults were a tough one that took some time to get back. I really felt the load and shock on my wrist, but it came. Just doing a few at a time with stretching and adequate rest between vaults helped. 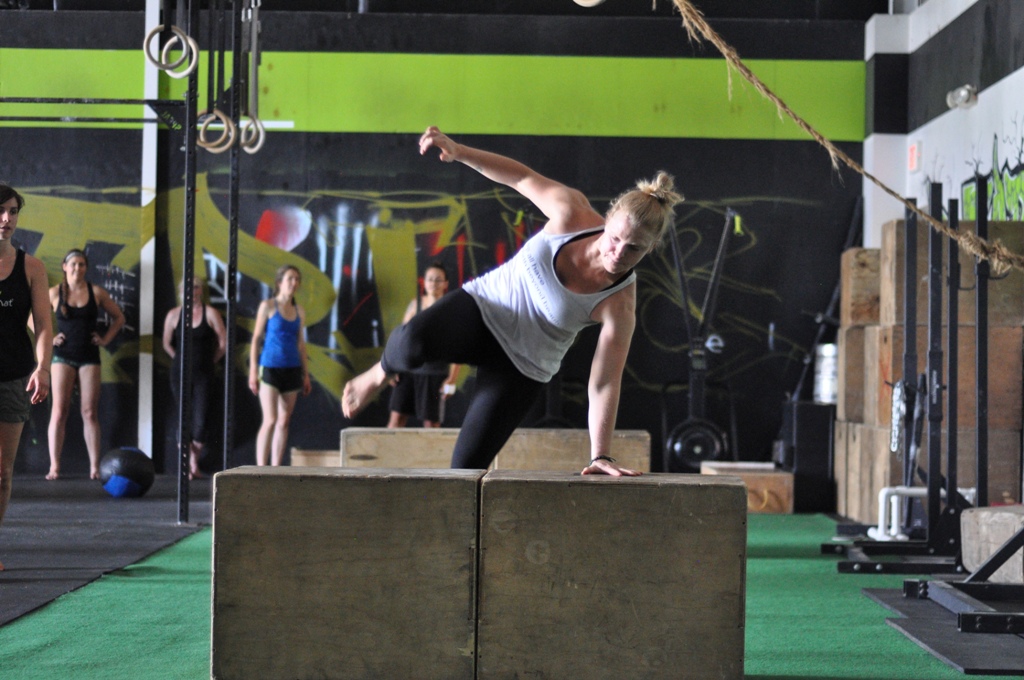 Finally, November came along with my MovNat Level I and II certification. The experience there was amazing. Kellen, the instructor, was outstanding. Not just in his instruction, but in how he guided us and brought people together. He helped build connections with others so much so that everyone was helping everyone else. For a full day event four days in a row, it went by very quickly. Building skills from Level I ground movements, get ups, lifting, carrying, jumping, and throwing. Each skill built from previous ones.

The first two days consisted of people doing the workshop as well as the Level I certification.* We had around 15 people and the diversity of the group was fantastic. Moving into Level II there were much fewer of us. Mostly fitness professionals looking to incorporate MovNat into their programs in some way. The group that went through Level II formed a tight bond. We all encouraged one another. Helped to move each other forward. The skills for those days increased in difficulty. Working more vaults, climbing, jumping and others. The testing was challenging, but you had a team of people backing you up that really helped bring out the best in you.

After all this, I was able to complete my MovNat Level I and II certifications! To me, this journey speaks to the power of Natural Movement and the MovNat system. That I was able to effectively rehab a broken wrist to being able to participate and pass my certification in such a short amount of time is amazing. 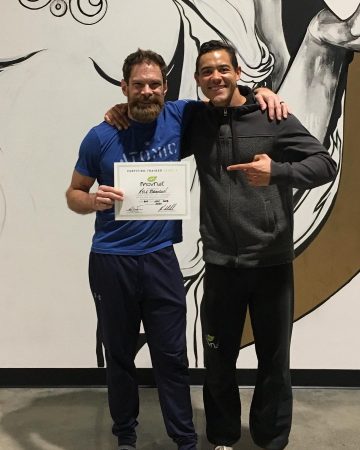