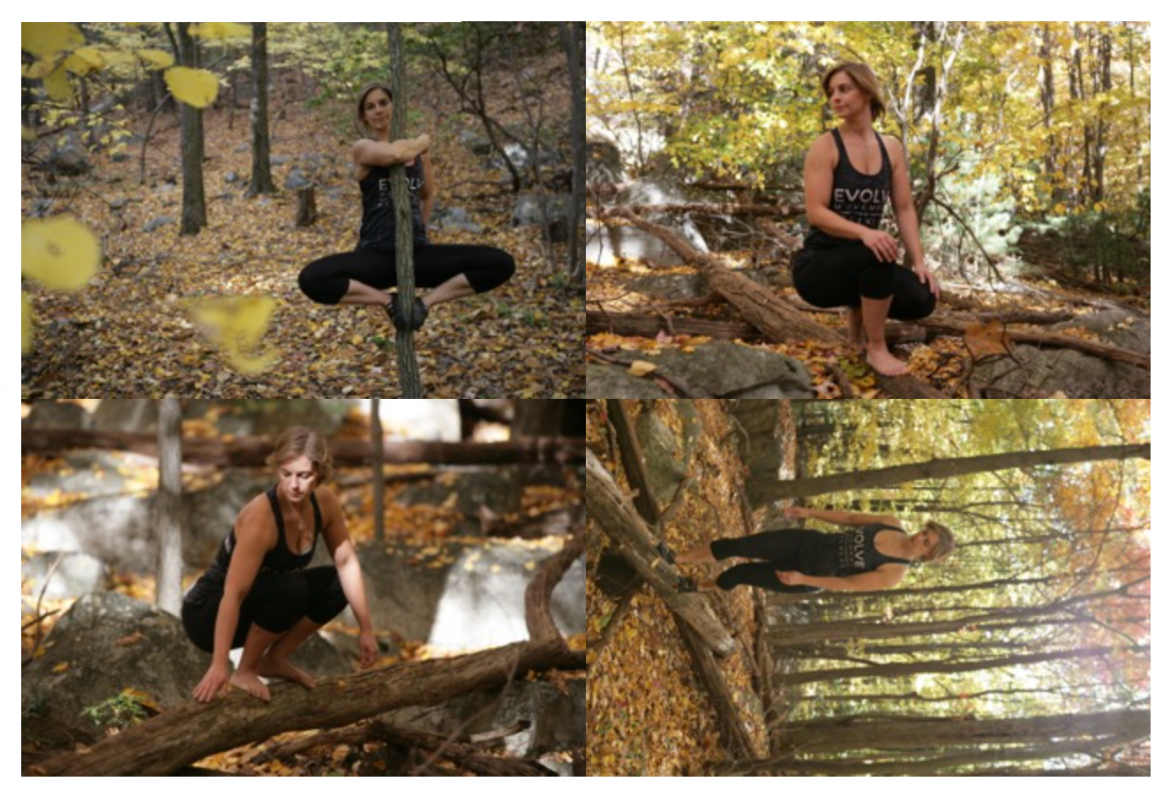 To be fit is to be deeply healthy. However, in the modern era, the ‘fitness’ industry is very aesthetically-oriented, even more painfully so for women.

As presented in our culture, the only reason for women to move vigorously is to strive for that perfect beach body that looks like the magazine model’s. Though there has been a growing movement toward encouraging more strength-oriented training for women, even this in many ways just substitutes one aesthetic for another, trading an obsession for calories burned to pounds lifted. So, how can we change the way we approach women’s fitness to be truly focused on health – with an improved body image as the natural consequence – instead of focused on body image?

Through the development and deliberate training of natural movement skills via MovNat, women can be empowered to view their bodies as capable, adaptable and strong without having to go to any extremes or fit into any norms. Furthermore, women are so busy these days, it can be difficult to carve out dedicated gym or fitness time. MovNat skills can be practiced and incorporated anywhere, anytime- a ground movement flow while the baby naps, climbing skills on monkey bars at the playground, crawling on the floor with the children during playtime. How awesome to be the mom (or even grandma) capable of mindfully playing with the kids instead of sitting on a park bench, staring at a screen while the kids play? 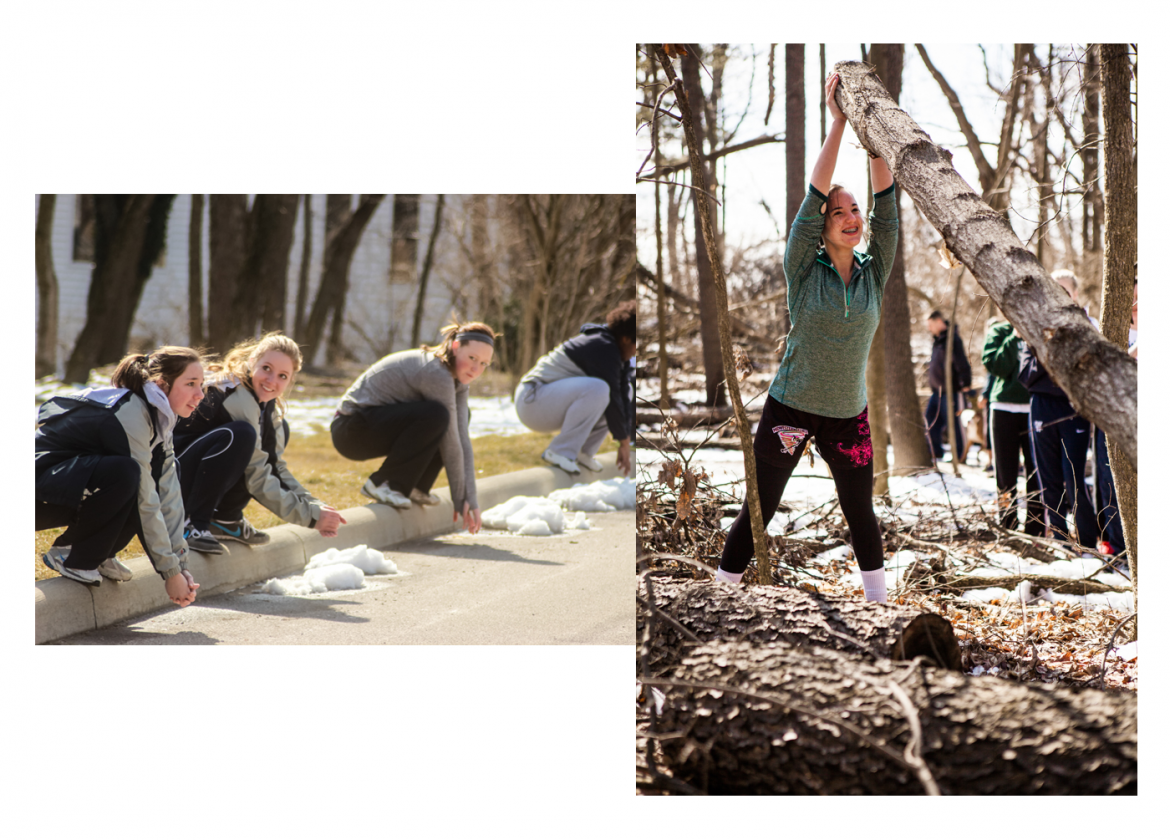 To get this message to more women and show them the benefit of training for authentic fitness, we need more women MCTs to be active role models. To that end, MovNat’s only current female Team Instructor Abby Clark noticed the underrepresentation of women among the ranks of MovNat Certified Trainers and decided to do something about it. With the help of her husband, Danny Clark, MovNat’s Performance Director, she organized and executed the first women’s only MovNat certification back in 2016. I was one of 8 woman who attended the Level 1 certification. Four more attended the Level 2 certification and an additional 3 women attended the workshop portion of the weekend.

Allow me to digress a moment and say that MovNat has been on my radar since hearing about Erwan’s work on Robb Wolf’s podcast, circa 2011 for me. I’ve personally been on the fringes of it since then, totally in agreement with the underlying philosophy, but never quite sure how to incorporate it into my life or my training. For one, I didn’t know anyone else who knew what MovNat was, let alone trained that way. About a year ago, I connected with Abby via Instagram and a whole tribe of MovNatters across the world became my inspiration and virtual training partners. So when Abby announced the woman’s only certification on her Instagram feed, I knew it was time to take the plunge and find whatever way I could to be there. It took 5 years for me to finally attend an event, and if it weren’t for the woman’s only event, I may have waited even longer. 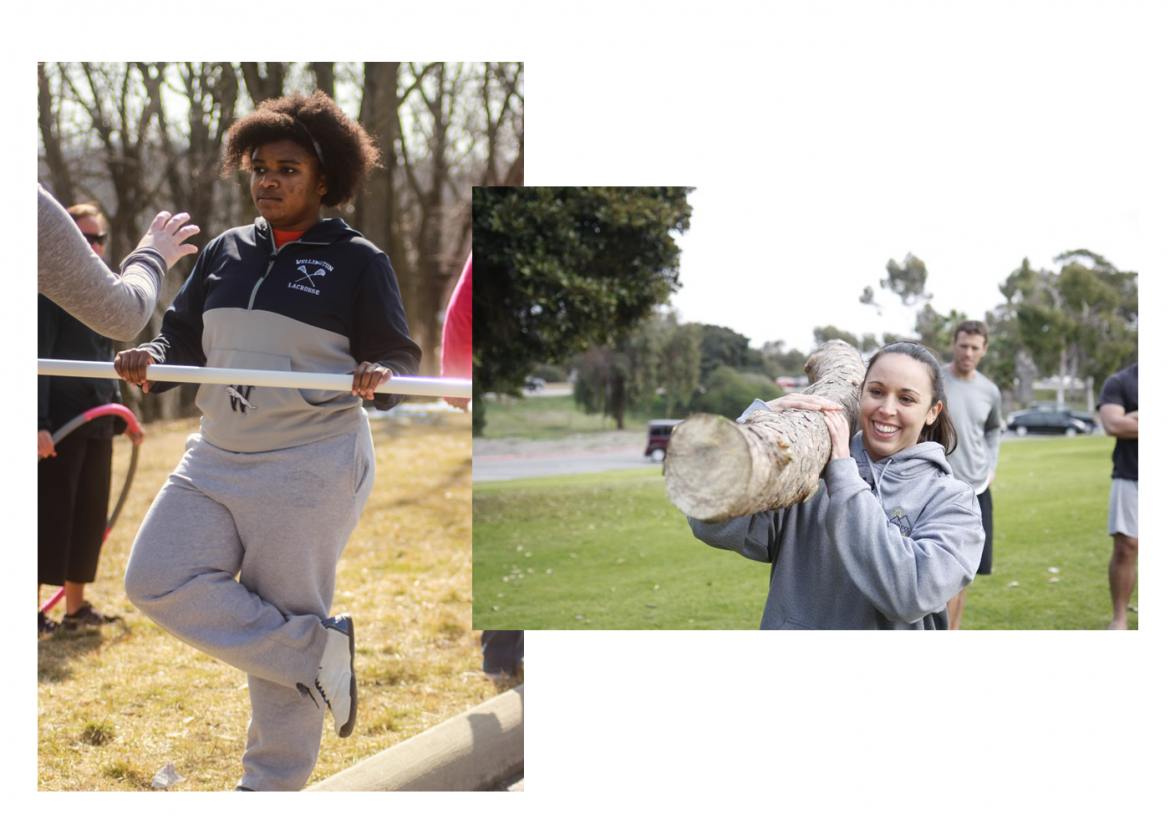 As it turns out, I was hardly alone in this. As we sat (or squatted) in a circle and introduced ourselves that first morning, a theme emerged. Many of us had known about MovNat for a while, even practiced and played with the skills in our own training, but it wasn’t until the woman’s only course that many of us felt confident to lean-in, sign-up and really give it a go. Though not all women will prefer the gender exclusive format, judging from the weekend’s participants and the response on social media, there are a lot of women looking for the emotional safety, camaraderie and the extra supportive vibe of a women’s only format to finally give MovNat a try.

There was another theme that emerged as well, particularly among the certification candidates. Many were trainers with clients already, particularly women, who they want to empower through the practice of natural movement skills. Too many women only work out or exercise to achieve aesthetic goals that aren’t even for their own happiness, but for the pleasure or acceptance of others. These women at the certification are part of a small, but growing, fraction of the ‘fitness’ industry encouraging their clients to move away from the narrow, shallow, soul-crushing view of what women’s bodies are capable of and how to train them. Instead, many of us attended that weekend because we saw that MovNat has the potential to empower more women to see their value in having strong, healthy, capable bodies regardless of current shapes or sizes.

Men and women have different bodies & minds. Different strengths and weaknesses, different centers of mass and different tolerances for risk. Yet, the mindful natural movements skills taught by MovNat are basic and essential for proper functioning of ALL human bodies. As MovNat continues to grow and broaden it’s reach, its important to emphasize and model the foundational nature of its method for teaching movement skills for people of all genders, ages, sizes and abilities.
Abby held the second ever Women’s Only certification in New Mexico the following year and 30 women attended. We hope you’ll join us in this crusade toward a better, stronger perspective on women’s fitness.

Dr. Christa Whiteman is a chiropractor specializing in an evolutionary medicine approach to chronic disease & musculoskeletal pain. She is also MovNat’s Operations Coordinator and a MovNat Level 2 Certified Trainer. Using a Paleo diet template, chiropractic care and her MovNat coaching skills, she helps her patients recover a healthy body and way of life. She lives in the Hudson Valley of NY with her rock climbing husband and one very spoiled mutt, where she loves to run barefoot. She runs a MovNat licensed facility and can be contacted at www.evolvemovementwellness.com and followed on Instagram at @primaldoc