Relearning How to Move When Doctors Say It’s Impossible – After 13 Surgeries and 7 Years of Rehab, Here’s what Finally Worked… 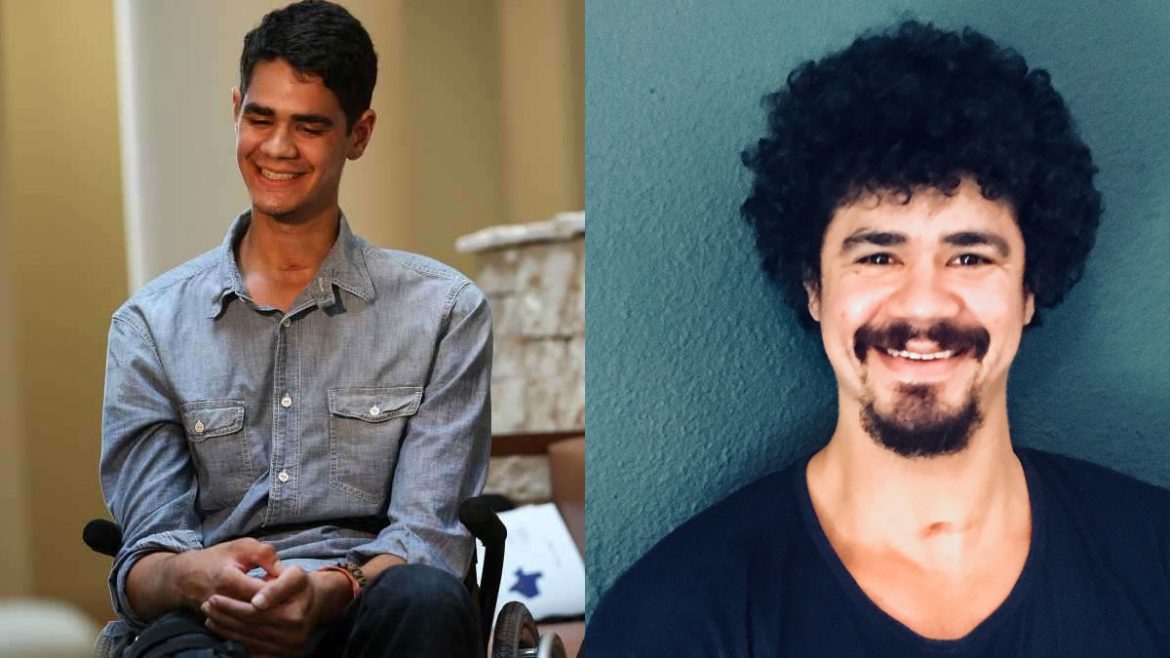 I was 25 years old—my 25th birthday being just two weeks ago—and I was heading to work as a roughneck on an oil rig in West Texas. That’s about all I remember. I woke up in a hospital bed about 6 months later with tubes emerging from nearly every part of my body. Apparently, I had been waking up for a few days at that point, but a head injury left me with a large gap in memory that spans from around the time of my birthday to this last time waking up.

I was told that I had been in a car accident and was awakening from a medically induced coma. I couldn’t walk, write, I could barely speak, and I couldn’t remember anything past 20 minutes. I had suffered a severe traumatic brain injury (TBI), fractured my hip, broke my arm, tore nearly every ligament in my right knee, tore some ligaments in my left knee, and separated my shoulder at the acromioclavicular joint. I was a complete and total wreck. 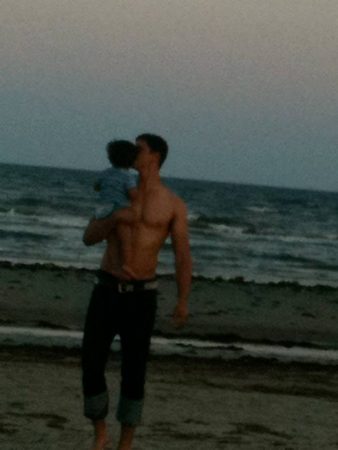 Prior to the accident, I was in my prime. I was just getting off active duty and had spent 7 years in the US military complete with a combat tour of duty. I completed some of the more difficult training that the military had to offer, and I was in the best shape of my life. Now, I looked in the mirror, and didn’t even recognize myself. It was such a strange experience. In my mind, I could do all of the things that I could do prior to the accident, but now when I tried to move, none of those things felt even remotely possible.

I underwent numerous surgeries and what feels like every type of therapy known to man (speech, occupational, physical, etc.). All of these surgeries aimed at getting me to a “functional state,” but none had the intention of getting me back to where I was. I wanted more than just to function. I wanted to be able to do more than just exist!

7 years and 13 surgeries later, we arrive at the near present in Austin, Texas. After all of the surgeries and subsequent rehab, I still had a noticeably abnormal gait. My left leg would circumduct whenever I took a step, and my left foot would hit the ground much harder than my right due to nerve damage. My left arm had atrophied, I had pain in my left shoulder, and pain in both knees. My coordination was all over the place from the TBI and lack of appropriate neuromuscular retraining. Don’t get me wrong, I had come a long way from using a walker, and I had some great physical therapists and surgeons along the way who helped get me to a place where I could function. That said, I wasn’t where I knew I could be.

But that was about to change in a big way. 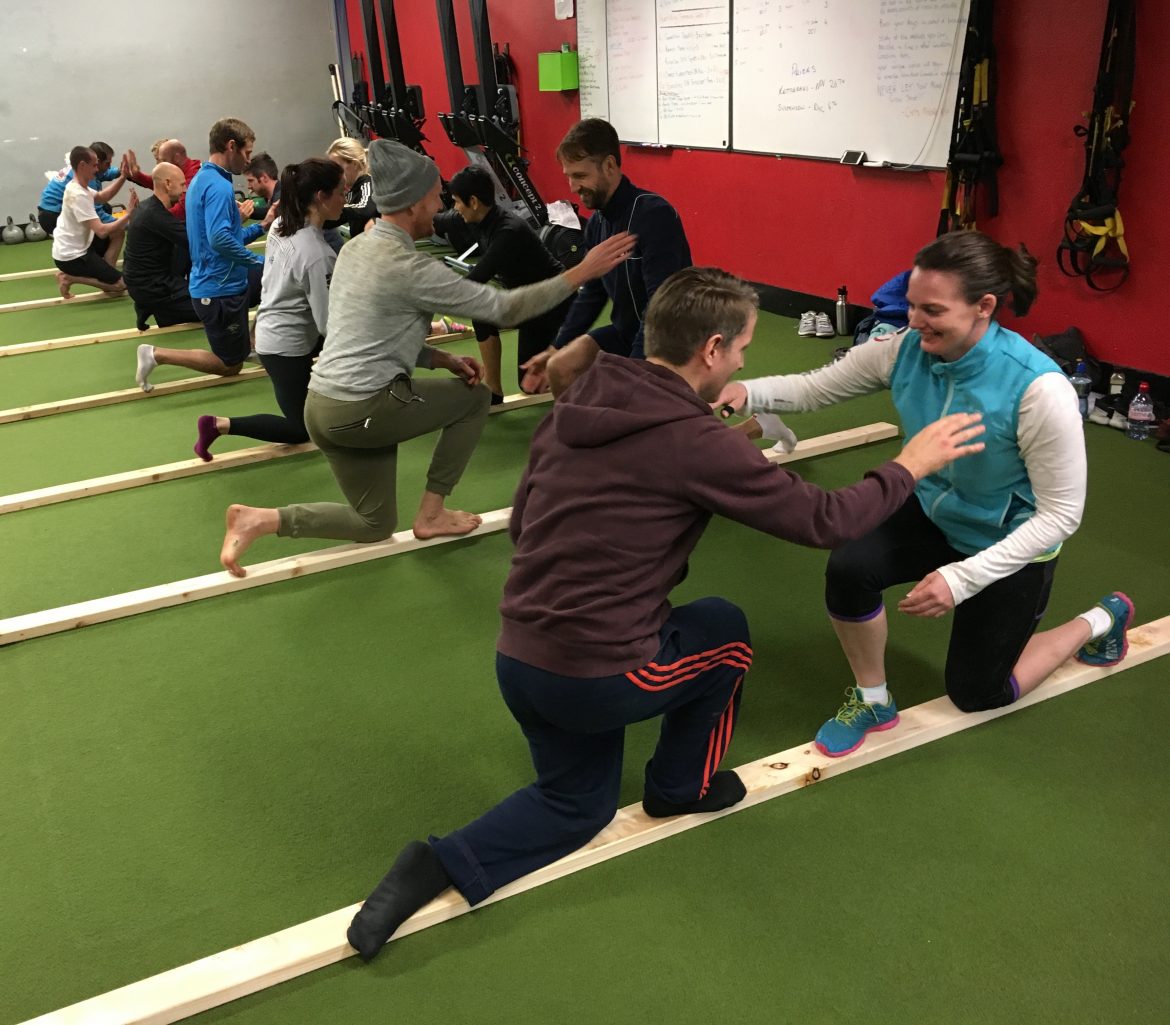 Scrolling through Instagram profiles of martial artists, gymnasts, and movers like Ido Portal, I noticed this theme of captions discussing “natural movement.” Eventually, I stumble upon MovNat, and learn that there is actually a systematic way to learn how to move.

After doing some research, I decided that MovNat was what I needed. I signed up for a dual level 1 and 2 instructor course and booked a flight to Portland.

My class was held at Point Gym & Kitchen, a locally owned training and coaching space that focuses on movement and nutrition. I was warmly welcomed by my MovNat instructor, Danny, and his co-instructors and owners of the gym, Kimberly and Melissa. To be honest, I wasn’t certain that I was going to be allowed to train when I got there. My list of injuries was quite long, and I bought my ticket to Portland hoping that I would be given a chance to show that I can overcome any of my disabilities, if I was just taught how. While I may have a lot of orthopedic issues, I do not have a deficiency in work ethic or will.

I spoke with the head instructor, Danny, before the course commenced about my injuries and participating in the level 2 course as well as the level 1. After a little deliberation he said, “Yeah man, you can do level 2. Just let me know if there’s anything you can’t do or if you feel any pain.” This was the first example of a recurrent theme throughout the course, and one of the reasons that I fell in love with MovNat, and that is MovNat is for everybody.

From the day I stepped into that gym to the day I left, I was encouraged and motivated to explore this body that I was only just relearning how to move. Kimberly and Melissa, gave me extra attention and instruction when I struggled with certain movements and had infinite patience while doing it. They cheered me on as if they had a personal stake in my success. Danny made especially sure that the I was able to teach the areas that I was particularly weak in by assigning me those tasks to teach during the testing portion of the course. Most importantly, every instructor there was able to perform–without flaw–the movements that they were teaching. All this combined meant that I was in he presence of great teachers. So, I did my best to soak up everything that was being offered.

In the course, I attempted and performed movements that I had not even considered doing since the accident. In fact, I was doing things that medical professionals told me I would never do again. 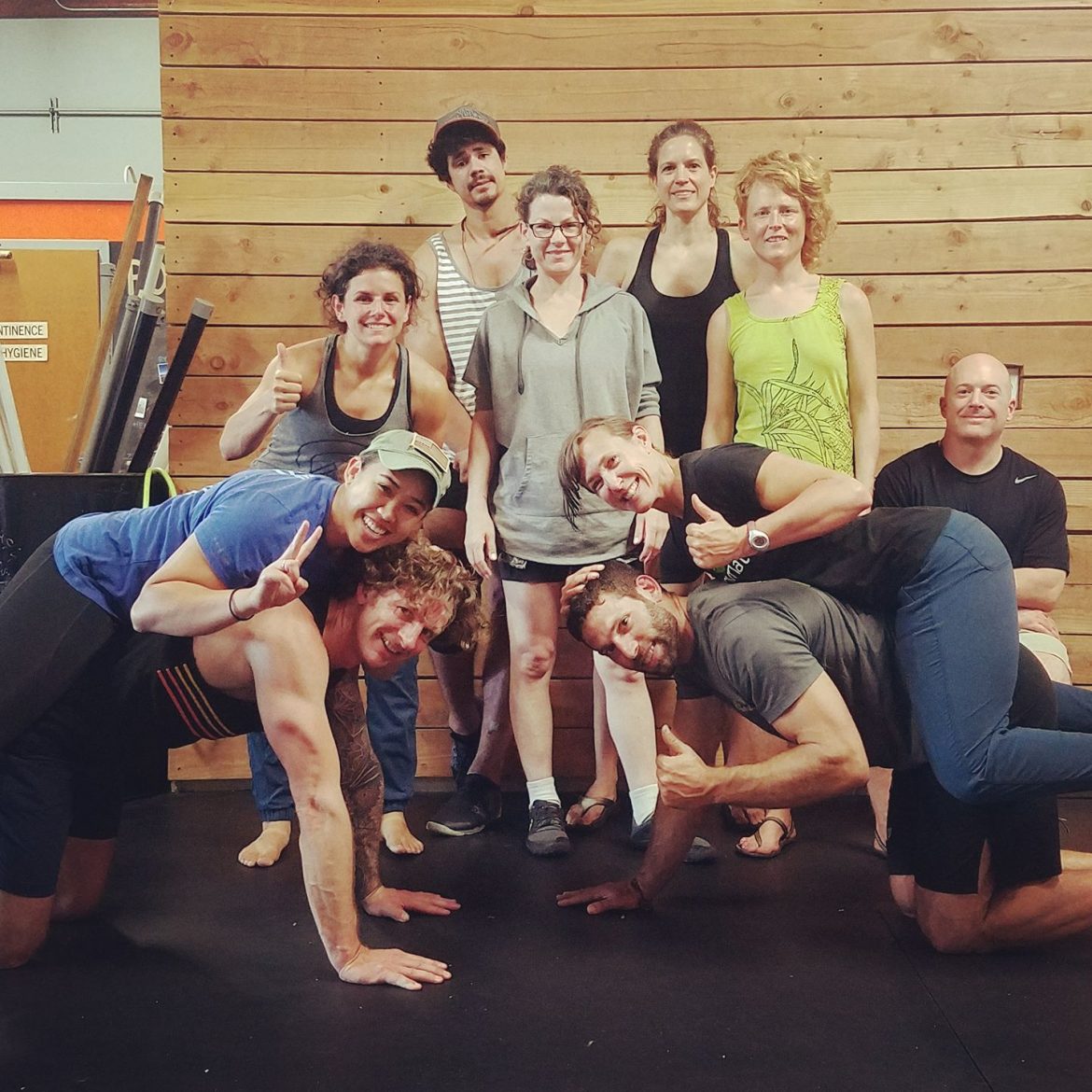 I hadn’t jumped in 7 years, and by the end of the course I was performing vaults off of walls and over obstacles. I had previously tried running, but I was really only able to jog for short distances. I was now running to the park and back. It felt surreal. I could barely believe it, but I felt so free and so present in my body that I barely processed the experience until I returned home.

Of all movements, I experienced the most significant improvement in my balance.

I suffered extensive nerve damage on the left side of my body, which left me with a profound proprioceptive deficit. I was not able to completely feel my left foot whenever it hit the ground, so doing simple tasks like walking down a flight of stairs required me to hold onto the guard rails out of fear of falling. I was now attempting to walk, turn, and crawl on aligned 2 x 4s.

By the end of the course, my balance was not what it was pre-accident, but I could now see a future where it would be. A mere 5 days of amazing coaching from Danny, Kimberly, and Melissa advanced me light years ahead of where countless therapies had brought me post-accident. Their encouragement and coaching throughout the process gave me hope, and this is a debt that I could never repay.

For the first time in 7 years, I am able to envision a future where I am better than I was pre-accident. It no longer feels like a pipe-dream.

I am now back home in Austin, and my exercise regimen, and thus my life has taken on a different shape. I am now conscious of how my body is moving when I am doing everyday tasks like walking, standing, or even sitting. Exercising has become much more fun. It often feels like training has become a sort of game that I can play with my son. I cannot express in words how much that means to me. My son was by my side when I was in a hospital bed and in my lap when I was being pushed in a wheelchair. Now, he is seeing his dad overcome what seemed like the impossible. That is an invaluable lesson to teach him.

Somewhere in the process of relearning my body I realized that helping others to do the same would be just as fulfilling. I am now taking some science prerequisites to enter a Physical Therapy Doctoral program.

If I could give any advice to people going through hard times—whether they be physical, psychological, or emotional—it would be this. What you are today is for the most part a direct result of how you have programmed yourself. If you learn and apply better programming, then a new you will emerge. MovNat taught me how to reprogram my body, which subsequently reprogrammed my mind. If you’re unhappy with yourself, then do the necessary reprogramming.

Aaron Wood is a Level 1 MovNat Certified Trainer (soon to be Level 2!), a U.S. Military veteran, and a student of Physical Therapy. He lives with his wife and son in Austin, Texas. 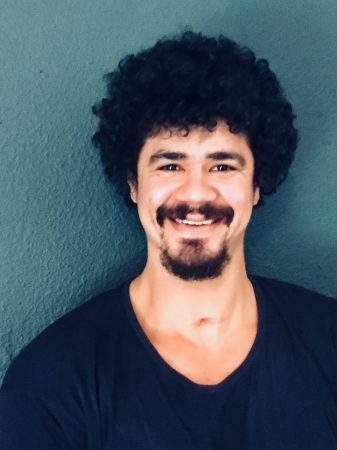 If you’d like to learn more and deepen your Natural Movement® practice, consider attending the MovNat Level 1 Certification or a MovNat Workshop. We hold events all around the world. Or, find a MovNat Certified Trainer or Gym in your area. We also offer MovNat Online Coaching as an alternative to live instruction.

Most people know that they should be more physically active. Some even recognize the incredible value in a system like MovNat. But they struggle with actually implementing Natural Movement® into their daily lives. That’s why we work closely with people from all walks of life to help them move better, get healthier and stronger, and discover their true potential with Natural Movement® Fitness. It’s also why we work extensively with health and fitness professionals who understand the value of this new paradigm and are eager to start implementing it with their clients.

5 Responses to “After 7 Years of Rehab, I was Still Broken – So I tried MovNat…”