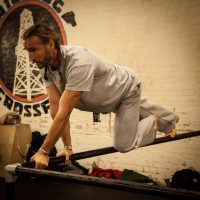 5 Baby Steps to Help You Crawl While Balancing at Height

By Peri Zourides (L3 MCT) and Jerome Rattoni (MovNat Team Instructor) Crawling and balancing are both fun, practical, Natural Movement skills that deliver a lot of benefits. These movements can be a little intimidating, especially when you combine them. But with a few smart progressions, anyone can work up to high levels ... Read more › 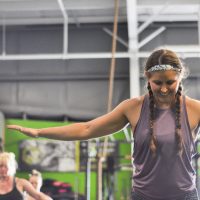 Natural Movement For Women: An Interview with 3 MovNat Certified Trainers

By Dr. Christa Whiteman Could you give us a snapshot of who you are? Jessica: I grew up in Georgia. I was never really what I would consider an athlete, instead I sang in choir. I was active in gymnastics until I was 10 or 11, and I played soccer in high ... Read more › 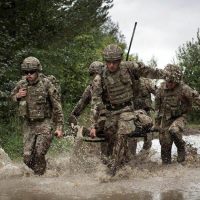 MovNat: A Road To Recovery

By David Dickinson In 2004, I was deployed on operations with the British Army to southern Iraq. One day, my platoon found ourselves involved in a six-day gun battle with local insurgents. During the night, we suffered a direct, high-explosive strike which wounded three of us, including myself. My friends were peppered head to ... Read more › 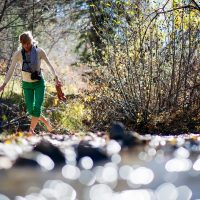 How Jenny Climbs, Runs, and Cycles with Fewer Injuries and More Confidence Than Ever Before

Why I Rercertified in MovNat and What I Learned the Second Time Around By Dr. Jenny Ploss, PT, DPT, Level 2 MovNat Certified Trainer I came across MovNat through my physical therapy practice. I am a physical therapist at Langford Sports & Physical Therapy, a small clinic in Albuquerque, New Mexico. One of my ... Read more › 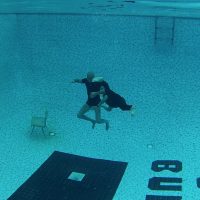 Getting Comfortable In The Water: A Review of MovNat Aquatics 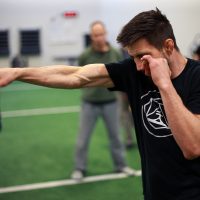 Be a Puma, Not a Kitten: A Review of MovNat Combatives

By Cole Thornton, PT, DPT Combatives and fighting skills are necessary in a complete system of human movement, because they are as essential to survival as running, jumping, climbing, or crawling. Fighting skills were a central part of Hebert’s Natural Method, and I’m glad to see MovNat including combatives as an essential part ... Read more › 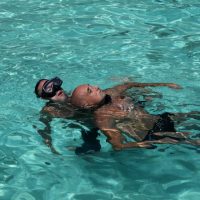 I Thought I Could Swim: Then I Tried MovNat Aquatics (Review)

By Charlie Deist, Level 3 MovNat Certified Trainer I always took it for granted that I "knew how to swim" – until attending the aquatics certification. I haven't had such an improvement in my movement capabilities since I learned the efficient running technique. Since attending, I haven't been able to stay away from ... Read more ›

The daily grind of getting up and down from the ground will either do your body good or contribute to extra wear and tear. Get Ups, when performed efficiently, serve as a fitness-building, skill-improving tool that pays dividends for a lifetime - making the ground our ally, instead of a place to dread. ... Read more › 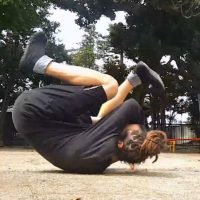 A Beginner’s Guide to Rolling (From The Ground Up)

By Alex Schenker, Level 3 MovNat Certified Trainer Rolling is a fun, practical movement that unfortunately, many people don't perform efficiently - increasing the risk of injury. But with a few smart progressions and mindful practice, almost anyone can roll safely and efficiently.   You might be wondering: "why should I ... Read more › 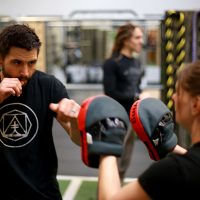 A Look Inside MovNat Combatives: 5 Students Tell All

What a single mom, a doctor, a university professor, a lifelong martial artist, and a fitness coach learned from their MovNat Combatives experience By John Sifferman If you want an insiders perspective on the MovNat Combatives course, you're in for a real treat. Below, you'll find an up-close-and-personal interview with five people who ... Read more ›

By Danny Clark, MovNat Performance Director and Master Instructor The MovNat team has been on the move! We spent 4 days learning, teaching, and sharing ideas with Katy Bowman and her team of teachers at the Nutritious Movement studio in Washington state. What Katy aptly dubbed as a “co-lab” turned out to be a ... Read more › 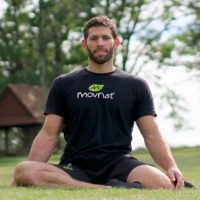 The Side Bent Sit Reverse

The Side Bent Sit Reverse is a basic sit transition that is both practical for everyday life and also packs a lot of fitness benefits.  This movement could not be more practical. You can practice while reading a book, watching TV, or better yet, while being fully mindful about your sensations as you ... Read more › 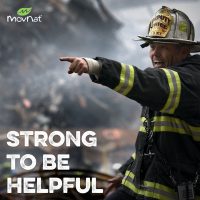 I Lived MovNat’s “Strong To Be Helpful” Philosophy

By Michael D'Avella My favorite MovNat ad is the “Be strong to be helpful” image because it resonates with me. I’m a career firefighter, and I didn’t come across MovNat on my own; I was directed to it by my amazing wife who had completed her level 1 certification before I ever got ... Read more › 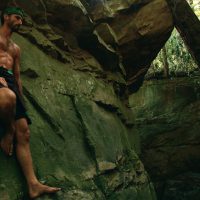 What Nobody is Telling You About Natural Movement & Evolutionary Fitness

How to Escape the Zoo Human Predicament and Start Moving the Way Your Body Was Designed: The Ultimate Fitness & Movement Practice (According to Evolution) by Erwan Le Corre, MovNat Founder Imagine yourself going for a walk in nature, maybe with a small group of close relatives and friends, except the time is ... Read more › 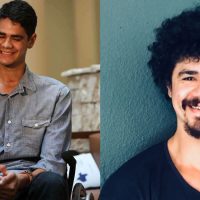 After 7 Years of Rehab, I was Still Broken – So I tried MovNat…

Relearning How to Move When Doctors Say It's Impossible - After 13 Surgeries and 7 Years of Rehab, Here's what Finally Worked... By Aaron Wood I was 25 years old—my 25th birthday being just two weeks ago—and I was heading to work as a roughneck on an oil rig in West Texas. That’s ... Read more › 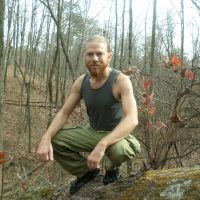 MovNat Helped Bring My Body Back

By Andrew Brown In early 2014, I suffered an auto-immune syndrome called Guillain-Barre. The good news is that it's a self-limiting syndrome that does not recur and can be recovered from, but the bad news is that it is often devastating. It wreaked havoc on my nervous system, specifically the motor nerve ... Read more › 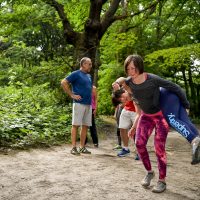 Lumbar Carry: How To Carry a Person or Heavy Object Efficiently

A movement so practical it can save lives. The lumbar carry, like most other human body carries, can be a lot of fun! Though it is not reserved to carrying people, it is mostly used when someone can't walk at all and needs to be transported a certain distance. Similar to ... Read more › 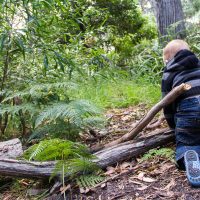 by Erwan Le Corre, MovNat Founder Do you remember the very first moment when you started moving? You probably can’t because it was at such an early stage in your life (as a matter of fact, you already moved to some extent in your mother’s womb before you were born). Experts call the ... Read more › 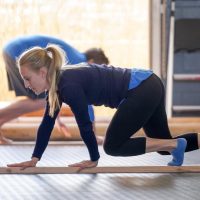 By John Sifferman We asked some of our top MovNat Professionals: What is one Natural Movement that you think most people don't practice enough, but should? And why? Their answers may surprise you... Danny Clark - MovNat Master Instructor Diaphragmatic breathing. Deep, controlled breathing is essential to movement ... Read more › 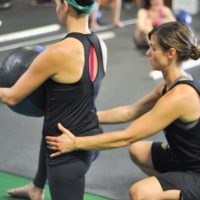 There is a war going on for your ability to move. Every day, the forces of our sedentary culture, the appeal of comfort and convenience, and the temptation to live a compartmentalized life wreak havoc on our body's. The whole person suffers physically, mentally, and spiritually. One of the most common issues that results ... Read more ›