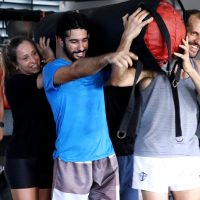 By John Sifferman We asked our MovNat Team Instructors: What is the most important lesson you've learned during your MovNat journey? Here's what they had to say. Danny Clark – MovNat Performance Director & Master Instructor In a word: Freedom! For me, MovNat broke the invisible ... Read more › 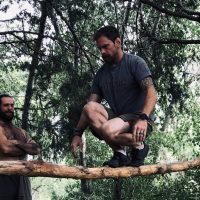 Keep Moving: Lessons Learned From a Broken Arm and the MovNat Certification Program

By Kyle Brandon, Level 3 MovNat Certified Trainer It was around April of 2018, and I stumbled on MovNat like many people, through the book Natural Born Heroes. My friend, David, and I read the book and were immediately drawn to the concept of Natural Movement. I started digging into the MovNat website ... Read more › 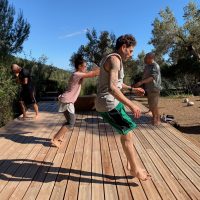 Is MovNat too simple?

By Danny Clark, MovNat Performance Director One of the biggest barriers to the spread of MovNat is the protest that if something is “natural” we shouldn’t need to learn how to do it. Why should do we need to learn how to sit, walk, balance, and jump when we already did (or do) ... Read more › 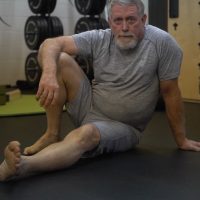 The Great Fitness Predicament and a Solution That Actually Works

This time of year, many people pursue better health and fitness and fall short because they're going about it in an unsustainable or short-sighted way. Here at MovNat, we believe fitness doesn't have to be a struggle. In fact, by simply focusing on improving your movement skills, you'll get more fit in the process. That's the ... Read more › 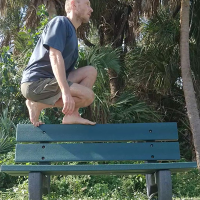 It was September 2009. I was sitting at the dining room table late at night, in pain and exhausted. My daughter was born three months earlier, and I was falling apart at age 39. From a partial tear of a tendon a few years back, my left foot was so weak that ... Read more › 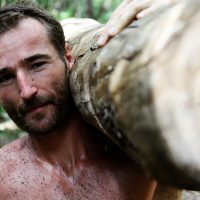 Make Your Resolution a Relationship

By Erwan Le Corre, MovNat Founder To be physically healthy and capable is like being in a relationship. You don't love a person by just making a single grandiose love declaration with a letter, a magnificent bouquet of flowers and a special gift - and then no effort after that. Right? For a ... Read more › 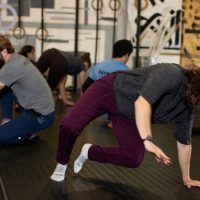 By Eric Brown, MovNat Master Trainer, Team Instructor, and former Navy SEAL Yes, ideally you should be able to take action at a moment’s notice. And in a real-world scenario, you probably can. But there’s a difference between a real-world incident and a planned practice. And this is where you should look to ... Read more › 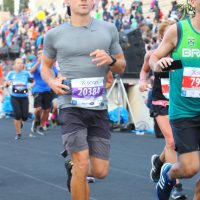 From Broken to Athens: How MovNat made me a Barefoot Runner

By Chris Redig, MovNat Master Trainer As the bus wound down the steep hills to the starting line of the Athens Classic Marathon, I thought this is crazy. I tried to imagine the run back up to Athens. From mile six to mile nineteen, there would be a one thousand foot climb. It ... Read more › 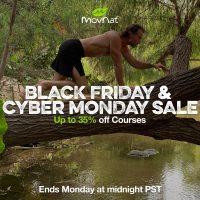 Black Friday & Cyber Monday Sale – up to 35% Off MovNat Courses!

Now through Monday: Huge Savings on MovNat Courses! The Fall Sale Has Ended! Use coupon code: MoveItOrLoseIt Click Here to Shop Courses See below for additional special offers. Dear MovNatters, Thanks to you, this has been MovNat's biggest year ever. So, we're celebrating with a ... Read more › 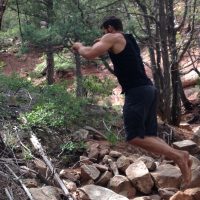 5 Natural Movements for Strength and Power

By Danny Clark, MovNat Performance Director & Master Instructor It’s a common question for men new to MovNat: “Can I gain or at least maintain my muscle mass?” The answer: Yes, and you can become twice as powerful. Acquiring strength and muscle mass is really simple. If you're looking for pure strength, ... Read more › 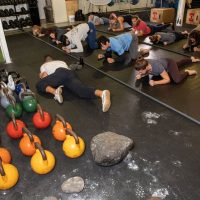 By Danny Clark, MovNat Performance Director Two people start a new program aimed at improving their fitness, movement skill, and overall quality of life. One ends up in a gym advertising “functional movement” and the other in a gym that advertises “Natural Movement.” What key similarities and differences will these two people likely ... Read more ›

Lessons Learned From My Experience at the MovNat Level 3 Certification

By Nick Fialcowitz, Level 3 MovNat Certified Trainer When people ask me about my trip to New Mexico for my MovNat Level 3 experience, I tell them “Unbelievable”.  I tell them “I’m going to need more then a few minutes to explain my experience” because I don’t want to give them the short ... Read more › 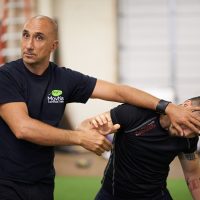 MovNat Combatives: A Tool For Survival

By Vic Verdier, MovNat Master Instructor Like many things in life, people enjoy over-complicated solutions to a simple problem. That’s how the American space program spent a ton of money developing a pen that could work in any position and in zero gravity in space, while the Russians simply used a pencil. Nice ... Read more › 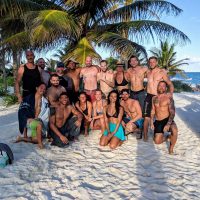 Swim Effortlessly: Getting Efficient in the Water via MovNat Aquatics (Review)

By John Bates, MovNat Certified Trainer Several years ago I was very overweight, extremely unfit, and due to a chronic knee injury, unable to do any of the traditional exercises that I thought would help me lose weight. My solution was to join a local YMCA that had a pool and swim ... Read more › 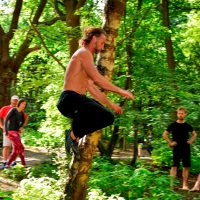 Looking Fit VS Being Fit

By Erwan Le Corre, MovNat Founder There’s nothing wrong with wanting to look good or at least to improve one's body appearance. It's actually a legitimate endeavor. But wanting to achieve a resemblance with a particular body type - one that may not be at all what your own physical makeup originally looks ... Read more › 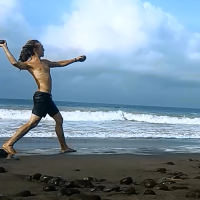 Beginner MovNat Combo Workout on the Beach in Bali

By Nathan Amado, MovNat Master Trainer The beauty of a MovNat Combo Workout is you're able to get a lot of work done in a short period of time. Not only will you get a great workout to help you burn fat, build muscle, and improve your overall fitness, you'll also get a ... Read more › 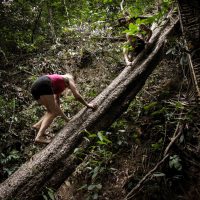 10 Human Movements That Are Going Extinct

“I see a world coming where walking will become just a notion; a skill of the past. A world where people will have to learn how to walk again.” - Erwan Le Corre, MovNat Founder   Americans sit more than ever before in human history. Sedentary jobs and leisure have skyrocketed to ... Read more › 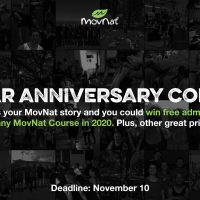 MovNat is ten years old, and we want to celebrate! Have you wanted to attend an official MovNat course? Maybe your very first workshop, a certification, or one of our specialty events? Well, here's your chance! We're putting on a special "My MovNat Story" contest where you'll have an opportunity to win ... Read more › 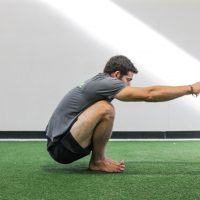 How to do the Squat Get Up

By Peri Zourides, MovNat Team Instructor The Squat Get Up is a fun, practical movement that should be a staple in your Natural Movement practice. For many students, this simple Get Up is harder than it looks because they've never learned how to perform it efficiently. But by gaining the requisite mobility and ... Read more › 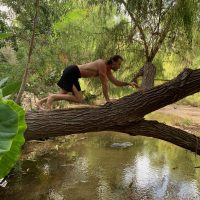 Your Body is the Tech You Need