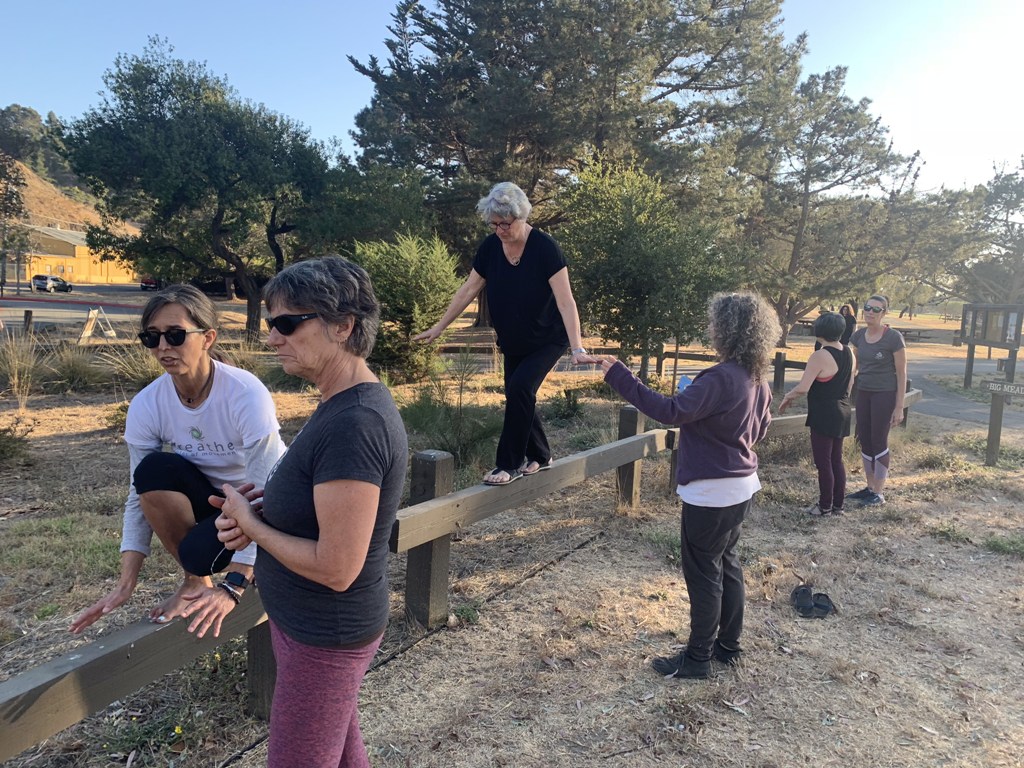 “When you are pained by any external thing, it is not this thing that disturbs you, but your own judgment about it; and it is in your power to wipe out this judgment now.” ~Marcus Aurelius

These words by the Roman Emperor Marcus Aurelius were written nearly two millennia ago and were primarily intended as an example of one of the main tenets of Stoic philosophy; we suffer mainly through our reactions to life events and phenomena and not necessarily because of the events in and of themselves.

One of life’s inevitable events is aging; the aches and pains that come with it as well as the decline in function, both real and perceived. Sometimes these pains, and the fear of them, lead us into the Deconditioning Cycle which Erwan Le Corre explains so well in his book, The Practice of Natural Movement. 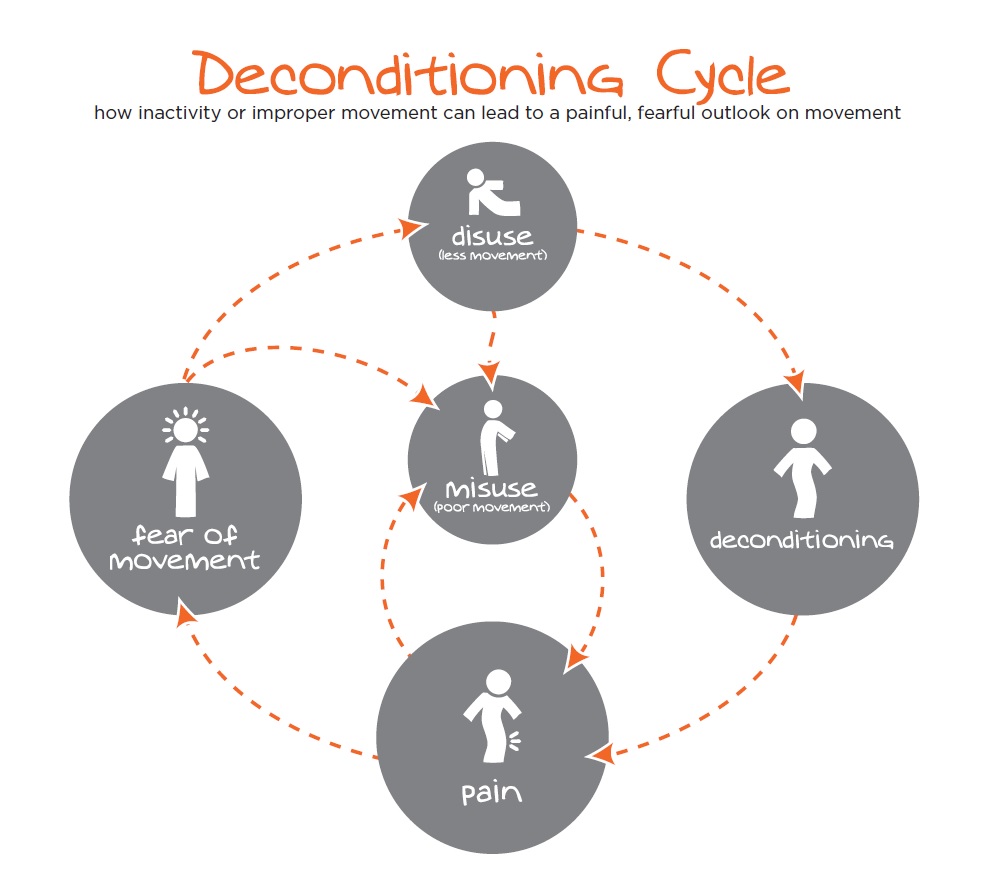 Let’s face it, minor aches and pains are a natural part of life as we age. I think of them as the price paid for a life of movement. After more than 30 years of martial arts training, I would be crazy to expect my fifties to be as free from little aches and pains as were my twenties!

The real power is in my reaction to these experiences. After all, you really are as young as you think you are. For almost 20 years, I’ve been after my patients to ask themselves “How well do you move?” and not “Where does it hurt?”. Depending on the answer, we take steps to improve their perception of how well they move. Most times, this starts with body awareness drills and maybe some embodied cognition exercises.

We set goals for improvement like in any other self-improvement endeavor and then formulate a plan to get there. The MovNat Perception Drills are a great tool for helping a patient (or client) begin to get back in touch with his or her body and help to visualize movement goals. 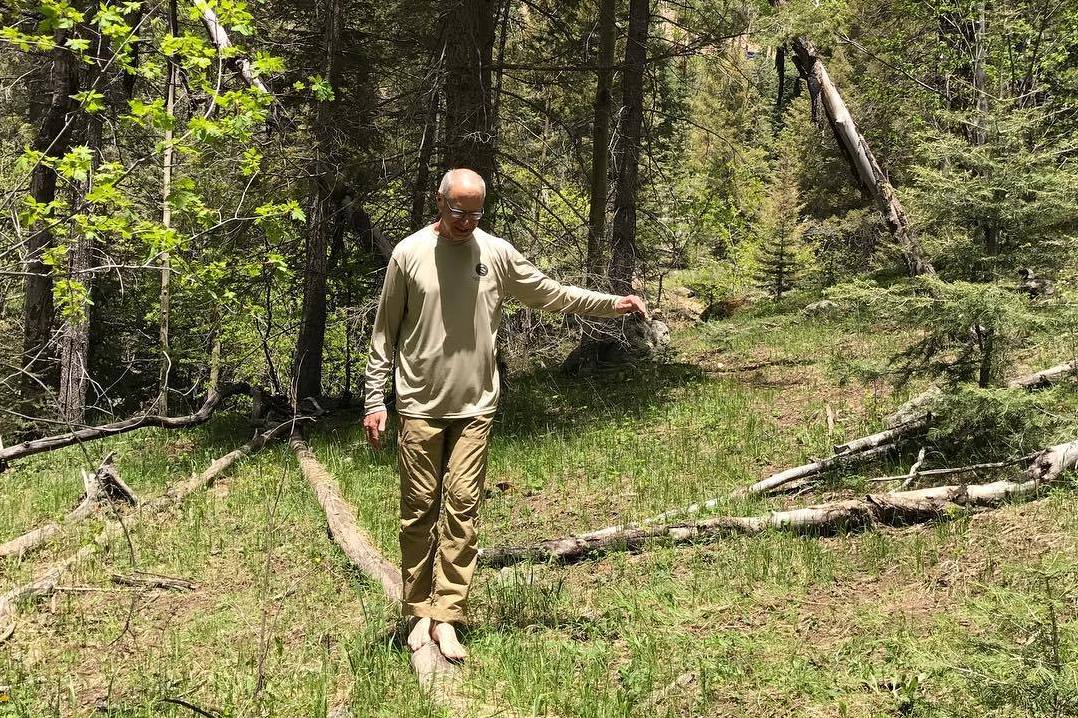 I have a patient named Bill who is in his 80’s. Bill came to me with some mild low back pain that he said was “Just a part of getting old, I guess”. Bill happened to see us doing some MovNat Combo’s in the clinic that day and asked if I thought he could do any of that stuff. I, of course, said absolutely.

Bill began with some simple ground positions and get-up transitions, then on to balancing drills and now, three years later, he does weighted carries, hanging, throwing and catching drills as well as some simple climbing movements.

He has done this three times each week for over three years without a break. Well. He did take two weeks off last summer. For a broken back. (The result of a fall at home.)

It was a minor fracture to be sure but he was determined to see it as an opportunity to simply start his MovNat practice afresh with simple ground positions and on through the Get-ups, etc.  Today he is still at my facility three times a week practicing his movement skills and keeping a positive attitude about his little aches and pains. 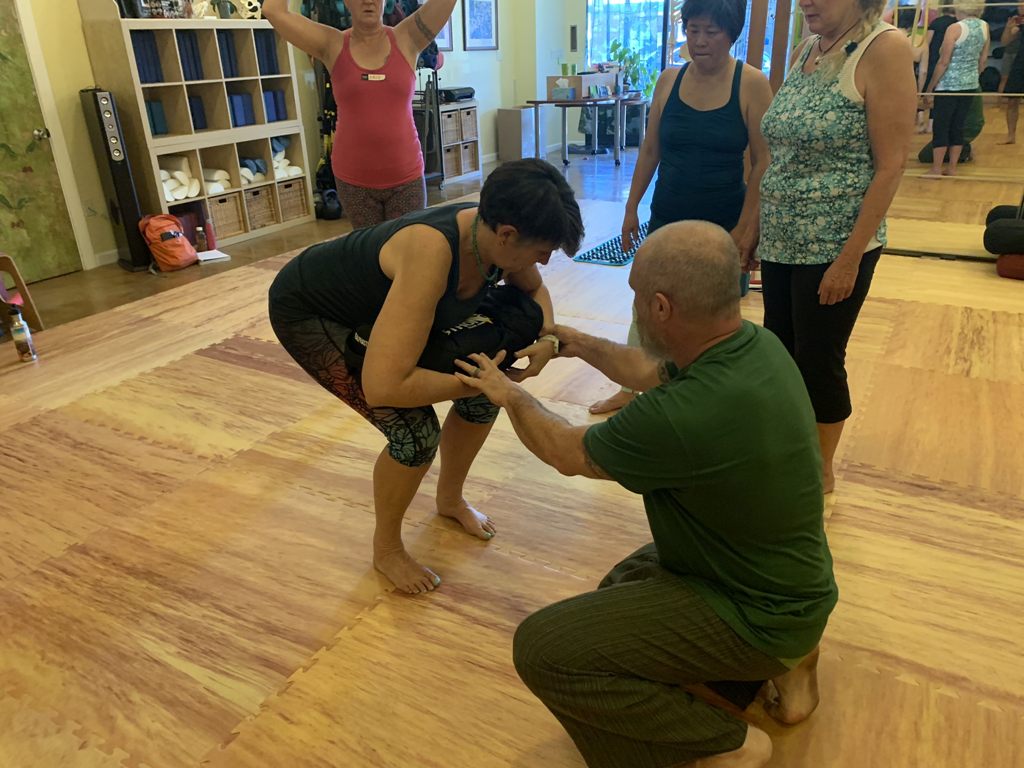 It is not my intention to belittle anyone’s experiences with pain or other aspects of aging. We can’t all be Bill. In many cases, the spirit is willing but the flesh has to deal with arthritis, hypertension, etc.

We can all learn to think like Bill though! Therefore, my intention is to inject a little classic Stoicism into your movement practice.  Try to look at each “problem” of aging as an opportunity. Can’t kneel to get down on the floor because of a knee prosthetic?  Now you have a reason to be creative with your Get-downs. Can’t throw with your dominant hand due to a recent shoulder surgery? Now is a great chance to get better with your other hand.

MovNat is not simply a series of unique exercises and special movements that are only for young, shirtless Tarzan types.  MovNat is a system for learning HOW to move, and move well, at any age. 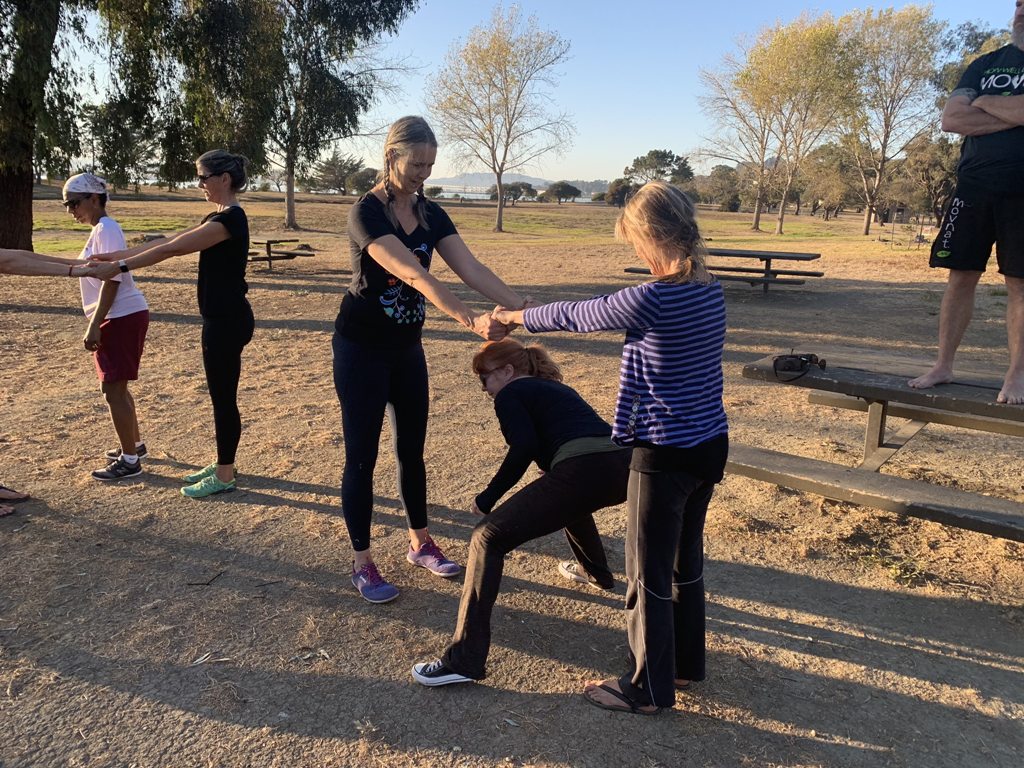 Older individuals generally have more time and patience to take up a new hobby. Why not learn to move better?  Check out one of the 50+ Level I Certification events now being offered.  The material presented is all the same as the standard certifications but the pacing has been modified a bit for those of us not still afflicted with youth.

At basically the half-century mark myself (49), I am looking forward to another 50 years of moving naturally. Here’s hoping you will join me!

Note: Dr. Morey is teaching a MovNat Level 1 Certification for ages 50+ in Flint, MI this weekend. It’s not too late to sign up!

Want to Move Well After Age 50?

We’re hosting a few Level 1 Certifications for ages 50+! This is a rare opportunity to learn the fundamentals of Natural Movement® Fitness with a special emphasis on working with the aged – making it a perfect experience for beginners.

So, if you want to improve your fitness and natural movement abilities, please join us at one of these special certification events where you’ll safely explore Natural Movement under the tutelage of some of our best instructors. 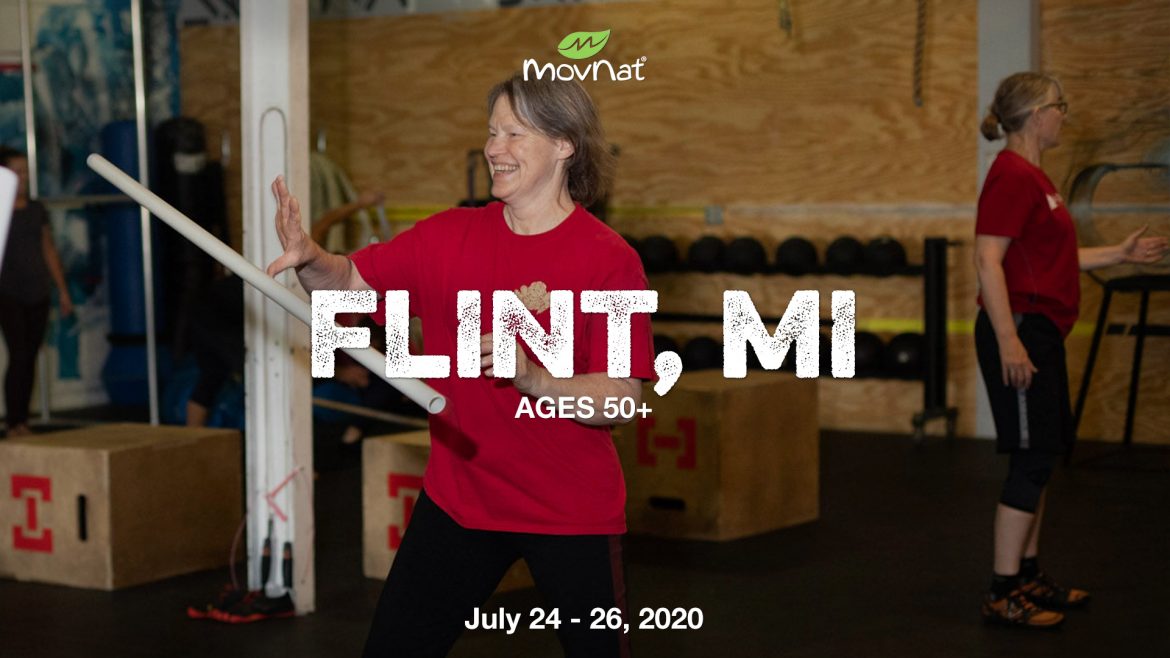 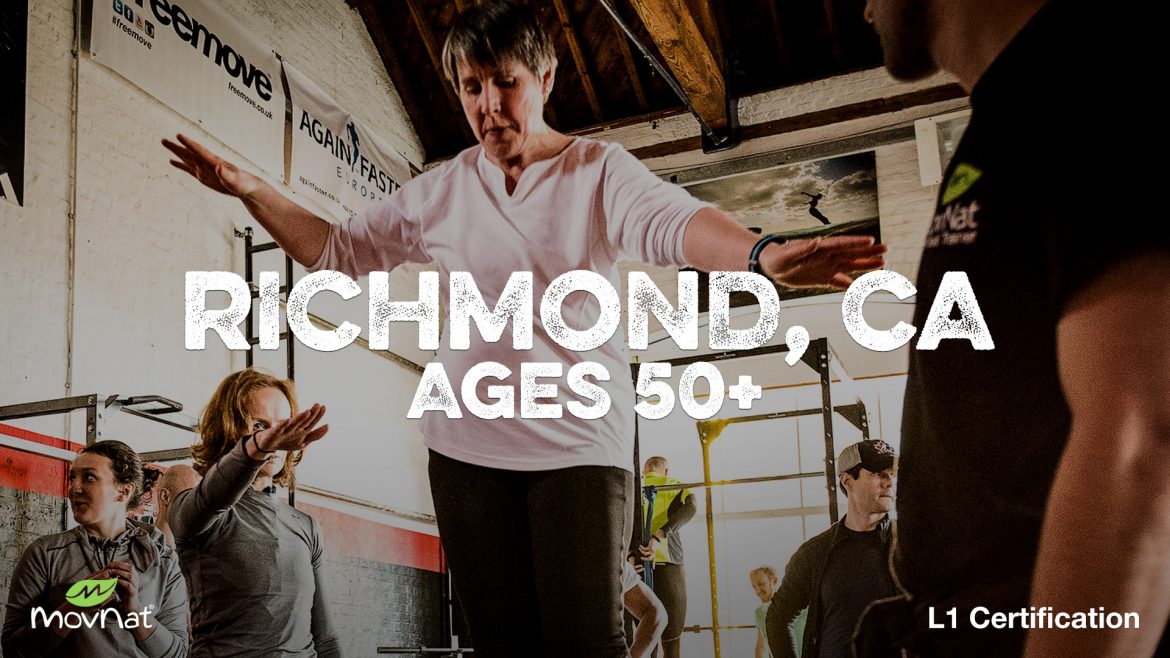 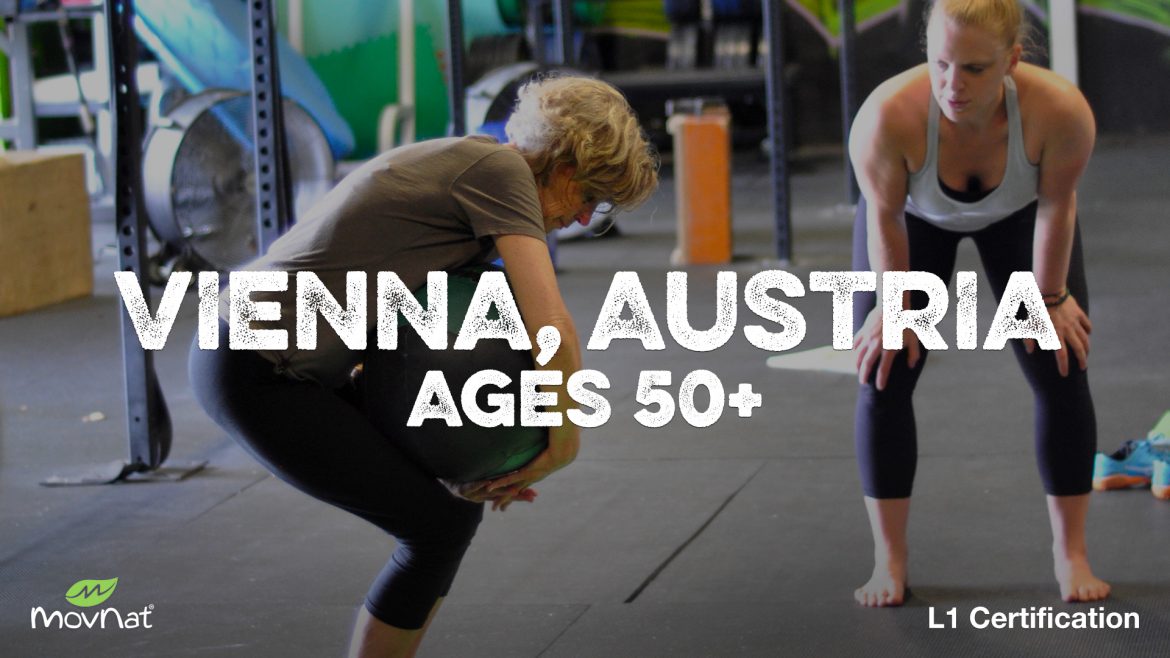 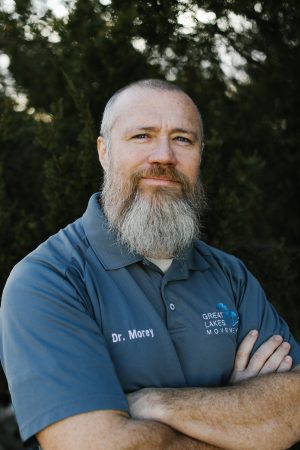