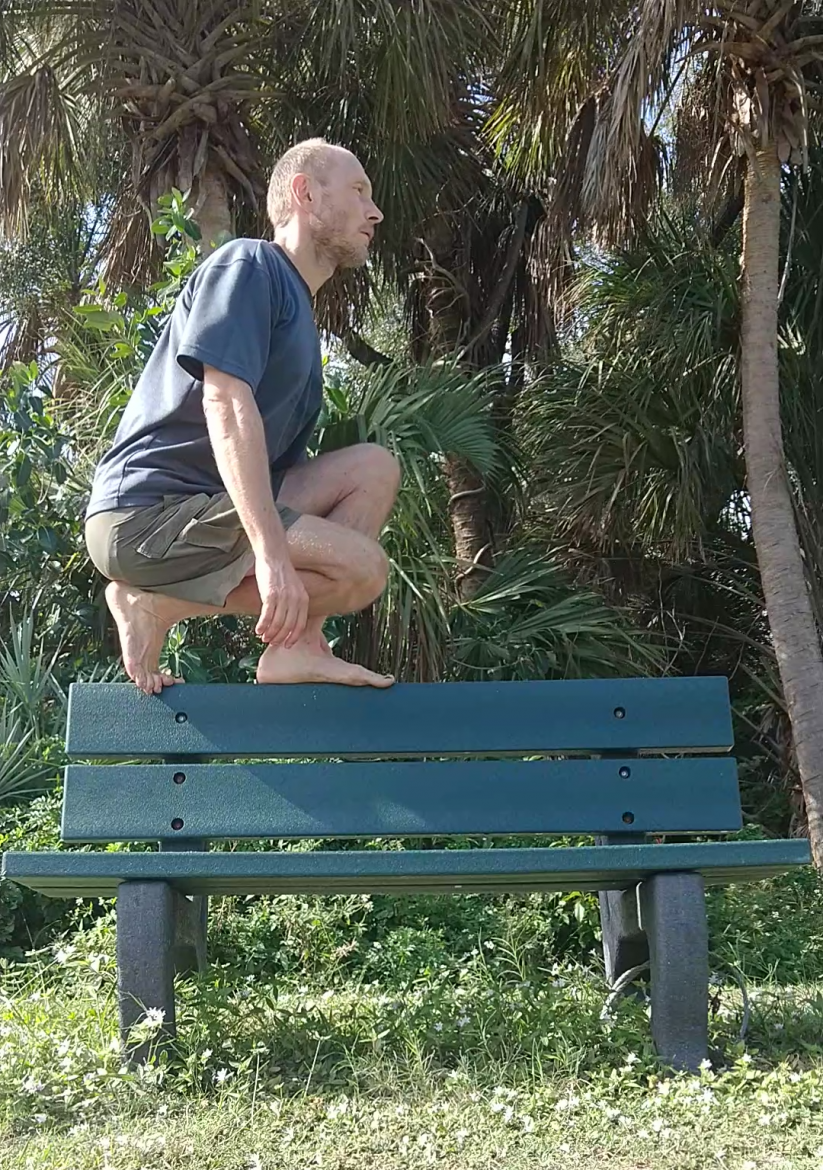 It was September 2009. I was sitting at the dining room table late at night, in pain and exhausted. My daughter was born three months earlier, and I was falling apart at age 39.

From a partial tear of a tendon a few years back, my left foot was so weak that I couldn’t even take a shower without wearing supportive sandals. The custom orthotics that I was wearing helped a bit, but caused nerve spasms in my right foot to a point where I couldn’t walk more than 50 yards at a time. My right knee hurt when I bent it more than 20 degrees, and my hip was so stiff that I couldn’t rotate my leg. On top of it all, I had dislocated my shoulder a few months back, carrying a grocery bag that weighed less than 5 pounds. The doctors I went to blamed flat feet and overuse as the root cause for my problems. They recommended bone fusion surgery for my foot’s arch and micro-fracture surgery for my knee.

That evening, I decided there must be a better way. I had been working out 3 times a week since I was 16, but never played any competitive sports and was never overweight. How could what I considered a mostly sedentary lifestyle lead to overuse injury? Was the human body really so fragile that a few workouts a week at moderate intensity could cause permanent damage by the time you’re 40 years old?

During my online research, I came across Mark Sisson’s “Mark’s Daily Apple” website and an article that described how a person was able to restore the arches and strength in his feet by going barefoot and performing specific foot strengthening exercises. I was intrigued, and it led me to the idea that I might not have over-use injuries, but under-use injuries. Maybe decades of wearing supportive shoes and focusing mainly on working out the big movers in my body left the soft tissue and stabilizing muscles atrophied.

Over the next two years, I switched my diet to a mostly Paleo/Primal style diet, did daily exercises for my pain points, and worked out using more functional movements 2-3 times a week to the best of my abilities. By 2011, I was able to walk barefoot for an hour, do a Deep Knee Bend and pull-ups again. I also got my blood sugar variations under control, and felt much better overall. I still had some pains, but with doing 1-2 hours a day of “restorative exercises” I was able to lead an almost normal life again.

But whenever I stopped some of the rehab or strengthening exercises for awhile, the particular body part would start hurting or getting stiff again. I figured if I kept adding rehab exercise every time something new hurt, I would soon be spending a few hours a day trying to rehab away the damage caused by the rest of my “living”.

Also, everybody has an opinion on what exercises you should do on a weekly or even daily basis: Do this 3 min exercise for healthy shoulders, do this 7 min exercise for hip mobility, etc. At the same time, you find articles explaining why previously considered healthy exercises are actually bad for you in the long run. In summary, I felt I was stuck in an endless cycle of rehab and had no clear guidance principles on what exercise or workouts to do to begin with. 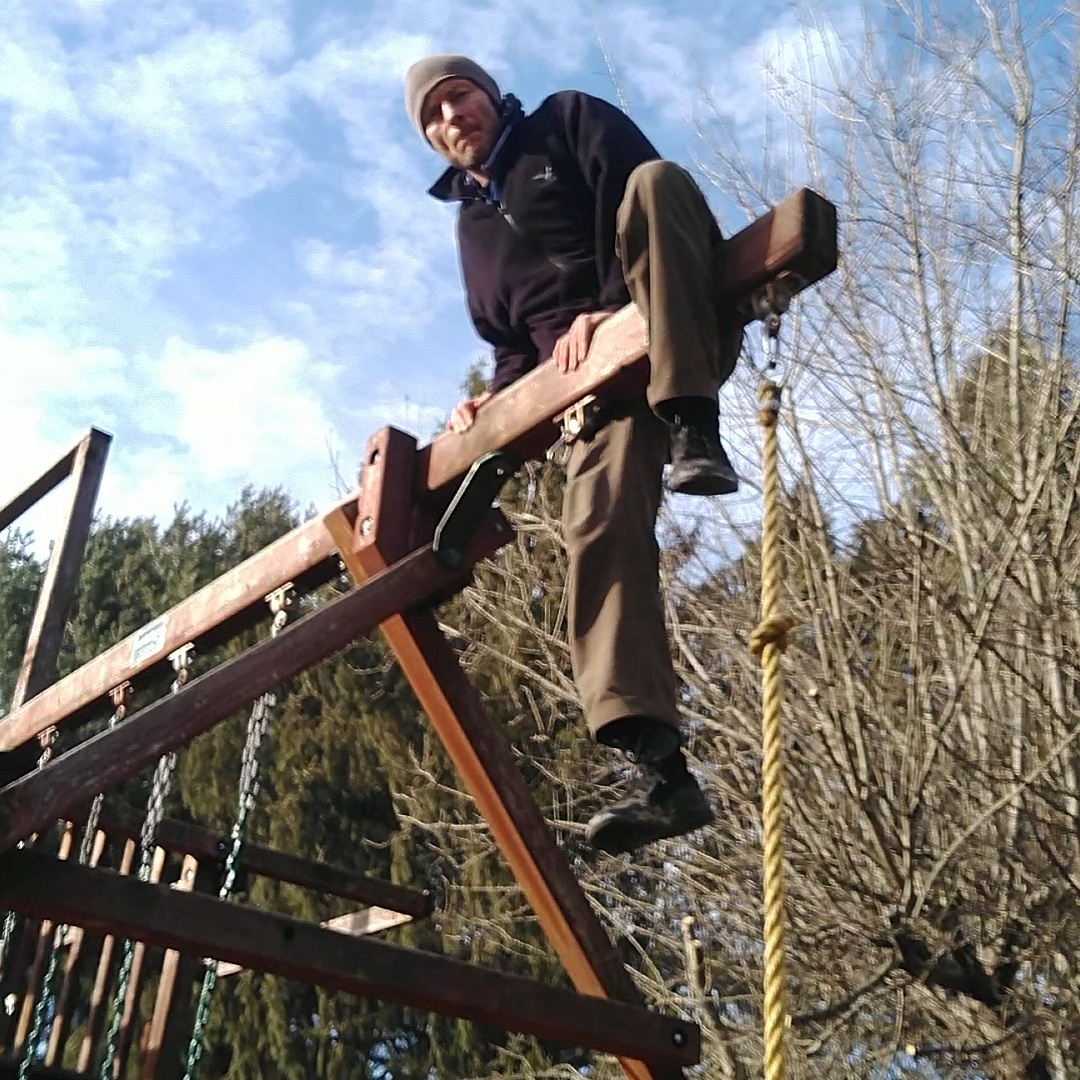 That’s when I came across Erwan Le Corre’s Movnat method after hearing he was a presenter at PrimalCon 2012. After reading about his method and watching some of his videos online, a light bulb went off: Here was this guy, only a year younger than me, moving smoothly and effortlessly without aches or pains. His simple premise was that all you have to do for a healthy body (and mind) is to move the way you were “designed” to move by hundreds of thousands of years of evolution. Perform natural movements daily and you will be fine; and since you are probably so degenerated that you don’t even know what movements are natural to humans and how to most efficiently perform them, he even added YouTube video clips for most of these movements that show you how to do them!

His approach also answered my most pressing questions: What exercises are good for me and which ones will probably cause more harm than good over the long run, requiring more rehab. I figured if I learned to perform most of these natural movements and incorporate them into my daily life, I should be able to give my body what it needs to stay fit and healthy.

With my then 3 year old daughter, I also had a good reference subject at home, to see if Erwan just dreamed these movements up one night or if these were really “natural” movements that had probably been performed by humans since the break of dawn. Every time I put my daughter into a contextual situation that mimicked what Erwan’s natural movements should be used for, she performed more or less the same move. So, I figured I would give Erwan the benefit of the doubt.

I committed myself to only performing Natural Movement from Movnat’s “movement catalog” going forward. In the beginning, I couldn’t even do a step-under or step-over without my hip hurting. But after about a year of stepping, crawling, bending, hip-hinging, etc. I was actually able to get down into a Deep Squat. And my joints felt better than they had for a long time. I learned how to run again (at least for short distances), jump, climb, vault etc. I was actually able to play soccer with my daughter and chase her on the playground, up and down the structures and swing-sets.

I kept adding new movements to my repertoire every couple of months, slowly but steadily. When the Movnat team instructors started using Instagram and Facebook to post their Movnat combos and moves around 2015, I was excited. I would analyze the little video clips and play around with how the movements felt, trying to optimize my form and efficiency.

By 2018, I was able to perform a majority of the natural movements I have come across, although some more efficiently than others. I felt I had a good enough handle on some to start introducing more complexity by using weights and more challenging environments.

Erwan’s book, The Practice of Natural Movement, helps a lot now to fine-tune my techniques and learn about moves I haven’t seen before. It also provides ongoing motivation, as do all the Movnat-related social media posts.

I’m still far from my goals when it comes to lifting, jumping, running and walking, for example, but I feel I’m making progress and am on the right path to becoming more useful, to myself and others.

For the first time since I started my Movnat journey, I actually feel like I might be able to survive a certification course. Although, I’m still a little hesitant because my left foot still gets exhausted after moving around a few hours.

But whatever the future brings, Movnat has already allowed me to move again in a meaningful way and be a better dad to my daughter. It also provided me a “framework” that freed my mind from being overwhelmed by the constantly changing trends of the fitness and health industry and gives me a feeling of being grounded. I will always be thankful to Erwan for his decision to share Movnat with the world.

Olaf Hansen is a stay-home dad and a backyard Movnatter who is on a journey to heal his body and calm his mind. You can connect with him on Instagram at @primalmike90. 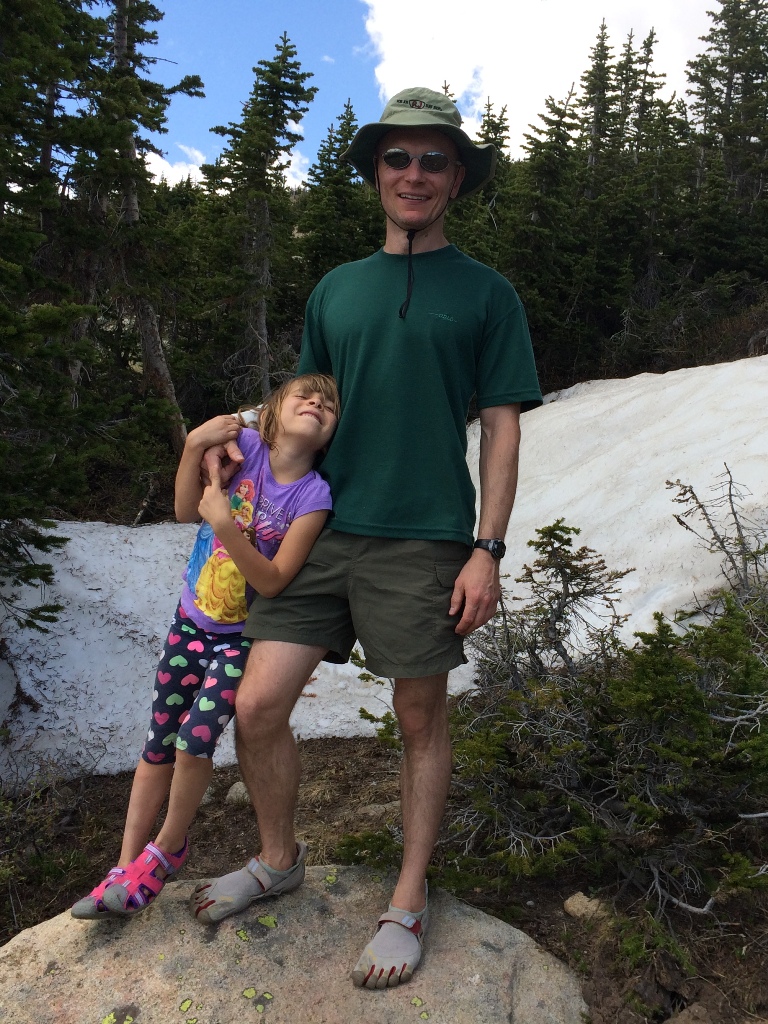 Note: Olaf is registered for the upcoming Level 1 Certification in Orlando, Florida.