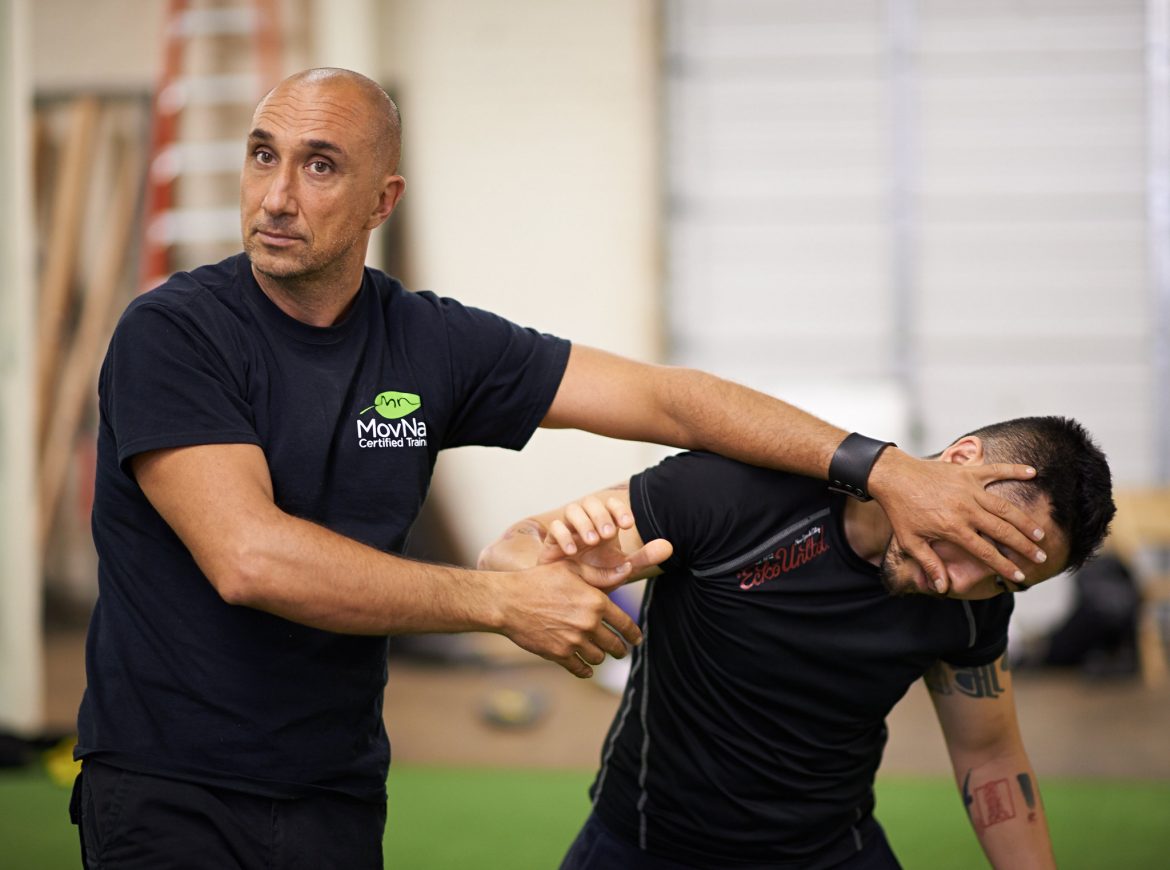 Like many things in life, people enjoy over-complicated solutions to a simple problem. That’s how the American space program spent a ton of money developing a pen that could work in any position and in zero gravity in space, while the Russians simply used a pencil. Nice story but it’s actually a myth. However, it clearly illustrates what the right mindset should be. That’s also why experts develop elaborate fighting techniques to answer a problem as old as humanity: violence.

Anyone has the right to defend themselves and their loved ones and that doesn’t necessarily require complex techniques that take years of dedicated practice to master. And that’s one of the most common question people ask me about the MovNat Combatives: “How could I learn in a weekend what takes martial artists thousands of repetitions? The answer is actually simple: we don’t teach the same thing. As a matter of fact, we don’t even deal with the same problem.

More than often, people don’t really see the difference between martial arts, sport fighting and street violence. It’s all about fighting, right? No, they actually are very different animals. In the street, there is no rule, no referee, no price, no honor, no fair play, no winner and no loser. There is no rule in place to decide who participates and when the fight starts and ends. There is just someone who, at the end, walks away and carries on with their life, and someone who doesn’t. Someone who is ready to use violence as a tool to reach a specific goal, and someone who is not. 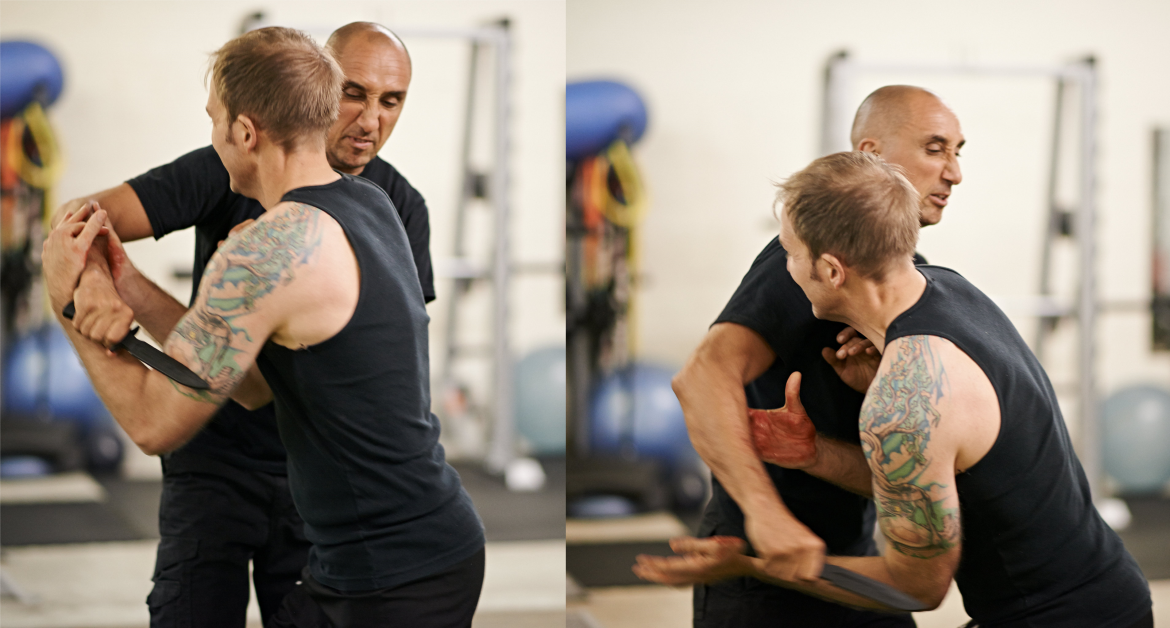 The goal of the MovNat Combatives course is NOT to give a guy the tools to beat the heck out of another guy in a bar, just to “teach him a lesson” and to prove that he is “better than him”. The goal is to give anyone, regardless of their age, gender, and fitness level, simple techniques and principles to deal with a human predator who wants to hurt them.

What does simple techniques and principles mean? Something that can be used by anyone, on anyone, with as little practice as possible. Those skills are ancestral and have been used by hominids since someone figured out that a stone will crack your skull open much more effectively than your hand or your foot. No refined technique or fancy move. Just blunt violence.

The MovNat Combatives course I teach is based on a multitude of courses I attended over the years, on fighting techniques I practiced and taught, on a systematic selection of what works and what doesn’t, on what’s simple and easy to understand and apply under stress. But even more than anything else, this course teaches you how to prevent and anticipate violent situations in the first place. Because at the end of the day, it’s always better to see a predatory situation coming, and to avoid it rather than having to deal with it.

Predators use the element of surprise, weapons, and greatly superior force to overwhelm their victim and reach their goal with minimal risks. That’s a big component of the course that usually surprises the participants. They imagine a Combatives course as a full-on fighting session that lasts two days. But it’s called Combatives for a reason: combat in the military means a lot of very different skills: fighting, but also maneuvering, flanking, avoiding, ambushing, etc. And that’s what one should do when they defend their life. Not just simply throwing punches and kicks and using grappling techniques.

This course is all about mindset. Nothing fancy. Just understanding how predators work and how to interrupt their victim selection process and their usual attack pattern. The sooner one can detect the predator, the less risk to be injured. Because one can be an excellent boxer or grappler, but no one can really be sure to stay injury free in a violent situation that involves weapons, multiple aggressors in the street environment with all its potential dangers. And very few martial artists practice their art while including those factors.

By being as realistic as possible and streamlining the course material in a safe, progressive manner, MovNat Combatives is designed to teach simple concepts that can be applied by anyone, under what would probably be one of the most stressful situations of their life.