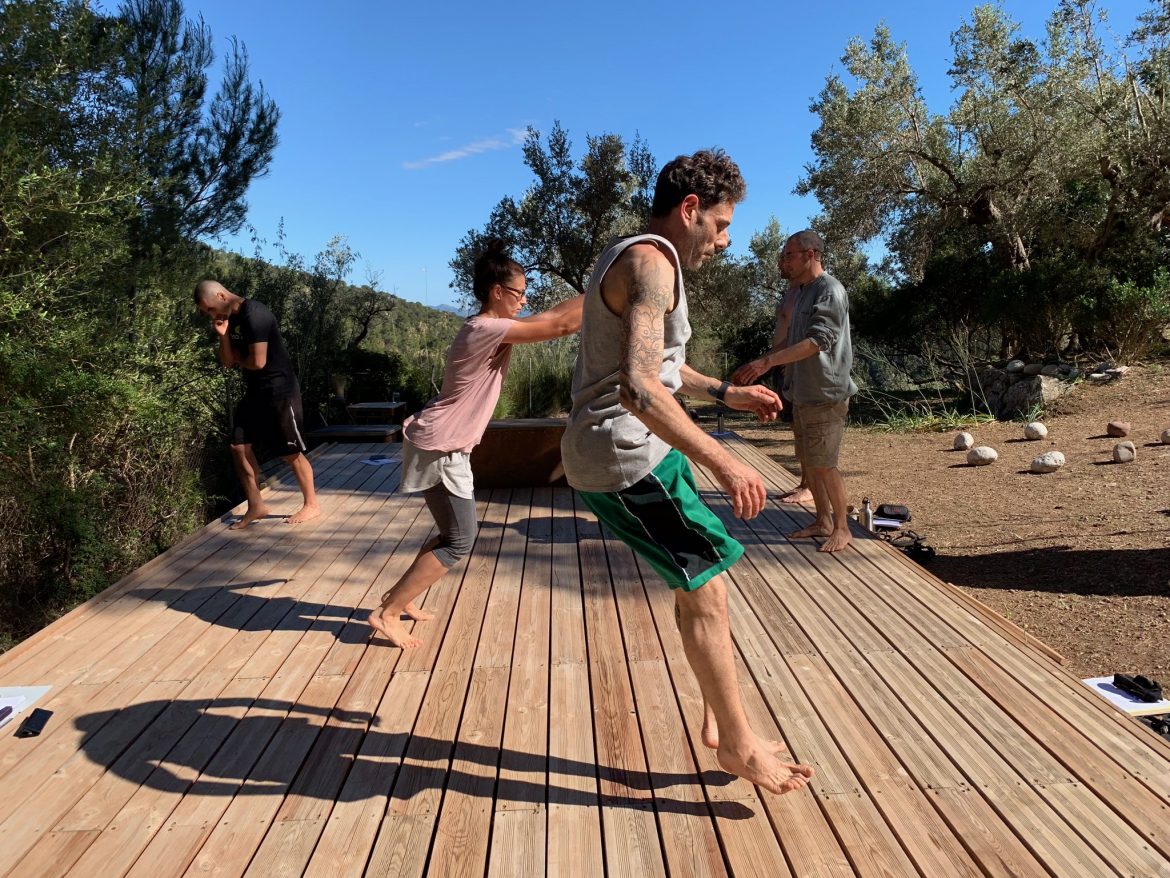 One of the biggest barriers to the spread of MovNat is the protest that if something is “natural” we shouldn’t need to learn how to do it. Why should do we need to learn how to sit, walk, balance, and jump when we already did (or do) these things in our everyday lives?

By extension, the MovNat method is often viewed as too simple of a solution to seemingly complex physiological problems such as a lack of flexibility, strength, or conditioning. The status quo would have you work on each of these issues separately and often reductively…and maybe even push you beyond the limits of what is a healthy level of each quality.

Yet, the reality is that the MovNat solution to health and fitness is actually much more sophisticated than it appears. Misunderstandings surrounding its potency are a classic case of the “knowledge matrix” – i.e. not knowing what you don’t know.

So, this article is going to put you more in the know. Here’s a few teaching tools that the MovNat method utilizes to help people achieve healthy, sustainable levels of capability and wellness that you might not have known about:

1 – MovNat leverages the power of the technique to take fundamental human movements to a whole new level.

Technique is a distinctly human superpower. It’s the ability of the mind to think abstractly about a particular movement task, for the purpose of refining it. Let’s take something as “basic” as crawling, for example. When most untrained people are put into a situation where they need to crawl – say, up a steep hill – they just do the task without much thought. They may slide around and waste energy, but in their minds all that matters is the task is completed.

Yet, what coaches have discovered over many millennia is that a trained person can take any particular movement, practice a more idealized and refined version of it (as demonstrated by the coach), and perform way better in real world circumstances compared to untrained people. This is a phenomenon that’s on display in all professional sports. Compare their skill – earned through technique, repetition, and practice – to the untrained people who play the exact same games at an amateur level and the difference is obvious.

Bottom line: technique is a powerful tool for improving ANY ability. And, the better you are at something, the more likely you are to actually do it. Which matters when it comes to developing a practice that is sustainable! 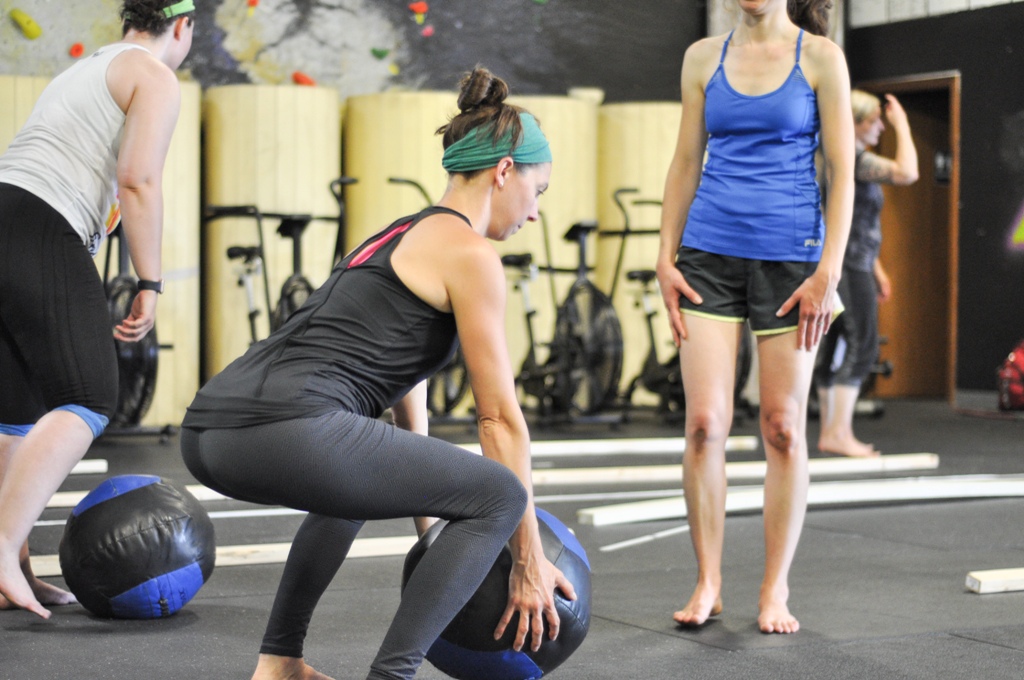 2 – MovNat taps into the power of mindfulness to develop your kinesthetic senses for the purpose of making exercise much safer, efficient, and restorative.

The difference between someone who is good at movement (or “athletically inclined”) and someone who isn’t, is not as simple as some might presuppose. Is it because one moves more often than the other? Think about it: you and your friends may have all played in nature and tried various sports, but oftentimes one person may be discovered to be much more “gifted” than another. What is this special “gift” and is it something that can be developed in those that don’t have it?

I would venture to say that the “gift” is an inclination toward paying attention to how one moves. Some of us are better at focusing on how a movement feels, and how force moves through our bodies, then making appropriate adjustments that lead to more effectiveness with practice. In other words, mindfulness – putting attention on your intention – is a key factor in creating quality movement. And, mindfulness is also something that can be taught with good coaching.

The bottom line: mindfulness leads to not only better movement performance in life, but also creates better internal communication between your body and mind – which helps you heal any weak links that lead to discomfort in movement. 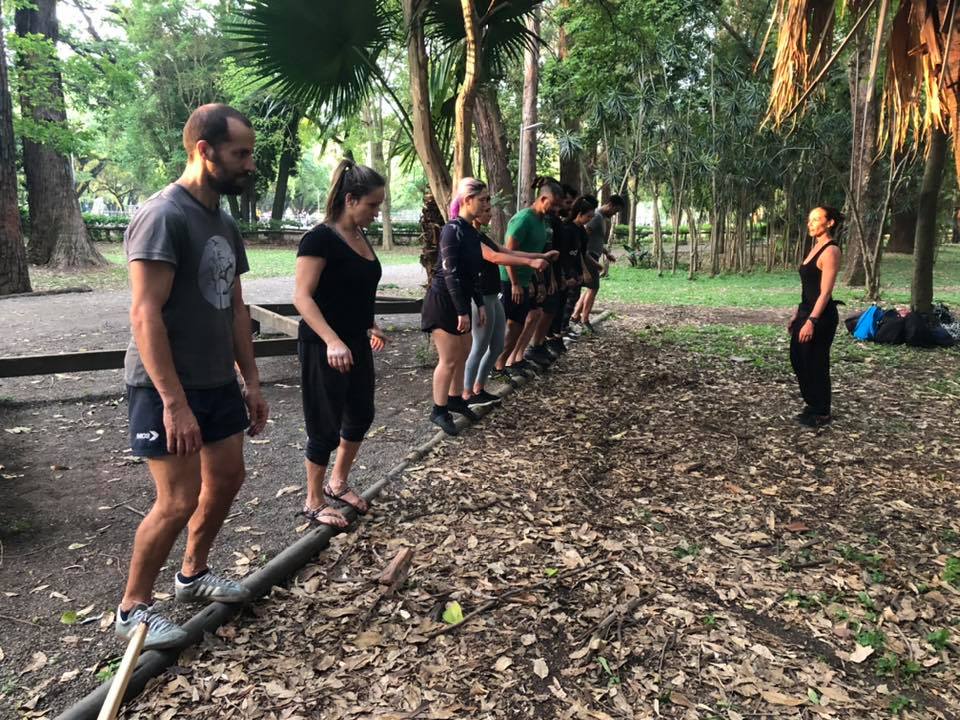 3 – MovNat uses developmental principles to “overhaul” your ability to move with ease.

Picture an old car. Imagine it’s starting to show its age. It’s got all the typical problems such as leaky joints, squealing brakes, and an engine that just doesn’t perform like it used to. Now, if you wanted to truly add some life to that car – let’s say another 100k miles – would you just wait for it break down, then “fix” each issue after it totally sidelines you? Or, would you be better off just having someone take the whole thing apart and rebuild it from the ground up? Remember, in this analogy buying a new car isn’t an option. You can’t buy a new body, after all! Hundreds of reality TV show mechanics would agree: it’s better to start fresh and overhaul your rig.

We choose the “from the ground up” method for body/mind restoration for this reason. Because it’s the only way to rebuild all the weak points in your body and truly re-boot the intelligence that created all those problems to begin with. We’ve witness time and time again that the most efficient way to become a better mover is to start with ground zero – literally, on the ground with ground movement!

Bottom line: MovNat’s style of progression is the ONLY method that connects a full spectrum of fundamental movement to high level movement with developmental logic (that includes progression of environment as well).

In summary, I’ll be the first to admit I’m extremely biased in my arguments for giving MovNat a try. But I’ve gained so much from both the simplicity and the sophistication of the practice that I can’t help but continue to be one of its biggest advocates.