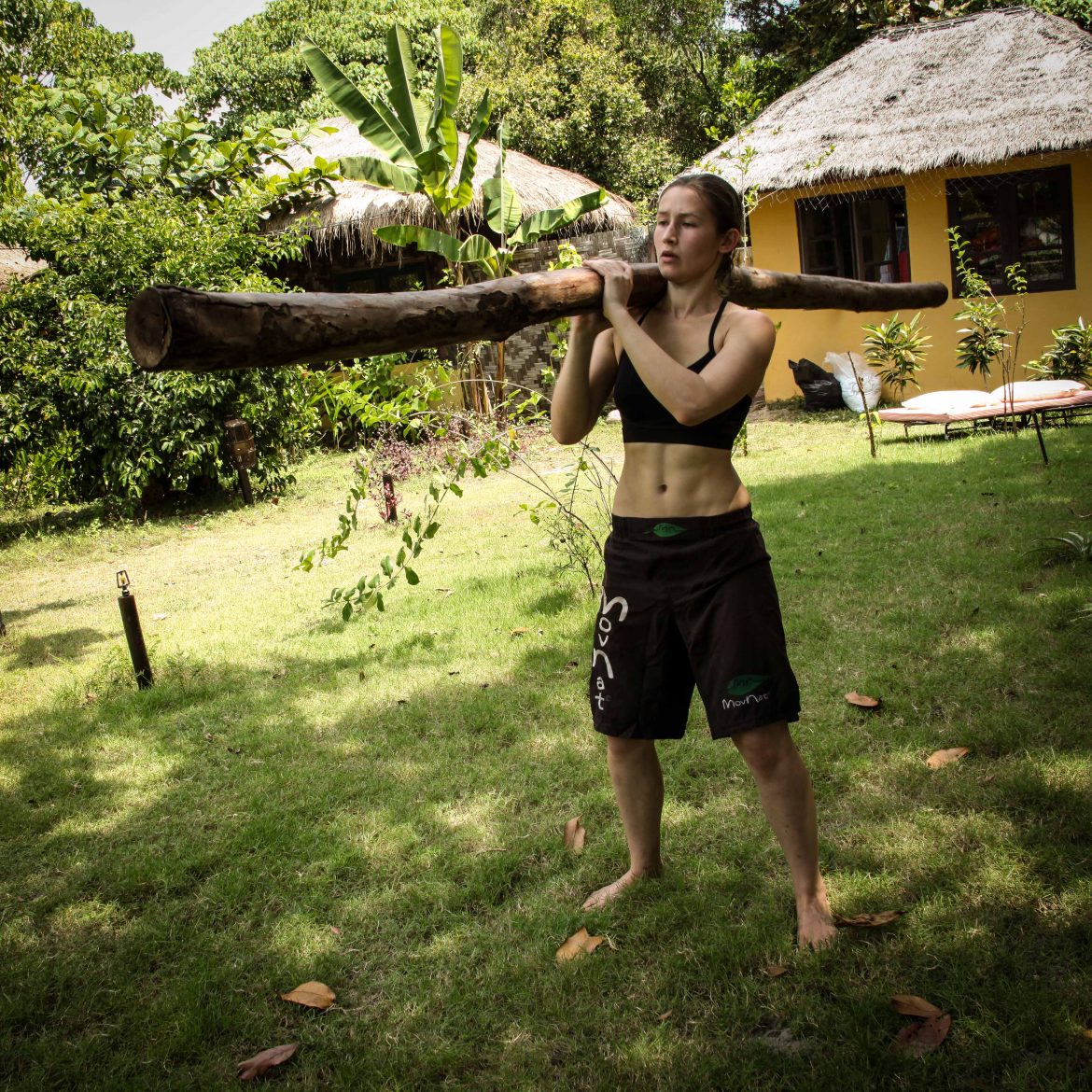 Is the MovNat Natural Movement System a step back when it comes to health, fitness, and exercise science? We believe it’s a step forward.

Hi Rob. This is a great philosophical discussion point, and it’s likely a thought process that many have when they look at MovNat. Thanks for bringing it up, and I hope you are open to some fun discussion from a different perspective!

MovNat isn’t about regressing to primitivism. It’s simply about engaging with the world around us through movement patterns that are practical and relevant to any environment. It’s a timeless way we develop/maintain our physical abilities and slow down the aging process. It’s also how we maintain key aspects of our cognitive abilities, evidenced by a growing body of modern research (explained and referenced below).

On a deeper level, I have to disagree with your statement that rising above nature is “the essence of what makes us human.” I agree that this is the direction that the majority of our population has voted (whether consciously or unconsciously) for over the last 10,000 years or so. But if something was truly universal to human beings – an irreducible “essence” – then all human beings would agree that “rising above nature” is the goal.  And our collective actions and mentality would support that quest. But, the anthropological evidence just doesn’t support that notion. More on that below as well.

So here’s the long version.

As the great majority of the populations of the world push toward “progress,” characterized by more sophisticated technology, we often neglect the infinitely more sophisticated biotechnology that lies within our human organism. According to the law of entropy, any organized system – whether that’s a computer or a living body – will decay at an exponential rate without energy inputs to maintain it.  In other words, your system needs nourishment in the form of food AND stimulation in the form of movement/interaction/etc. to simply function optimally. There’s a mountain of research that supports this notion, and most of us already understand we need to move and eat well to some degree to thrive in life and slow down the aging process. Why do the therapeutic fields of “exercise,” “nutrition,” and even the emerging emphasis on “meditation/mindfulness” even exist?  I would argue they exist as modern solutions to an obvious growing problem: our population is moving away from a state of deep health, and thus, interventions are required to maintain the states we used to have more naturally.

A quick thought experiment: Imagine you are at the grocery store, shopping for your family. Which would you trust to provide a better nutrition outcome for your loved ones?

(1) a diet consisting solely of food replacement bars, uniformly engineered with micronutrient profiles for short term increases in performance, but were known to be insufficient for the long term requirements of the human body, and also were devoid of any beneficial biotics that are known to be essential for health, or

(2) a balanced diet of consisting of a variety of nutrient-rich, living whole foods.

Both are better than starving or a diet overtly devoid of the micro/macro nutrients we need to survive. But one is clearly superior than the other for maintaining the body and mind on a long enough timeline.

How does that relate to exercise?

Like the engineered meal replacement bar, classical exercise is too sterile, too isolated/reduced, too myopic in its quest for short term performance, and often too abusive as a result.  It lacks the full spectrum of stimulation to feed the physical body, and the majority of modern exercise modalities actually over-stress certain aspects of our physiology to detriment. And, interestingly enough, since movement is strongly tied to cognition, the mind also suffers in the absence of a stimulation-rich movement practice.

The evidence points to the fact that just any stimulation doesn’t suffice either. It turns out only a specific type maintains the key cognitive processes, such as working memory, and stimulates synaptogenesis through the innate neuroplasticity of the brain. Research shows that the optimal type of “stimulation” is achieved through novel interaction with complex, “enriched” environments (read: nature, or man-made environments that simulate nature) as well as moderate stress via tasks that require work capacity (read: moving in nature or as close to the equivalent).  In essence, MovNat! 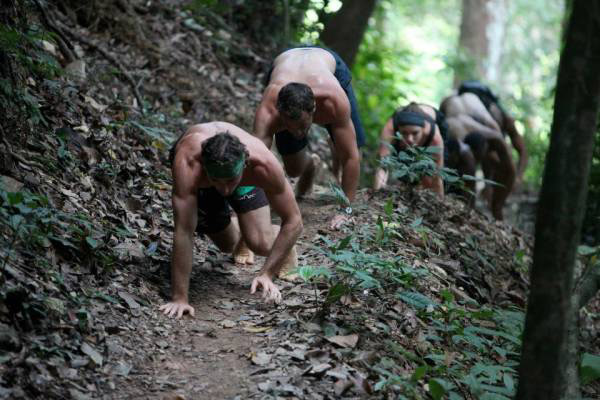 I’ll start this by saying that I am NOT saying we don’t have it in our potential as a species to “overcome nature.”  Clearly, we do to a degree. And the implications of that ability depends on each individual’s personal prediction for the future. Will “overcoming nature” mean destroying ourselves, life as a whole, and/or the planet? Or, will it mean giving birth to a better, more sophisticated version of the world via progress and technology? Nobody knows for sure, but that’s not the argument here.

The fact is that not all human beings support the idea that overcoming nature is a goal at all. Some populations strive to fit themselves within the rhythms of nature rather than control them. I vividly remember the moment when I learned about the concept of “cultural relativism” in Anthropology 101 as a young student at the University of Virginia.  My mind was blown as my professor explained how we in the West perceive our culture as the way every human being would want to live, if they were just given the choice…as if civilization is some sort of logical progression from “primitivism.” The reality is this concept is technically not accurate because it’s unproven as a progression toward a positive long term outcome (see first paragraph) and people don’t always make that choice when presented the option (often, they don’t!). The point is we Westerners often unquestionably believe that our “primitive” cousins who live within nature simply haven’t been given the opportunity to live as we do.

Turns out, this couldn’t be further from the truth. Populations around the world have historically fought and still fight against western civilization – and civilization in general – despite its lure of comfort and drive toward power, prestige, and absolute control. It could even be argued that our “civilized” push for more sophisticated technology, both historically and in real time, is a drive to not only control nature, but also each other. Thus, many have and still do passionately oppose it’s inertia. Either way, while some fight hard against it, many also have jumped on board across the globe. Maybe at this point, you’re thinking these minority populations of “primitive” people are simply resistant to change. But, the evidence again reveals something to the contrary: many of these people are simply happy with their position in nature, and civilization presents itself as a digression from that state of contentment.

Now, please don’t extrapolate that my opinion is western civilization is bad or evil.  It clearly has its pros (better medical care for emergencies, for example) and cons (see point #1). And a growing body of people even within western civilization are calling for a sustainable balance. The point is, the jury is still out on what’s the best path, and it’s just not a true statement to say it’s human nature to overcome nature. A more accurate statement is that overcoming nature is a pursuit made by select individuals – probably reflecting a strategy to attempt to maximize safety, comfort, and minimize energy expenditure. But the question is…is that strategy really working to fulfill all human needs?

Thanks for the comment, Rob. Despite my disagreement, I respect your perspective and I hope my perspectives are received with openness and tolerance. I truly believe that MovNat is a step in the right direction, if at least for maintaining and even potentiating the awesome power of the human body and mind.

3 Responses to “Is Natural Movement Primitive or Cutting-Edge?”