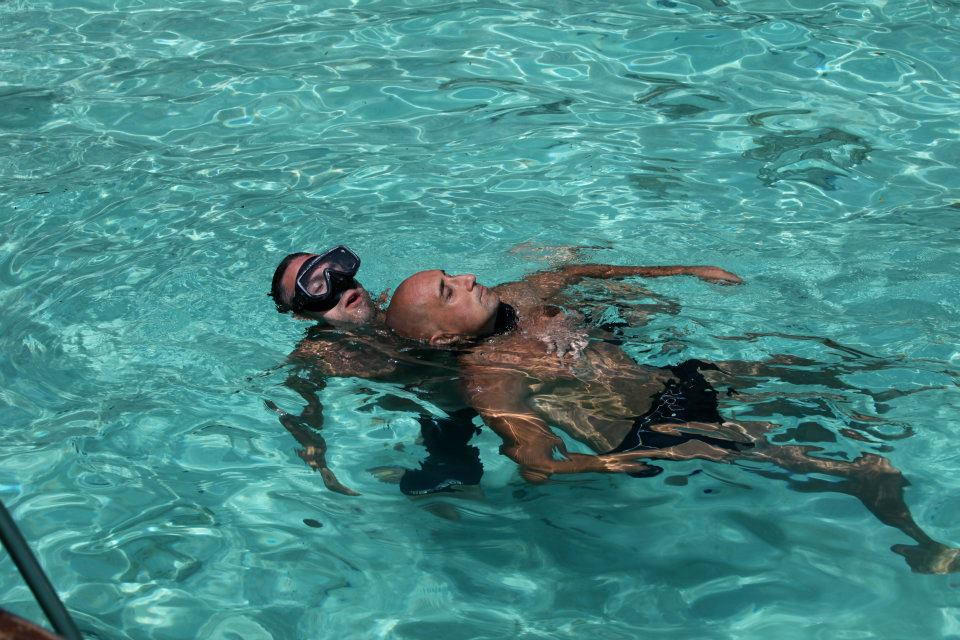 I always took it for granted that I “knew how to swim” – until attending the aquatics certification. I haven’t had such an improvement in my movement capabilities since I learned the efficient running technique. Since attending, I haven’t been able to stay away from the water for more than a day or two.

I signed up for the aquatics certification to level up as both a MovNat trainer, and aspiring “sea-steader” (like a homesteader, but on the water). Seasteading envisions entire floating cities by the year 2050, but until then, I’ve settled for sailing on the San Francisco Bay. Prior to aquatics, MovNat had already made me a much more able seaman – from hoisting sails, to lifting anchors, to jumping from the deck down to the cockpit. I’ve had to hop overboard a few times (long story), and expect to keep getting wetter as my boat takes me out to deeper waters.

I only took a handful of swimming lessons as a kid, but I loved going to public pools with friends until at some point I got tired of the chlorine and crowds. Still, I never lost the love of playing in and around the water. The aquatics certification has brought me back to a different sort of pool – the San Francisco Bay.

Before MovNat, I thought I knew how to run efficiently, having done long-distance running in high school. Similarly, until I took the aquatics certification, I thought I had mastered the basic swimming techniques of freestyle and breaststroke. Yet the breakthrough I experienced in energy conservation – relying primarily on gravity and the well-timed relaxation of the arms – was as profound a shift as when I learned the efficient running technique for the first time.

I tend to get hung up on the tension component of exercise – equating a strained effort with results – and I’m surprised when I feel depleted afterwards. Against this tyranny of the gym (and the swimming pool), I choose open water swimming as my go-to daily dose of movement and nature. Rather than deplete me, it refills my reservoir of energy. Few other forms of exercise demand as much mindfulness and intentional relaxation, while still moving the blood and providing a solid basis for fitness. 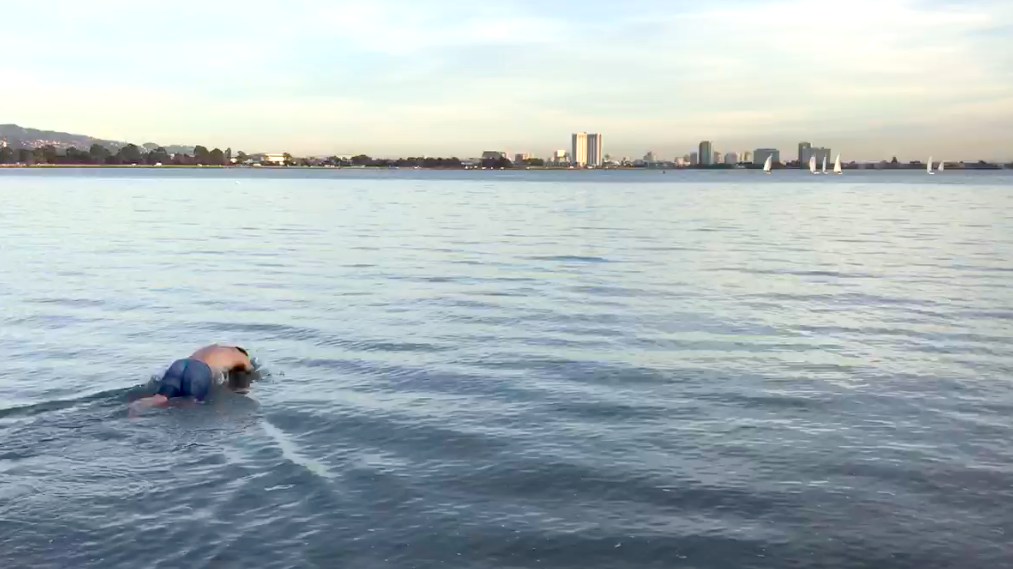 I was amazed by how readily my mind and body were able to adopt enhanced breathing mechanisms both above and below the waterline. On day 1, after warming up with a few laps in the pool, Vic (our instructor) tested our baseline underwater breath-holding abilities. I came up for air after just 45 seconds, knowing I would need to improve to pass the tests. Throughout the weekend, we learned to push past the point at which the brains thinks it needs air – well before the actual point of hypoxia (oxygen starvation). This allowed me to swim underwater for longer, and go farther and deeper. By the end of day 2, I found – remarkably – that I was able to hold my breath for nearly 3 minutes under the water!

Humans seem to instinctively know what to do in the water to stay alive. Unfortunately, most of us were conditioned by swim coaches who over-emphasize speed at the expense of technique.

You can’t resist the water. It’s bigger than you, tougher than you, and if you try to out-strengthen it, you will quickly get tired and submit to its depth. Most water is also colder than you, meaning your energy expenditure in water is automatically greater.

With humility, however, the MovNat swim technique can be learned by anybody. I had to learn to relax and let the buoyancy of my inflated lungs combine with the downward gravitational pull of my arms, propelling my body forward with minimum energy spent. Once you unlearn the old, inefficient ways, the new techniques almost teach themselves.

Every day, I hone my breathing technique (it’s all about sequence and timing) in the world’s largest swimming pool, while simultaneously accomplishing strength and conditioning. Best of all is the “even keel” that I have developed from doing regular cold exposure, in which I must adapt to the initial tenseness of getting in the water.

Every time I come out of the water, I emerge a better swimmer and a better sailor – perhaps even a better person. I recommend the aquatics courses to swimmers and MovNat instructors of all skill levels, and look forward to teaching the techniques to participants in a meetup that I host here in the Bay Area.

Note: The next MovNat Aquatics course is on sale until Monday at midnight EST (Nov 26, 2018). 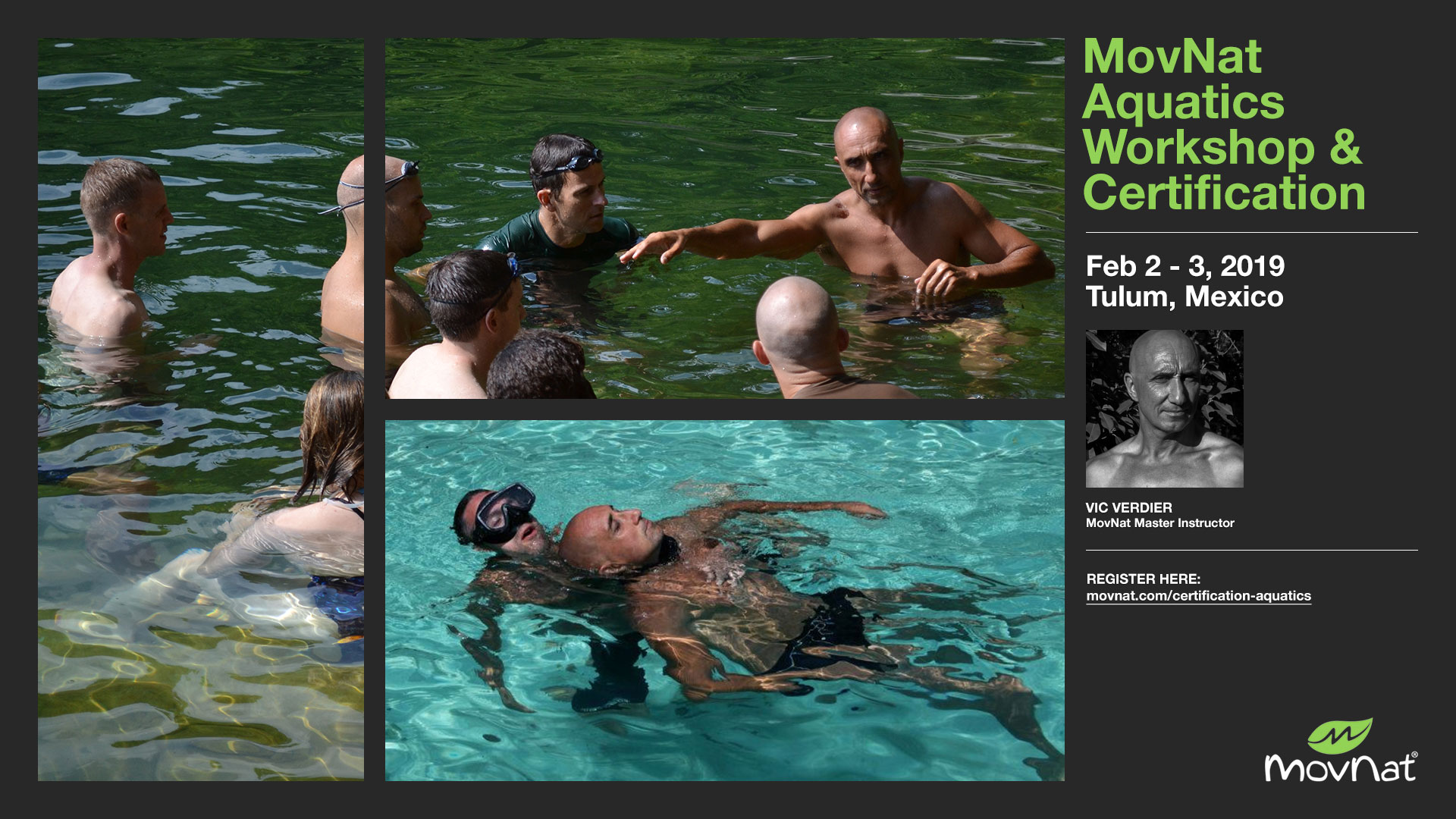 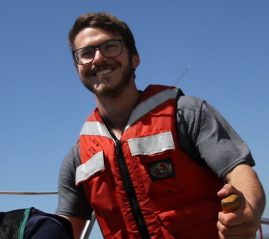 Charlie Deist is a level III MCT living in Berkeley, California. He co-runs a free natural movement meetup group in the East Bay’s wooded parks, and spends his spare time sailing San Francisco Bay. He seeks a greater integration of principles of MovNat with the art of sailing, in the maritime fitness tradition of Georges Hébert – the French Naval officer and founder of MovNat precursor “La Methode Naturelle.” You can follow his writing and thinking about the embodied life and “surviving the anthropocene” at ANaturalMethod.com. If you know someone who would be interested in joining Charlie at high tide, check out his meetup page here.

One Response to “I Thought I Could Swim: Then I Tried MovNat Aquatics (Review)”