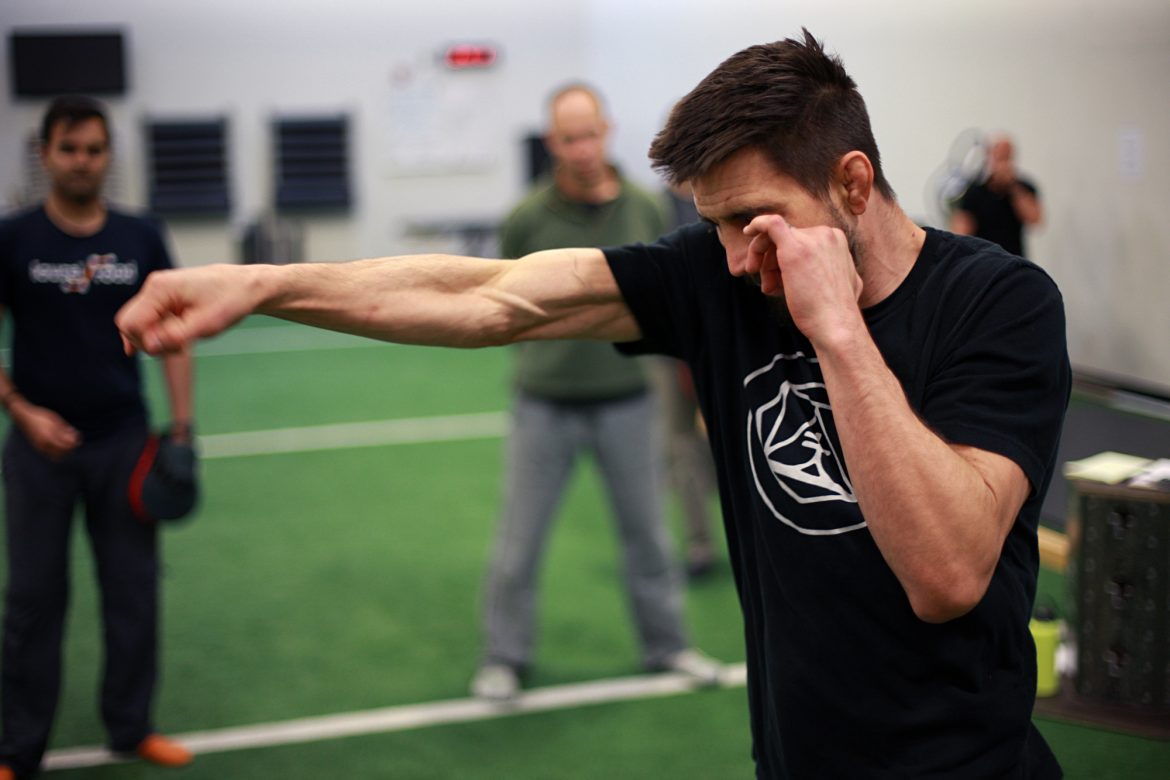 Combatives and fighting skills are necessary in a complete system of human movement, because they are as essential to survival as running, jumping, climbing, or crawling. Fighting skills were a central part of Hebert’s Natural Method, and I’m glad to see MovNat including combatives as an essential part of their system.

Carlos Condit taught us battle-tested techniques and gave his insight into fighting and violence as a professional mixed martial artist. Vic delved deeply into the psychology of violence and showed simple, brutal strategies to end an attack and escape.

This is MovNat, so there was nothing extraneous, nothing inefficient, nothing showy or flashy, just stuff that works; and drills to simulate real-life encounters.

Have you ever done Brazilian Jiu Jitsu in a car? Or in a parking lot next to a curb? Do you know how to manage distance in a fight? Have you ever put those traditional martial arts knife defense techniques to the test against a non-compliant and dedicated attacker? You might have to, and if you’ve taken MovNat’s combatives course you will be better prepared if you do. 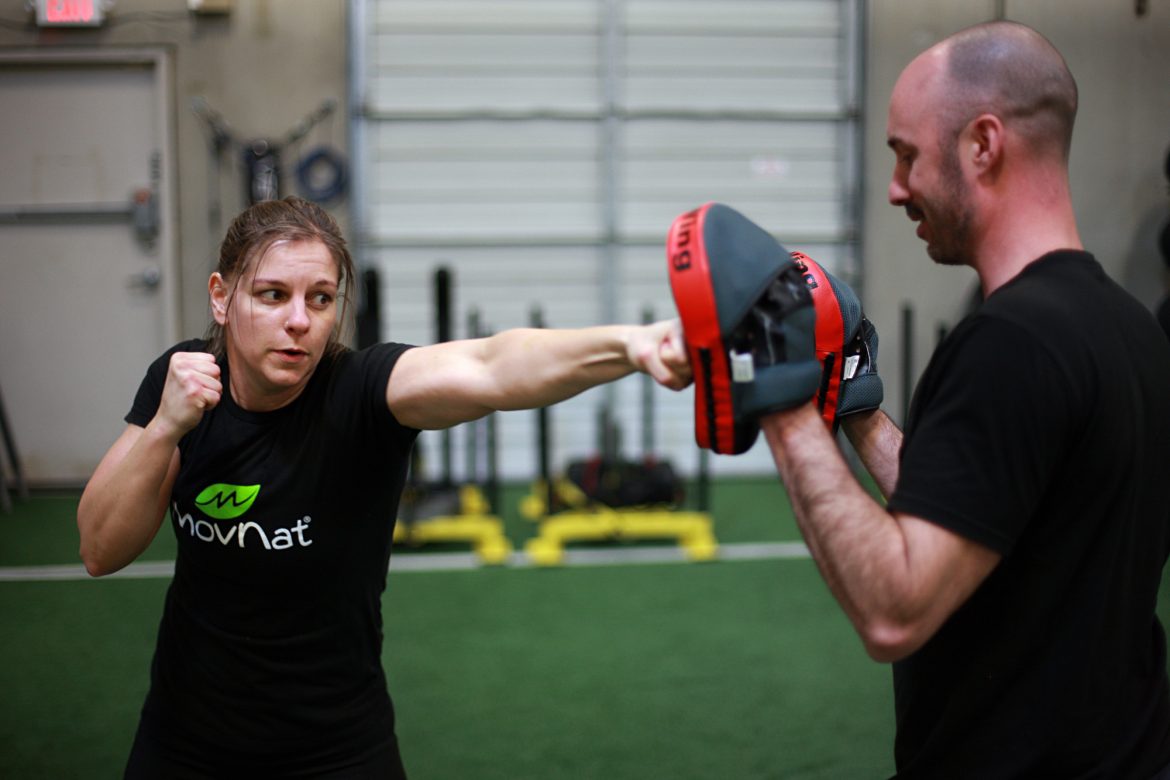 Vic didn’t make any promises about turning anyone into a world-class fighter, but he delivers a curriculum on the fundamentals of human combat that every capable human should know. This course isn’t to craft UFC champions. It’s to make capable human beings. And from my years of martial arts experience and knowledge of biomechanics and physiology I can tell you MovNat chose the right bits to include.

A final thought for those of you in the MovNat community who wish to forego combatives training, for those who think it isn’t necessary: do you know first aid and CPR? Do you think it’s a good idea to know those skills? For those of you who are CPR certified, how many times have you done CPR or the Heimlich maneuver? For most of you the answer will be zero. I’ve only done CPR three times and the Heimlich once, and I work in medicine.

Self-defense is the same. You may not think you will ever need those skills, but the stakes of not knowing them are too high. And when the time comes to use them, you’ll be glad you know what to do or very sorry that you don’t.

Part of not being a zoo-human is not being a victim to circumstance – any circumstance. So, be a puma, not a kitten. Grow your claws back, get undomesticated, and include combatives training in your MovNat practice. 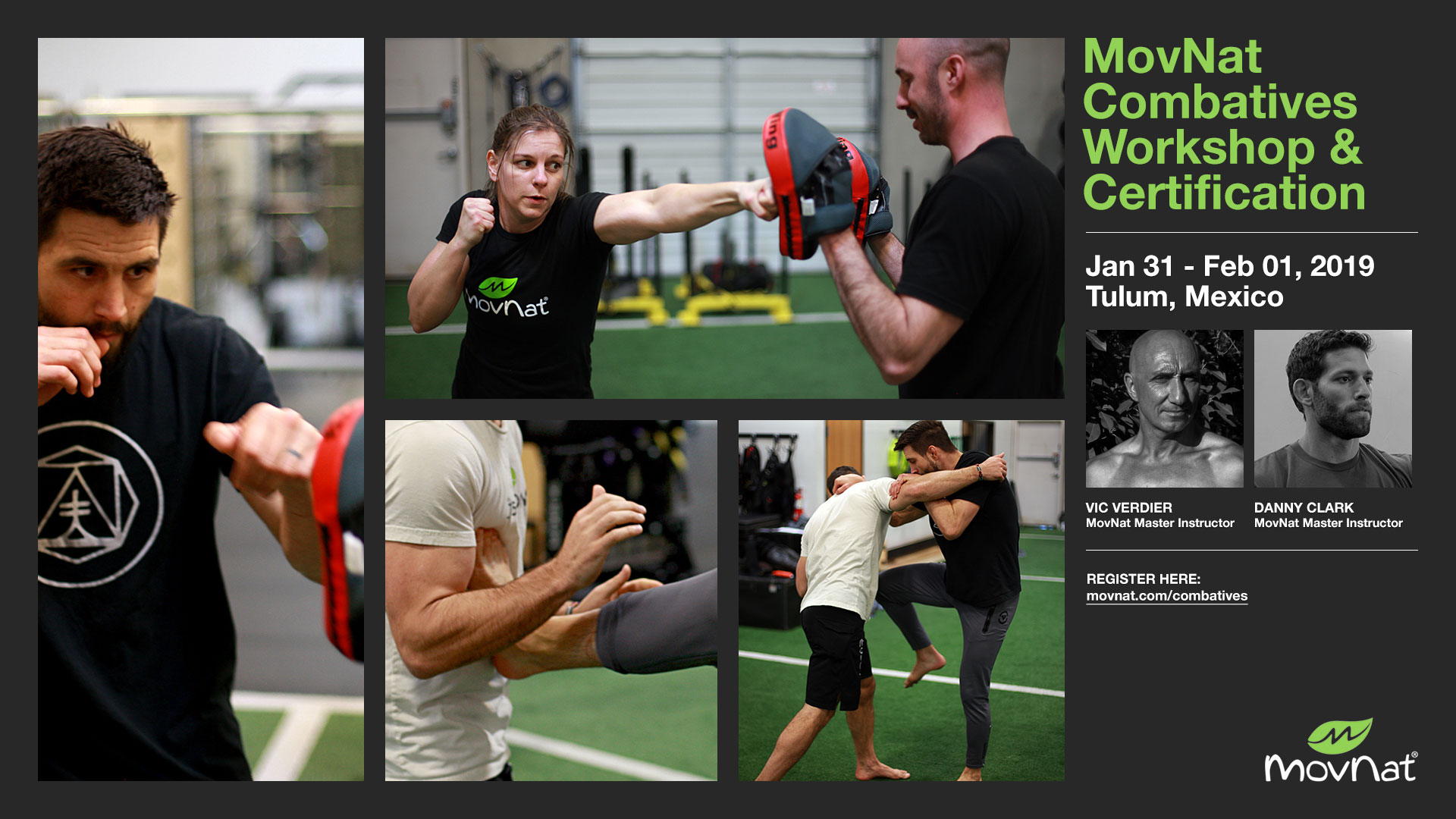 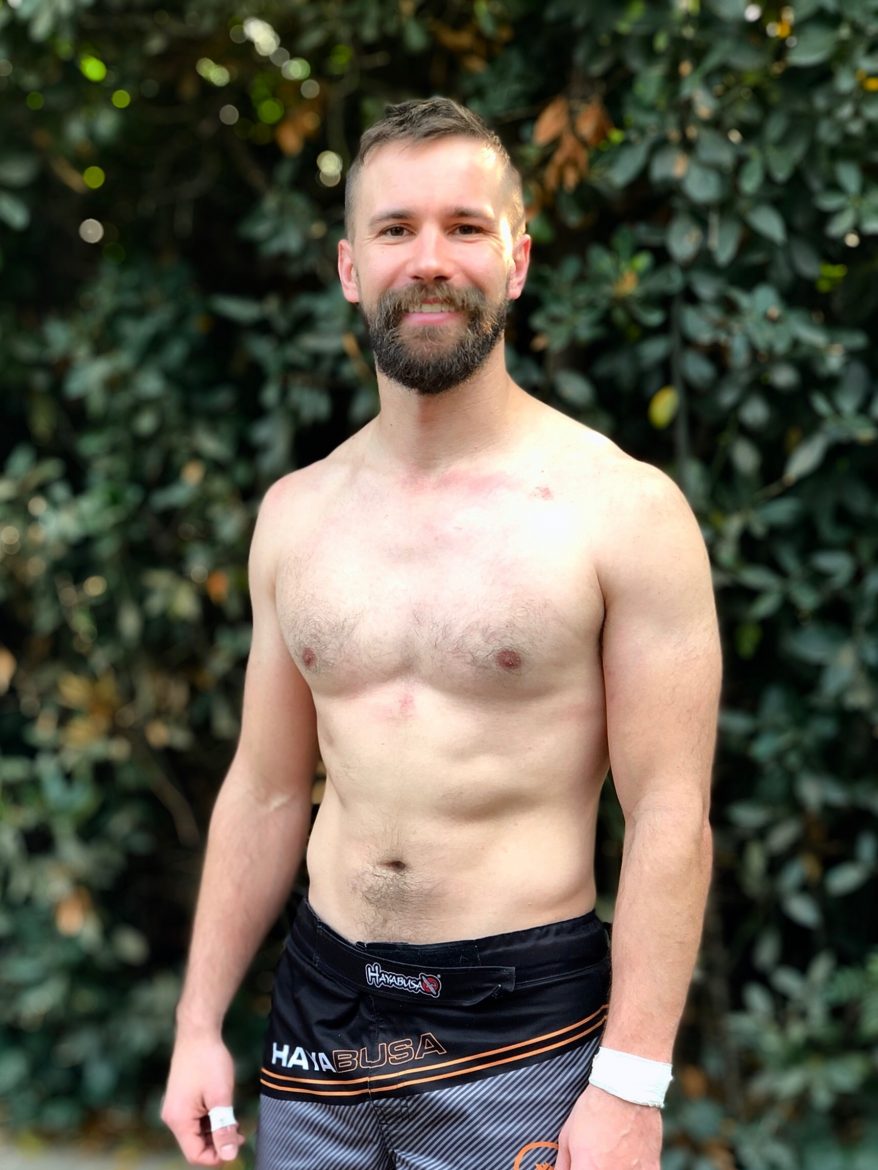 Cole Thornton is a doctor of physical therapy at a level 1 trauma center in California and a lover of physical culture. He began training MovNat while working as an EMT, and saw the immediate benefit of training natural movement skills. When he isn’t getting his patients up and moving he is probably submission wrestling, climbing, swinging a kettlebell, or rolling around on the ground like a kid. His job would be a lot easier if everyone had a little MovNat in their lives.